If you do a quick web search for Seville and cycling and you will find images of cycle lane separators that look like this:- 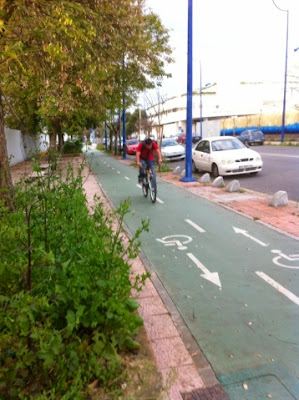 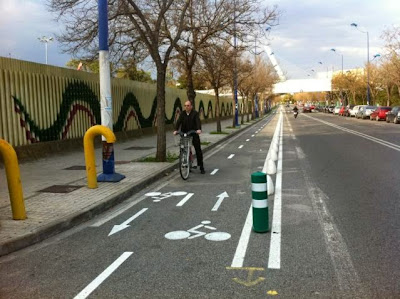 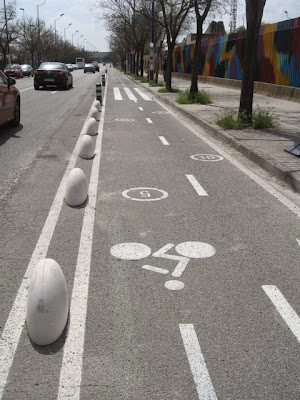 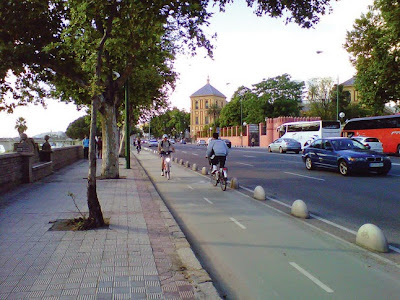 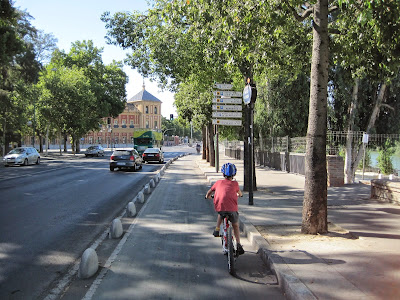 Pic via Which Way Austin 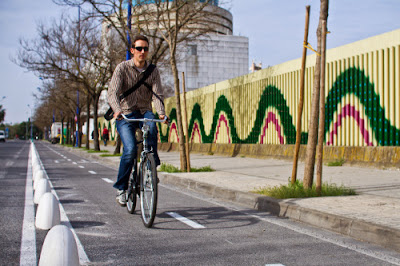 None of which are the cheap plastic armadillos being trialed in Salford. These are apparently known as "Tobys" and would do severe damage to any vehicle that tried to run over them. They have been chosen by Bristol in preference to plastic armadillos.