The recent death of student Jonathan Jarvis was in many people's minds as the ride formed up with flyers being handed round about the family's request for donation to road safety charities.

However, there were also people handing round biscuits and flapjack, a lovely touch.

The ride moved off into Mount Street, 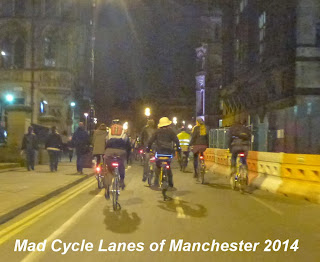 and round Albert Square past the town hall. 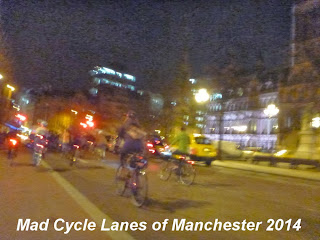 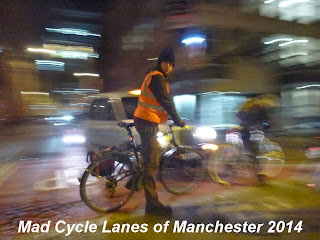 An unusual route into Fountain Street, then into Church Street, 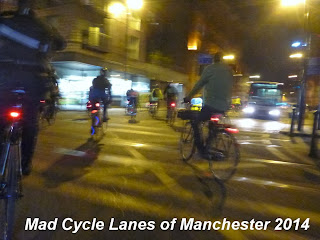 and right again down Oldham Street, 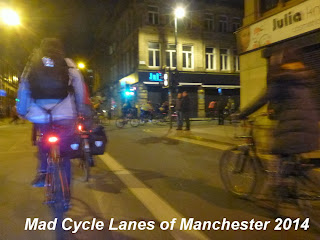 Giving a view of the big wheel. 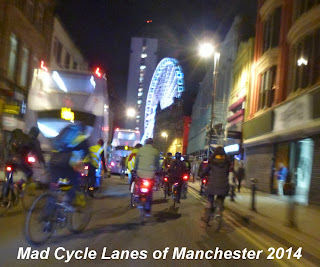 The mood of the ride was really cool, if somewhat downbeat. 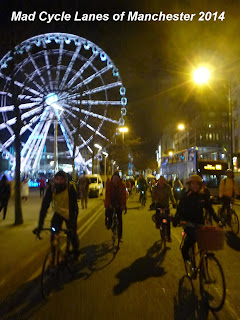 We then left the Northern Quarter via Stevenson Square, 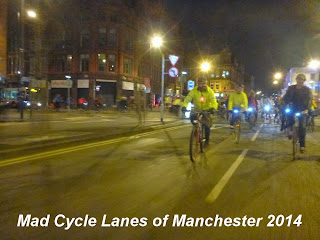 and down past Picadilly Station and onto Upper Brook Street, heading for Platt Fields Park where I turned back as I was getting very cold. 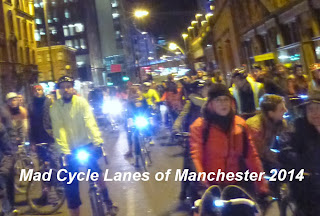 The ride was very coherent and communicative, at one point pulling aside as a group to enable an ambulance to get through. It felt very much as if everyone was looking out for each other as often seems to happen on the smaller rides. I think there were around 70 people on this one.

I had a number of people ask about the music I was playing so here is the playlist for you trainspotters out there, as far as I can remember it....

Pink Floyd "The Great Gig in the Sky"