All the Armadillos in Liverpool Street have now been removed. 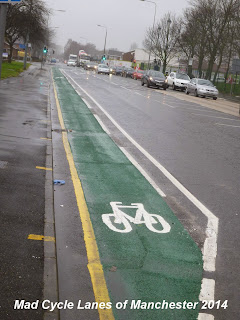 This entire set has been removed over the past couple of days. 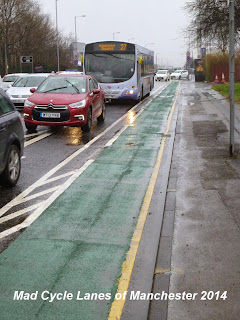 Sadly this doesn't seem to be the end of the story....

A third Armadillo has now failed at the site, this time the second along from the beginning this time. 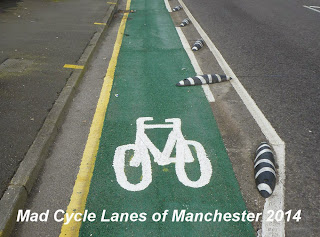 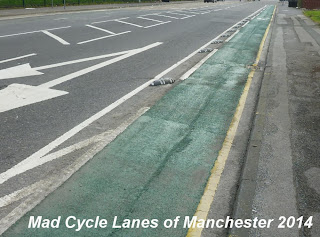 I have just been sent this photo by Nigel Blandford
(MCR Bike Commuter @NigelBlandford on Twitter). 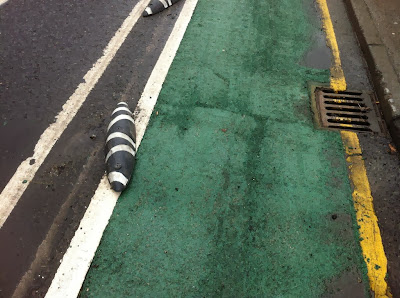 This is the third from last armadillo in Liverpool Street about to come free from its moorings, and he reports that the second from last one is still in place, but very loose.

This photo was taken on Liverpool Street by Sam Kalubowila Friday night 28th Feb at about 9pm. He posted the photo on Facebook today (1st March) and commented:-

"Cycle safety measure in Salford already come loose from it's mountings and becomes a massive hazard. Lucky I wasn't going too fast. Took photo then threw the lump off the road." 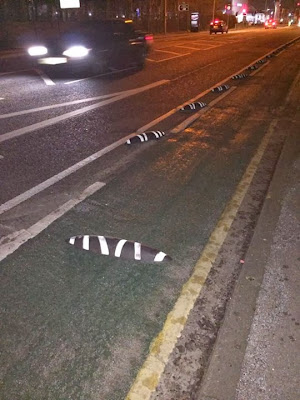 Back on 2nd Feb I went to have a look at the new instalation on Liverpool Street between Albion Way and Cross Lane. 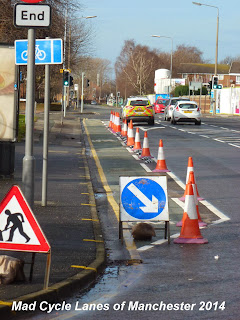 They were part way through installing the Armadillos. 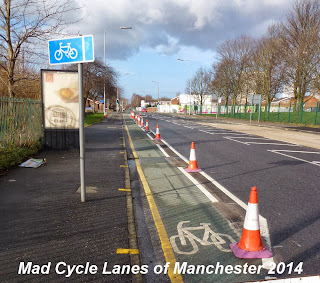 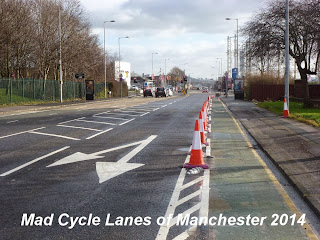 Here is the last armadillo in the sequence... 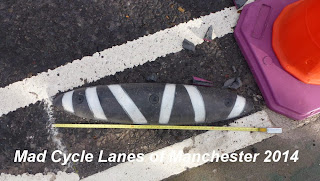 A week later, the cycle lane had been ripped up. 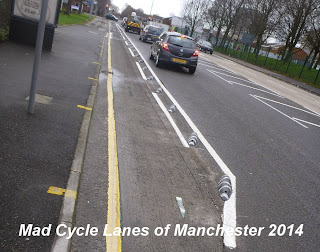 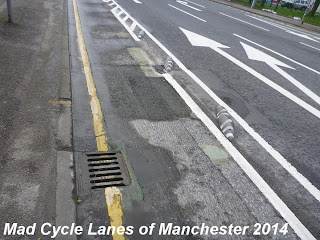 and by the 11th February, some green tarmac had been painted over the uneven surface... 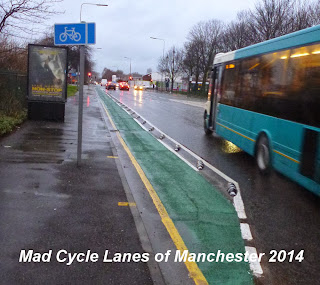 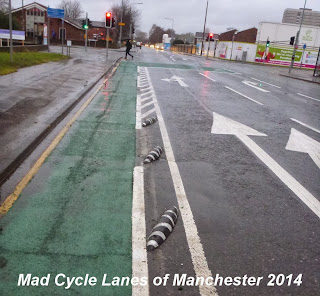 Today, 1st March, most of the armadillos are still in place, 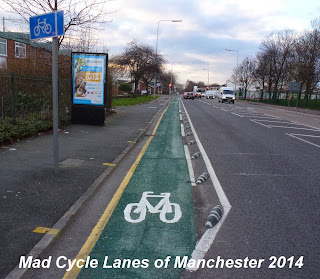 but you can see that the last armadillo is now missing. 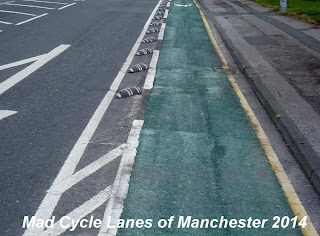 The three bolt holes are clearly visible in the road surface and someone had made off with the armadillo, as I couldn't find it anywhere... 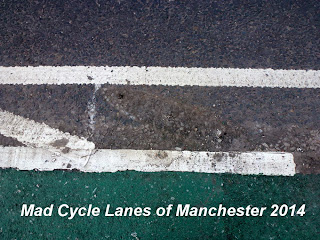 I then checked the armadillo at the other end of the road. This had marks on it indicating it had been run over by vehicles and is coming loose. 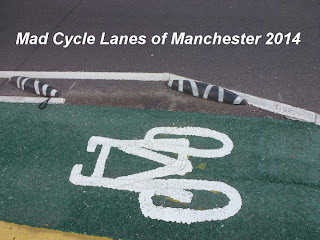 I thought this set of armadillos would have lasted a bit longer than this, but it is clear that they are slowly coming free of the road surface.