On a recent business visit to Belfast I managed to grab a few photos of the cycle facilities in the city.

Walking in from the ferry terminal, apart from some two-way pavement cycle tracks beside the one way system, the first significant sign of money being committed to cycling was a Belfast Bikes hire station. According to their web site there are 35 docking stations, but they are only located in the city centre, so no use for foot passengers arriving off the ferry from Birkenhead. 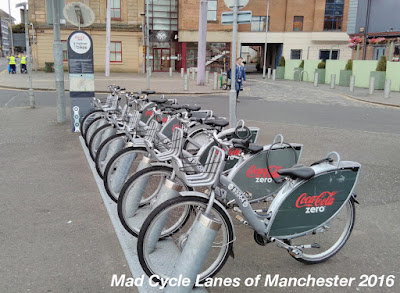 The next facility I came across was a two way bollarded cycle track with cycle lights in Upper Arthur Street. 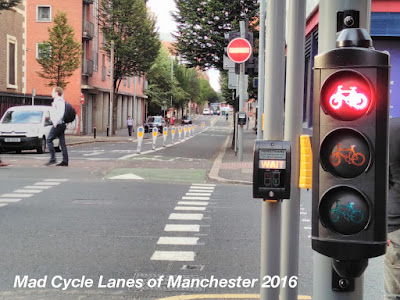 It was striking for the choice of white, cycle signed, flexible bollards. These are far more visible than any being used in the Manchester area and unlike crap armadillos they seemed to keep vehicles out. 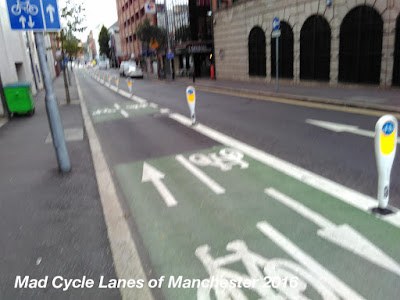 However, the interface with the crossing at Chichester Street was somewhat clumsy. 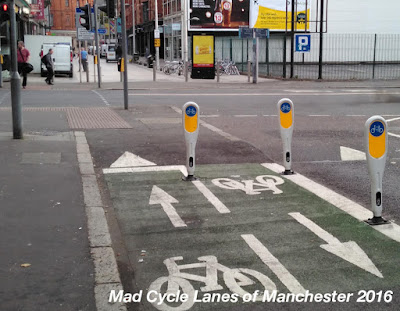 I also came across a single direction, bollarded cycle track in Queen Street. 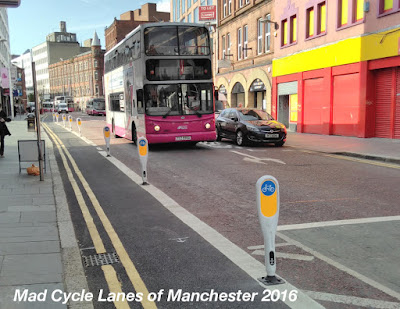 Though the bollards didn't reach the pedestrian crossing, and this blue van was blocking the exit... 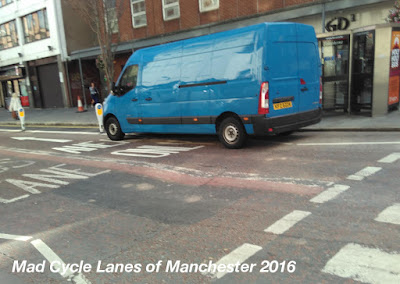 This track in College Square North was blocked by a container 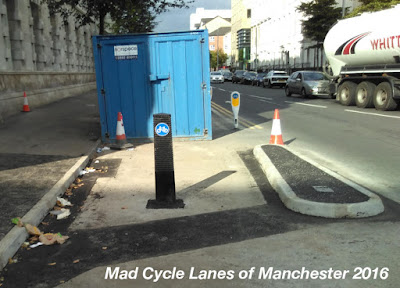 and vehicles, so I assume it was still being built. 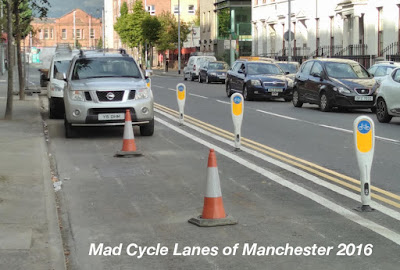 Overall I didn't see that many people cycling, though those that were mostly dressed in ordinary clothes. A significant proportion of the people on bikes were using the hire bikes, often in quite smart office clothes, so it seems to be having a positive impact. 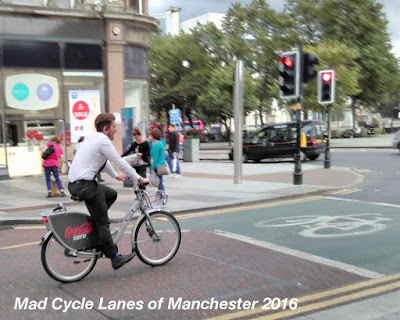