Parts 1 & 2 of the Irwell River Park are quite rideable for the most part, but travelling north into part 3 it all gets a bit difficult...

(Since these photos were taken there has been a cociderable amont of work on the route, including a new bridge - update to follow....)

The best that can be said is bits of it are being built, but most, if not all of it is unsuitable for anyone on wheels.

I tried to follow the route on foot back in August. The first section as you take the right fork just before Prince's Bridge looks good. 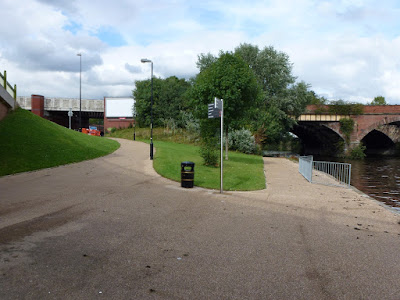 However, the path soon degrades as you go under the railway bridges. 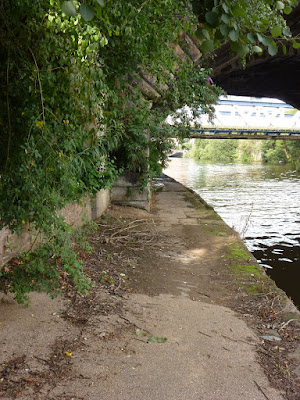 Once under Prince's bridge you go up over the entrance to the Manchester, Bolton & Bury canal 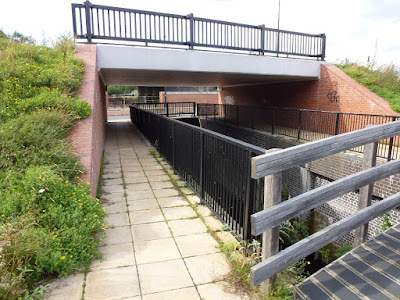 and down onto a mud path 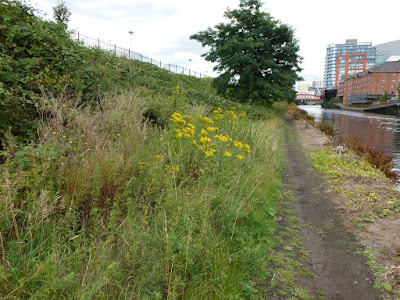 which narrows and becomes engulfed in bracken. 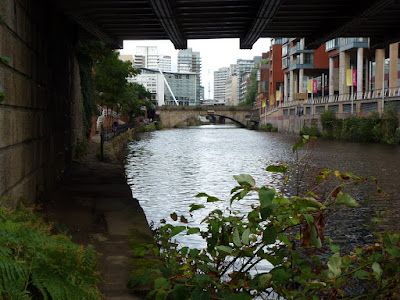 and whilst it then improves, the path goes up a set of steps to get round the Mark Addy 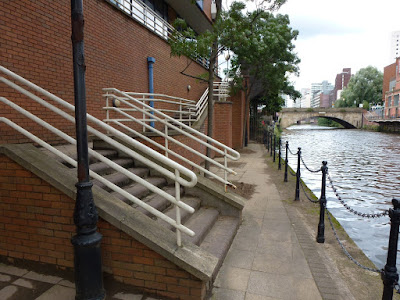 where the pavement doubles up as a car park. 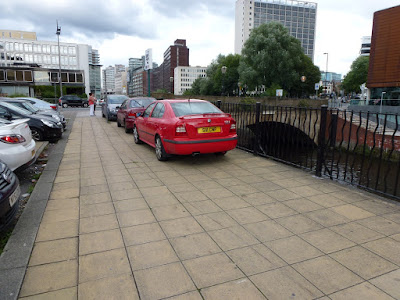 Across the road there was building work going on and the way was blocked. 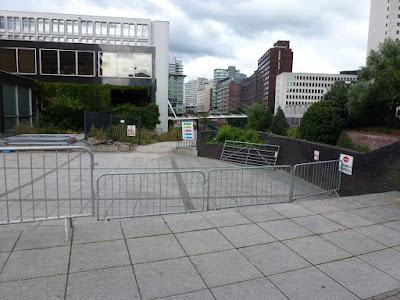 Further up by Trinity Bridge the path is wide and well surfaced, 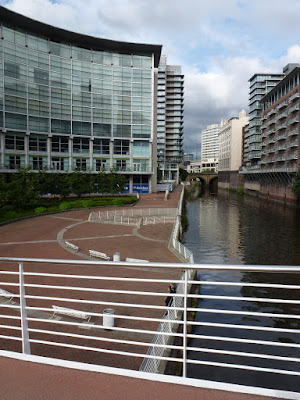 but ends in steps up to Blackfriars Bridge. 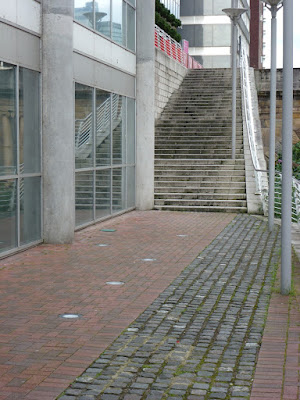 From trying to interpret a presentation on the park web site there are plans for another bridge at this point crossing over onto a path on the east side of the river flying above this section. 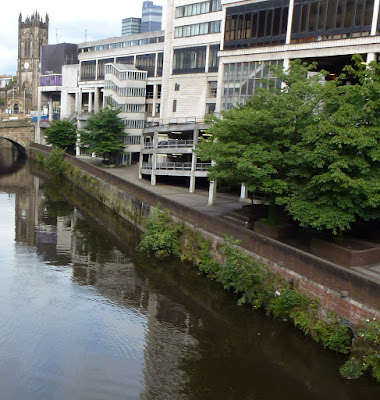 Then just north of Victoria Street Bridge, a new pedestrian bridge will cross back over to the west bank 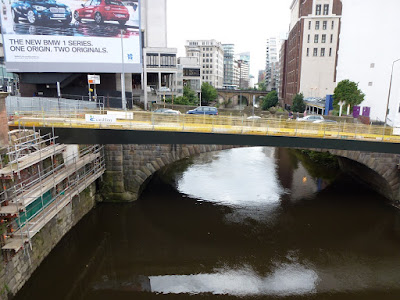 and into the new Greengate development where work is underway. 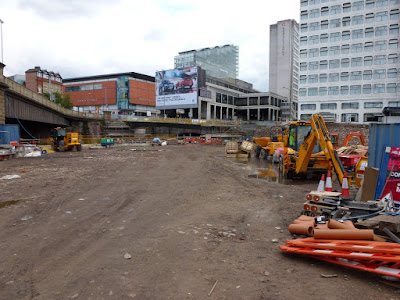 Finally there will be a crossing over Chapel Street and the long Greengate bridge under the railway will have a wide segregated path. 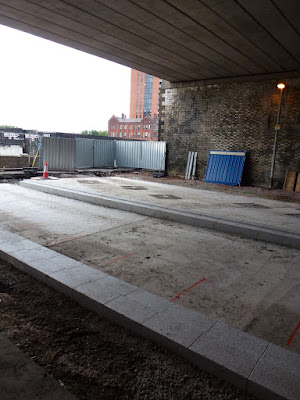 There is something about cycling on closed roads, more so motorways. Today the Mancunian Way was closed again.

Last time Northwest is Best and Jim both went for a ride - this time I went for a nose around.

This time Manchester City FC used the photo from Northwest is Best for their travel warning without asking the owner...

Update, MCFC have removed the image from their page, but it can still be found on their server here. 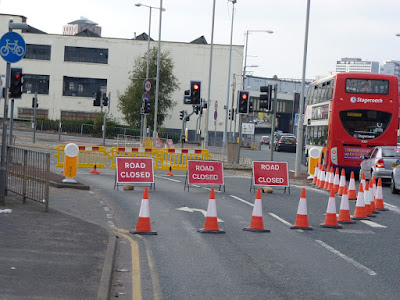 One moment the traffic and the noise, 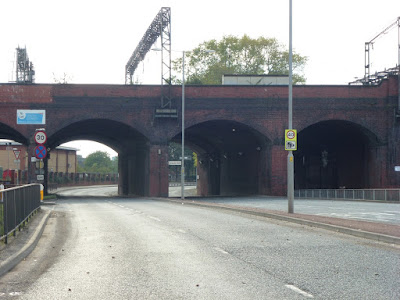 next the road is all yours. 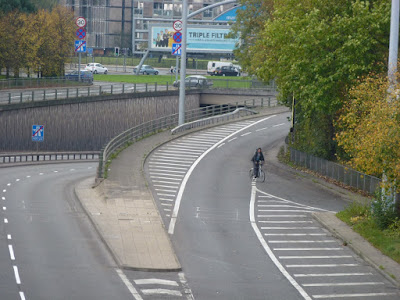 I wasn't the only one on a bike taking a look, though this one went off at the slip road. 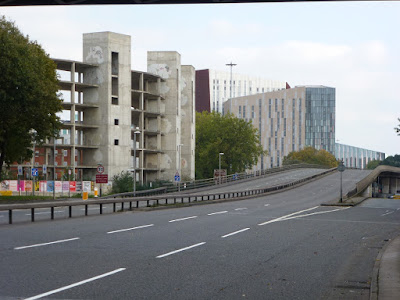 Time for a short ride... 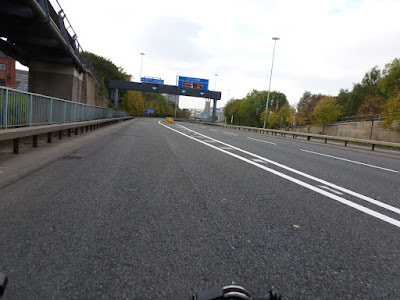 Short cycle lane in the MEN

The MEN reports on council madness on Bacup Road in Rawtenstall

Photo from the MEN