This route is entirely traffic free and runs for just over one and a quarter miles along the disused trackbed of the Roe Green Loopline in Salford. The Roe Green Loopline was opened in 1870 from Roe Green to Bolton, via Walkden Low Level. A key function of the lines was to support the surrounding collieries in conjunction with the Bridgewater canal, the largest of which was at Mosley Common, one of the biggest pits in the UK at its prime. 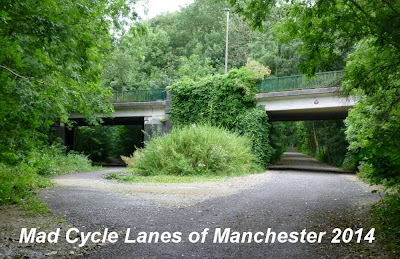 This post takes the right fork along the Roe Green Loopline. 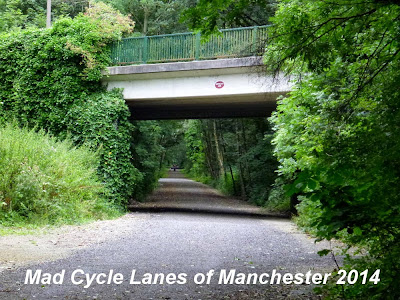 The path runs straight in a northwesterly direction from here. The surface isn't too bad comparedto the muddy conditions near the M60 to the south east. 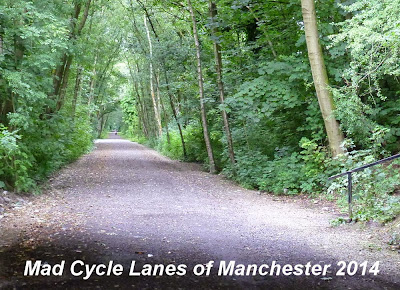 After a short while the path passes under the East Lancashire Road. 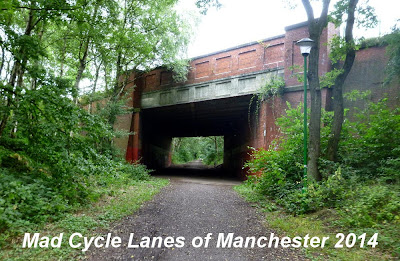 Then it opens out for around half a mile 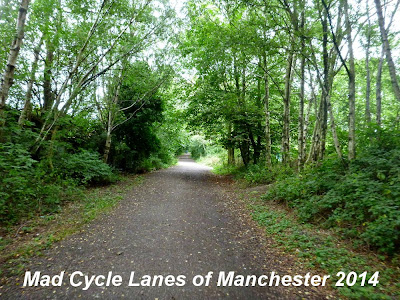 with the trees encroaching occasionally.

This is around the north western end of the planned improvement works. 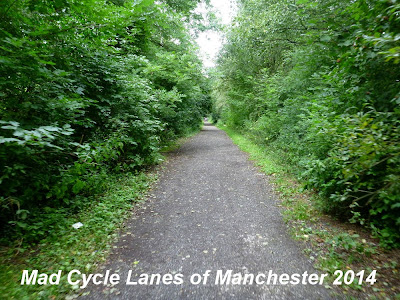 The path then passes under the Walkden Road 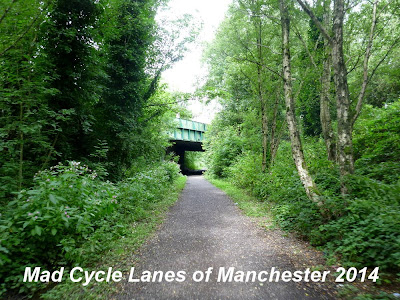 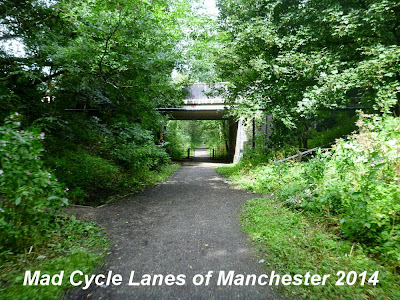 then under this high railway bridge 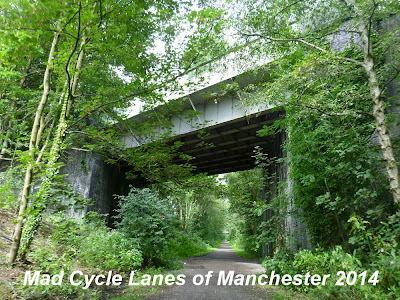 and then the Bridgewater Road. 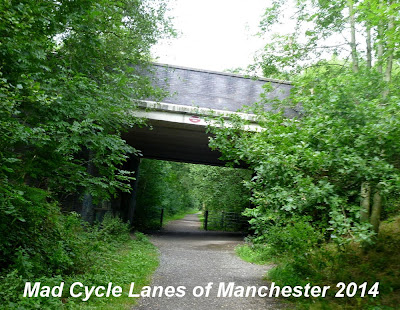 Soon there is a junction with the route of a railpath running towards the south west. This is labled the Hilton Lane Loopline on a map I have from Salford Council, but this does not match up with anything I can find. Further research needed, but this line leades down towards Ellenbrook and will be the subject of another post. 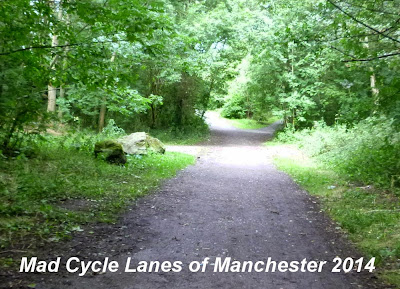 The path then rises towards Parsonage Road, take the right fork here 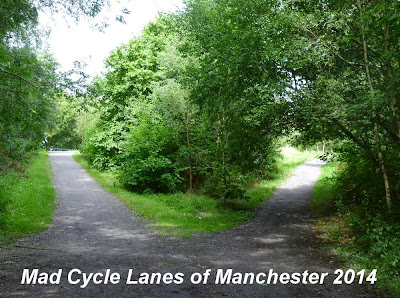 which takes you to the cycle barrier. 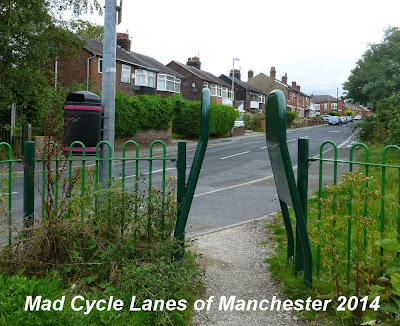 From here the rail path continues towards Bolton. The next post goes to the edge of Salford on the M61 and the boundary with Bolton.