It was a small turnout for the first Critical Mass after the clock change. The turnout has been low for much of this year, possibly because the ride has received very little publicity in recent months and the weather wasn't great. This time last year there was a far larger ride despite it raining. 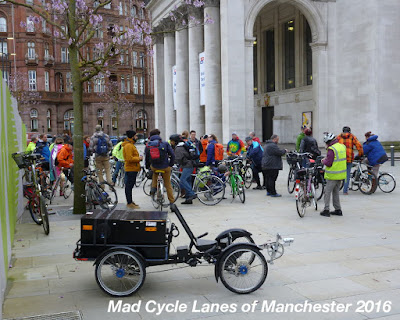 Though this lifted my spirits somewhat. 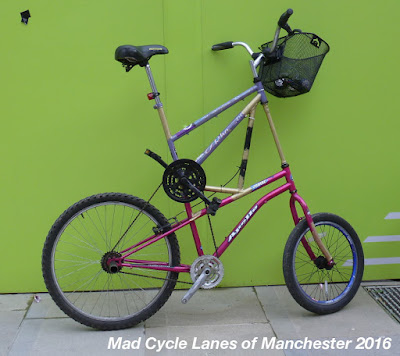 The ride moved off as usual... 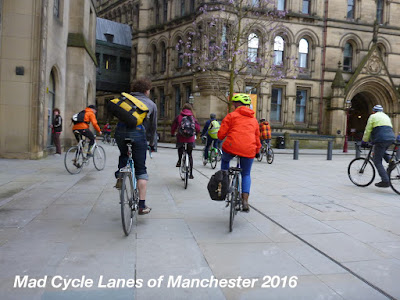 but I soon got shouted at for riding too fast. However, small CM rides need to move at a reasonable pace to stay safe. Two of the GMCC crowd then went to the front and slowed the ride down - too much. 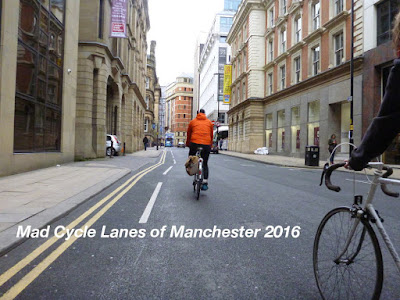 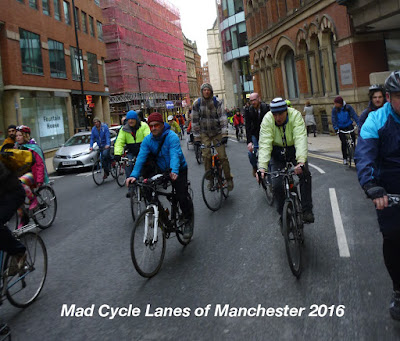 This guy was definitely the highlight of the ride. 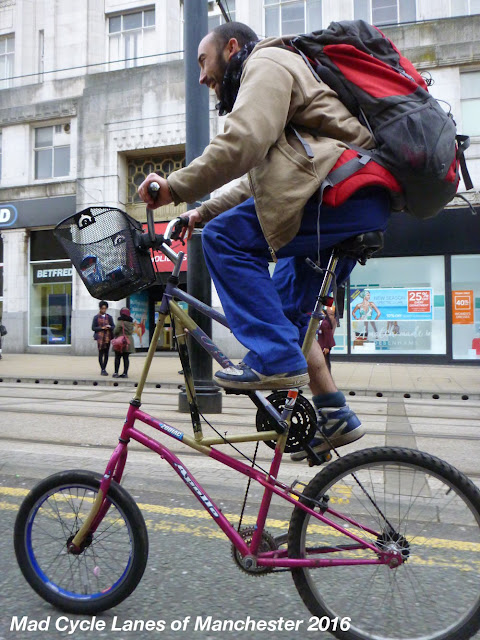 Slowing the ride down caused trouble. The ride was overtaken by a couple of cars, and then this bus driver tried to force his way into the group of riders. 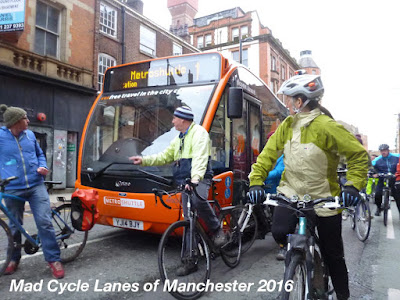 Things then got silly. In the Northern Quarter the ride turned into High Street, 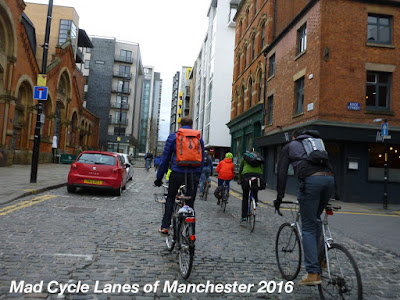 and onto the cobbles - a rather unpleasant experience for those of us on small wheels. 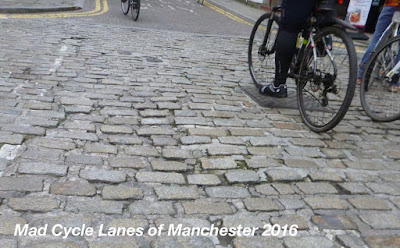 Then the wrong way down two one way streets. 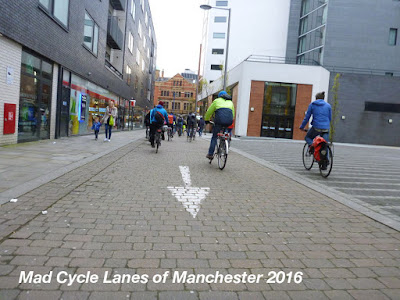 Eventually leading out onto Deansgate. 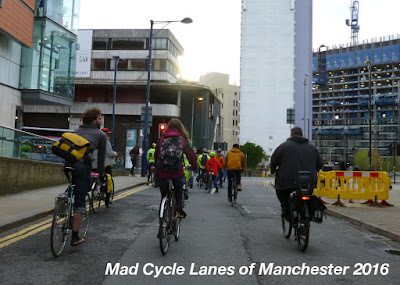 Here, we were joined by Deliveroo motorcycles, this one being driven along the pavement. 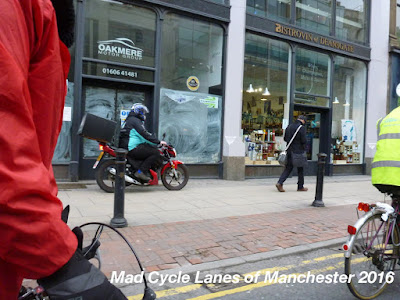 By this time I decided to leave the ride at the southern end of Deansgate. 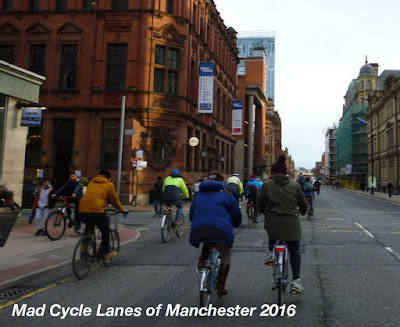 Let's hope we get a much bigger turnout and some better navigation next month.

Only a small part of this dangerous cycle route has been modified, the rest is probably the most dangerous part.

This was how it looked back in March.

One has to wonder what this all cost. Perhaps I'll get round to an FoI request...

Not sure this needs any words... it's just unbelievable.

Watch out for the way that motor cycles have been parked on the cycle track...

Once Oxford Road has been sorted I suspect this will be chaos.

A view from the handlebars - the Curry Mile cycle slalom and beyond - watch out for the point where I get cut up by a bus driver...

Thrown together from bits & pieces.

Did you spot the advance cycle green lights? Blink and you miss them - tokenism at its worst. 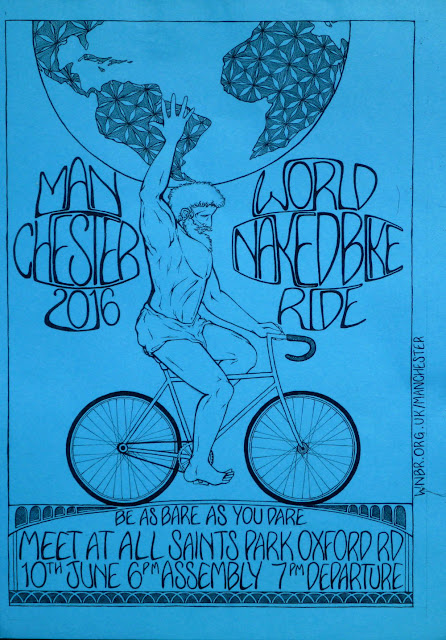 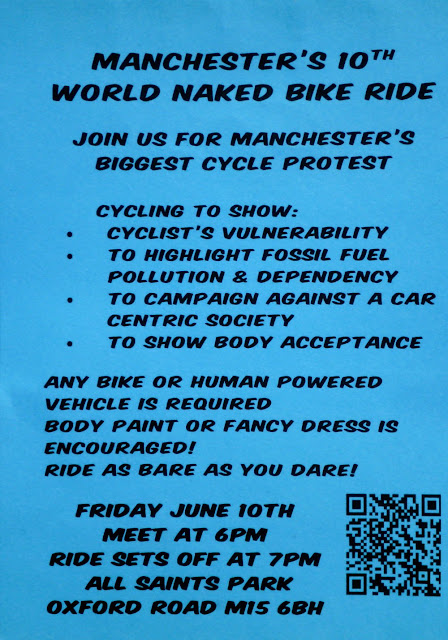