This is a continuation of the Bridgewater Way, Manchester Ship Canal to Monton Green and also links to the start of the Tyldesley Loopline.

There is access here from Parrin Lane which is carried over the canal on the bridge that was built for the trams. 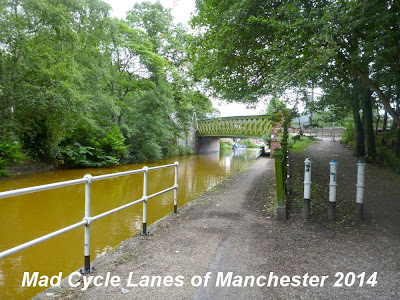 From here the towpath is wide enough and well surfaced. 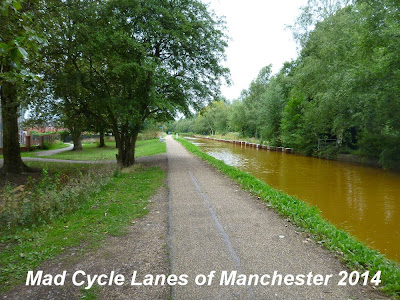 The canal at this point is almost rural. 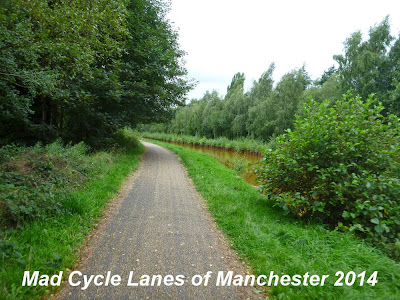 The path on the other bank is around Broadoak Park. 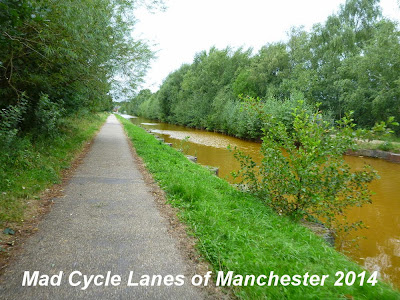 Beyond the park, the canal turns to the left and there is a tasteless new housing development. It is the equivalent of a 4x4 parked on the pavement. It is completely out of touch with the surroundings. 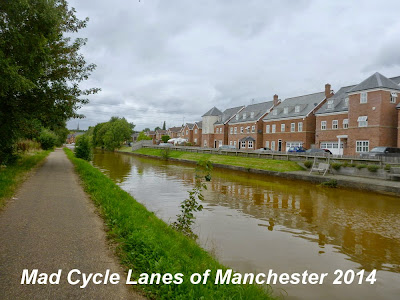 The houses beyond are even more bizarre... 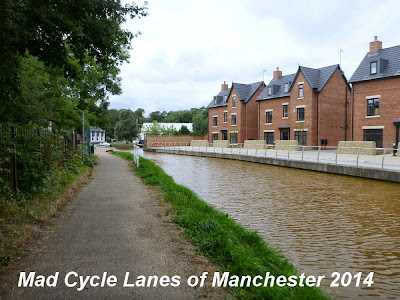 The canal then turns to the right again, 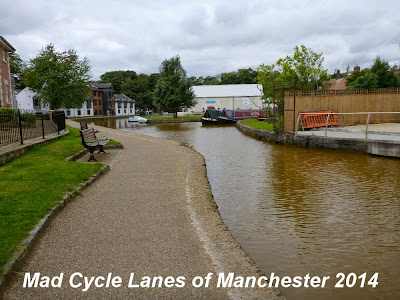 and passes Worsley Dry Docks on the opposite bank. 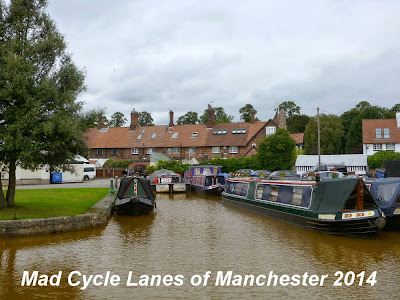 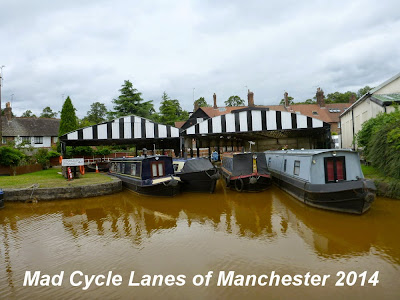 The canal now passes under a footbridge 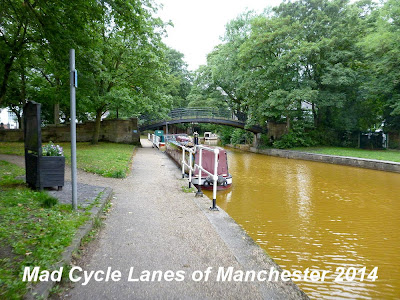 and heads towards the Delph. 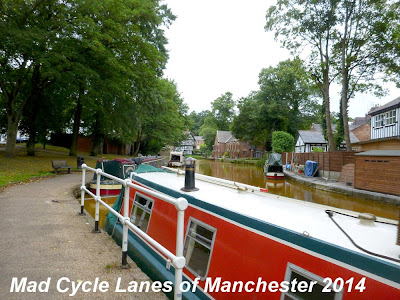 Here the access to the coal mines branches off the far bank as the canal turns sharply to the left. 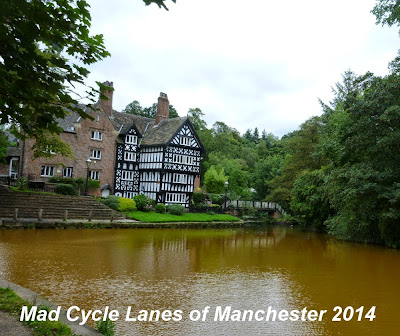 Then it passes under Burton Road. 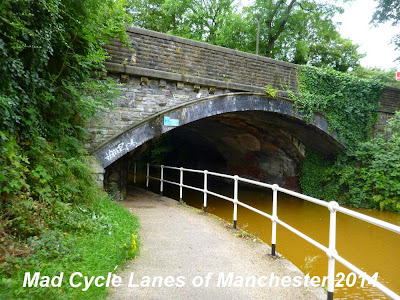 Watch out this is very narrow! 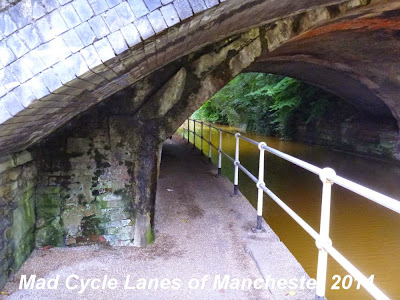 After the bridge is this crain. 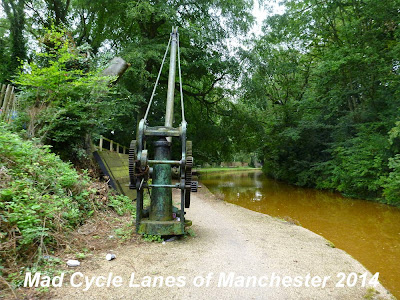 The canal then passes under the M60 motorway 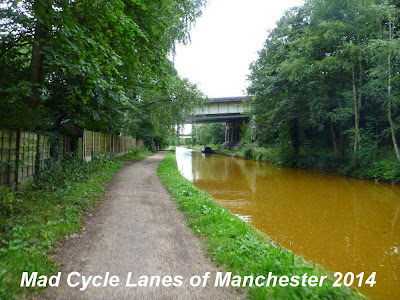 and one of its sliproads. 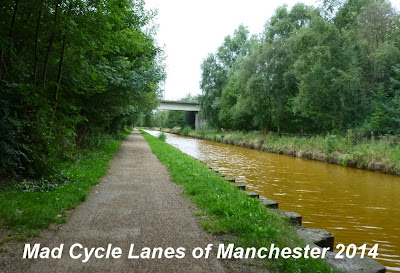 The surfaced path comes to a halt just after the bridge, at what looks like a water feed from a reservoir, though my normal sources haven't come up with confirmation of this. 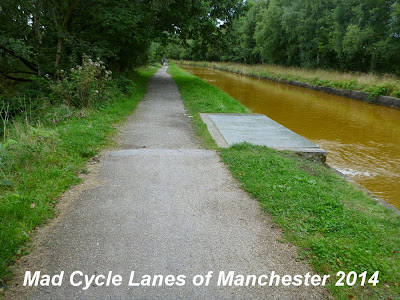