This was the first critical mass of the year to rolled off with some light still in the sky, and the MCRwomenbike theme had encouraged many more people to join the ride. 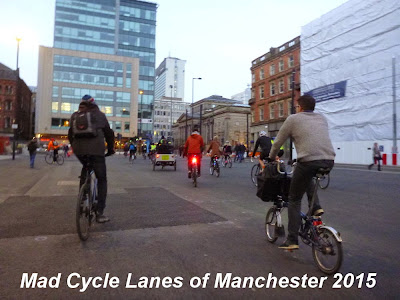 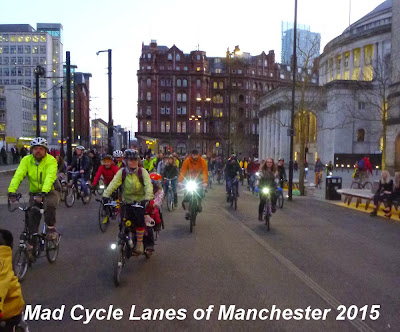 The city seemed to have quite a party mood from the start. We were greeted warmly as we passed China Town, this group were waving and photographing us. 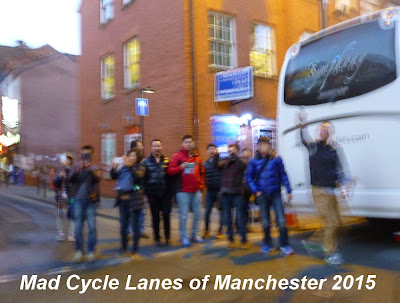 There were quite a few youngsters on the ride, including this tandem with child seat. 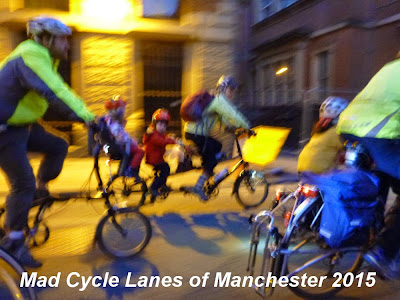 The group was quite large and held together well, safely taking the road space. 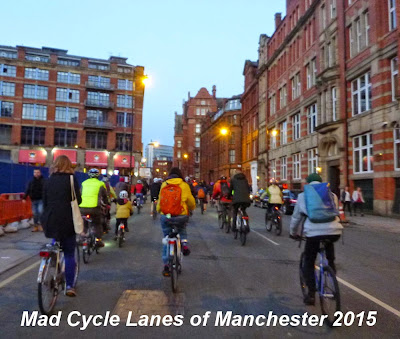 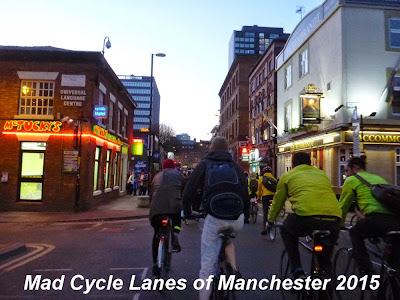 There were at least 3 sound systems again, and with the large number of riders we were mostly able to keep well spaced. 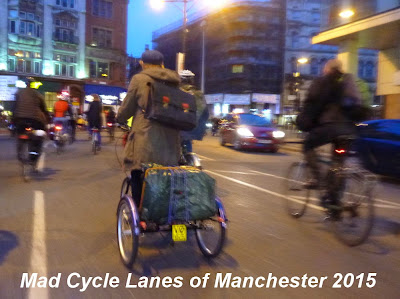 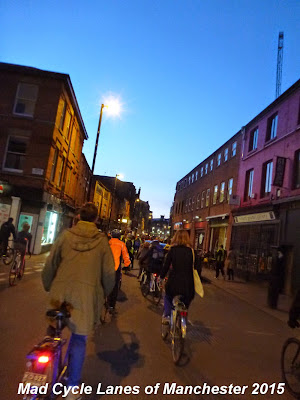 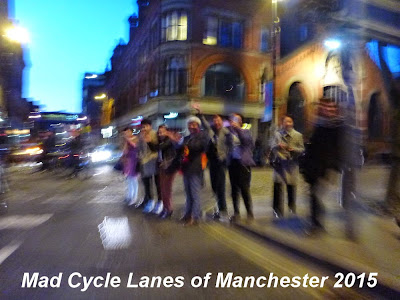 Unusually there were at least 3 tandems on the ride. 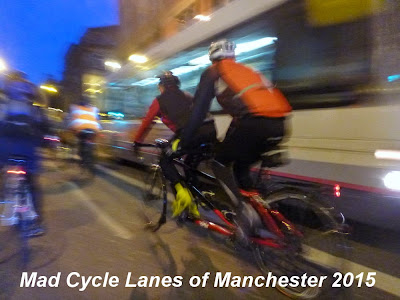 The ride ended by heading north into Ancoats. 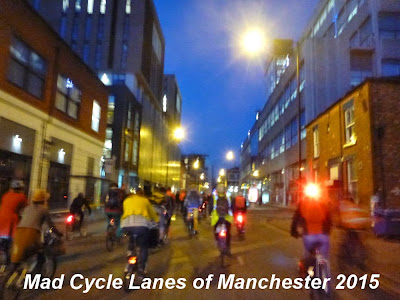 Riding through quiet streets was a contrasting experience with the city centre. 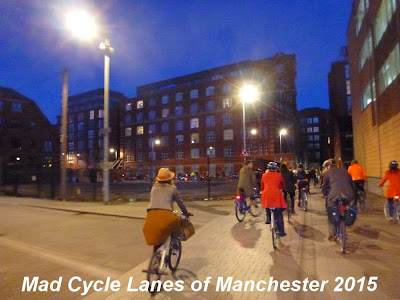 The finale of the ride was returning towards the centre down Oldham Road with the half moon and Venus clearly visible in the sky. 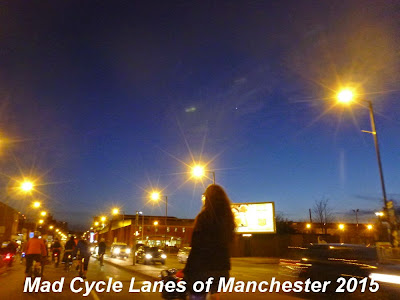 A magical moment of calm on what is normally a busy road with speeding traffic. 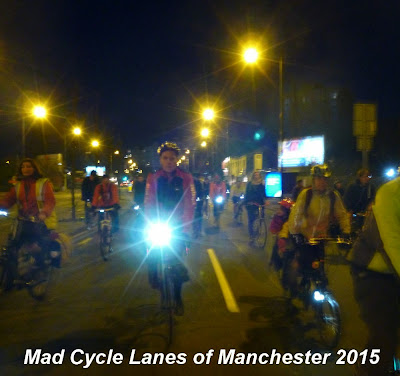 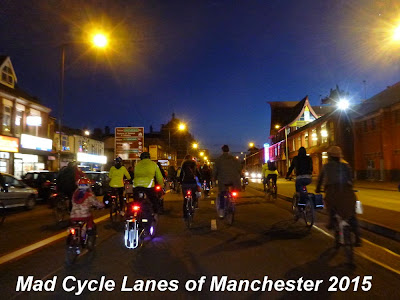 The ride ended at Popup Bikes for the MCRwomenbike Closing Party, with pedal powered music, a rolling slide show of all the photos and the wonderful Anna PowWow running the show & handing out the prizes. 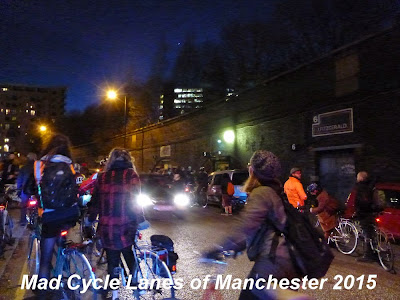 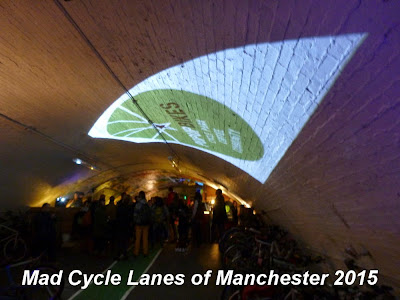 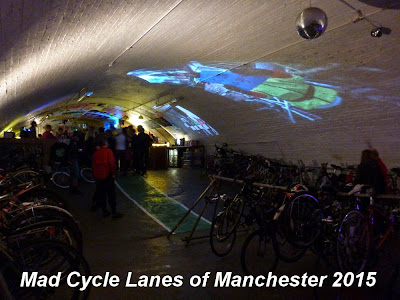 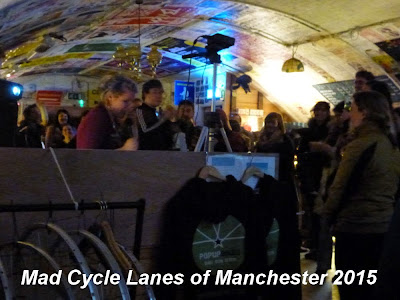 A great evening out!