This post follows on from Bridgewater Way, Mosley Rd to the Ship Canal. Following the nasty left turn out onto the road you go straight onto the Barton Swing Bridge. This is a pretty horrible experience, narrow with almost no pavement, drivers seem especially impatient here and will overtake cycles quite dangerously. 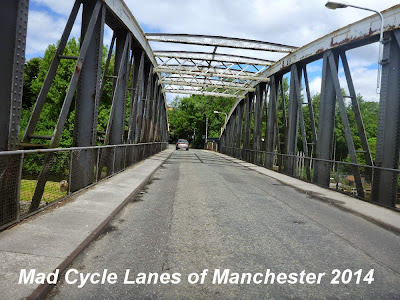 After the following junction and a short climb, the traffic calms down a bit and the canal reappears on the right. Unfortunately the tow path is very narrow at this point and you have to lift over the continuous Armco barrier which is designed to prevent idiots driving into the canal.... 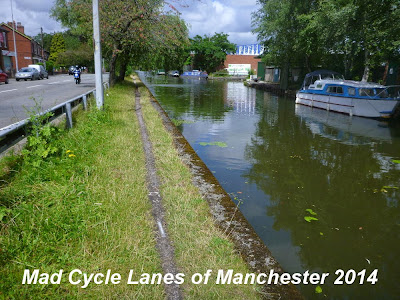 This section is best walked. You pass a small boatyard on the other bank, 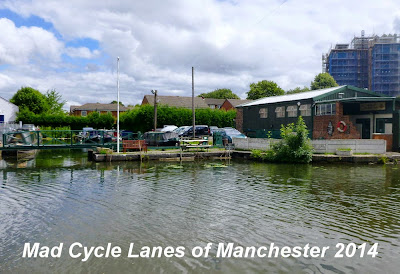 then pass under Patricroft Bridge which carries the A57 Liverpool Road. 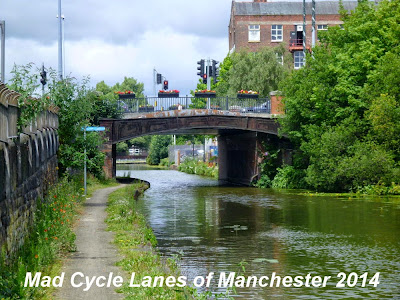 Past the bridge the path becomes ridable, though the barrier is continuous here too. 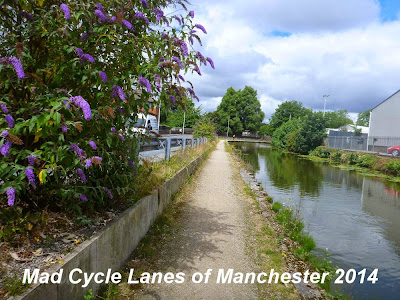 Not until after Worsley Road turns away from the canal is there a gap in the barrier. Here the road, Hall Bank, is fairly quiet. A little further on, the path passes under Stephenson's Liverpool to Manchester Railway. 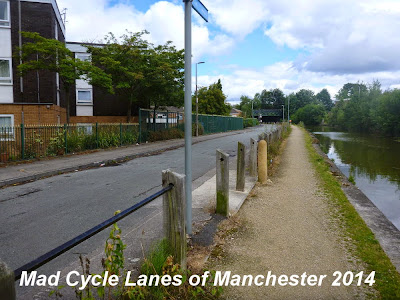 North of the railway the area on the opposite bank is mostly industrial ruins and wasteland. 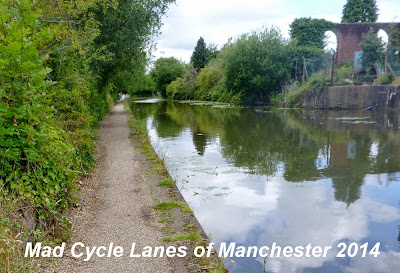 There is a short section of towpath which is barriered. Here the surface is heavily distorted by large tree roots and is quite narrow. 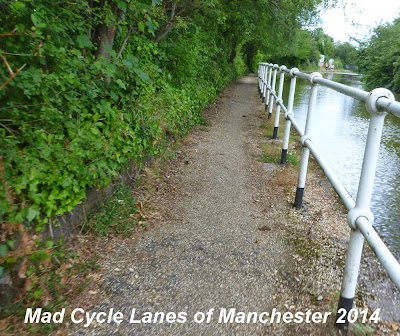 The path improves again and the canal then passes under the M602 motorway. Here there are lilies growing in the canal. 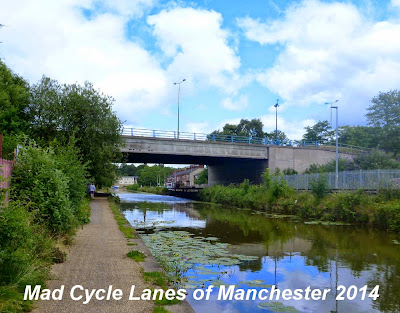 After the motorway, housing appears on the opposite bank and the water in the canal now begins to look a muddy shade of orange. The pollution comes from the coal mines at Worsley, further along the canal. 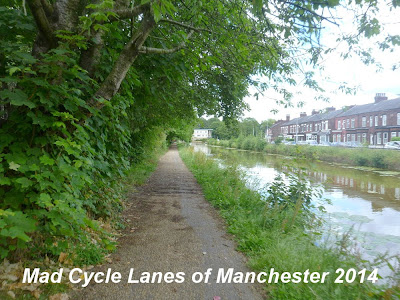 This is Monton Green, which now has this fake lighthouse as an unmistakable landmark. This sits opposite a conveniently places pub called Crompton's at the Waterside. 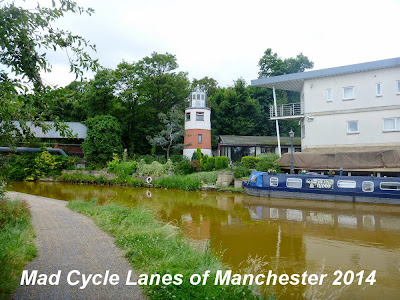 From this point you can continue along the canal towpath to Worsley, or get off the towpath, out onto the road across the bridge and join the Tyldesley Loopline.