This post picks up from Ashton Canal - Stockport Branch part 1 at the point where the canal route passes under the Fallowfield Loop and ends where the canal used to cross Longford Road West, which is a fairly horrible on-road section of NCN route 6. 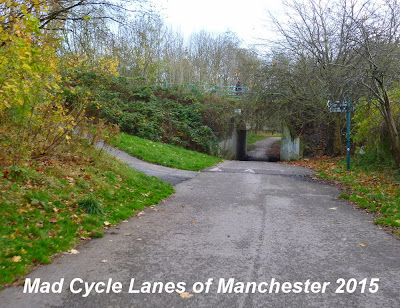 After the bridge the path passes over the dam which holds back the water in the Gorton Lower Reservoir. 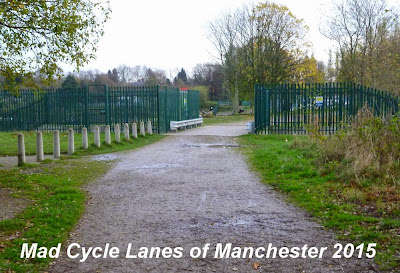 To the left is the reservoir, whilst to the right the dam falls away making this area quite open. 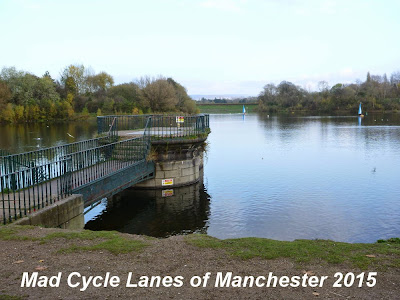 Here you can find some stone artworks made with cut stone. 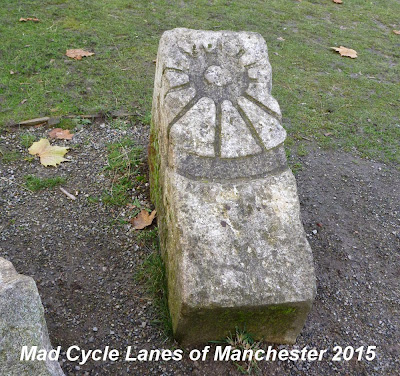 There are a variety of markings on these stones, and I'll post more of the photographs separately. 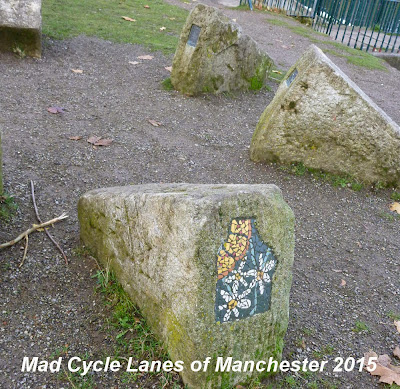 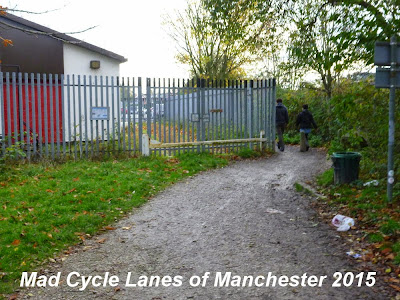 and the path is forced into this narrow gap. 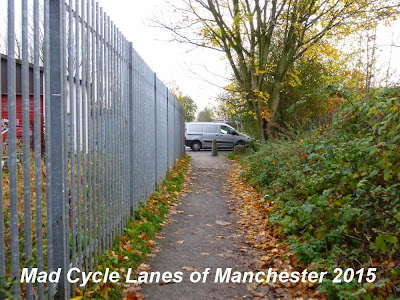 The path then emerges into a car park. At this point you have to cross Wall Way, rather than entering Debdale Park. The photo below is taken from the opposite side of the road and the route is by no means obvious. 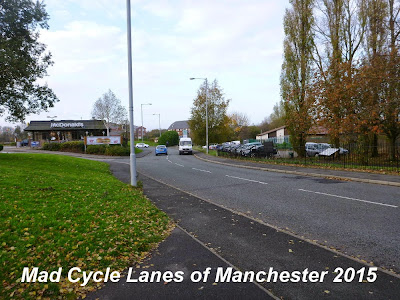 On the other side of the road you can pick up the path and the route of the canal reappears, passing under the two parts of Hyde Road. 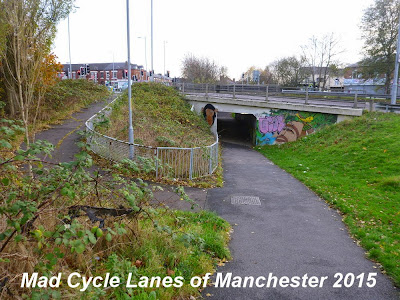 The canal route passes under the Thirlmere Aqueduct in this box structure between the two parts of the road. 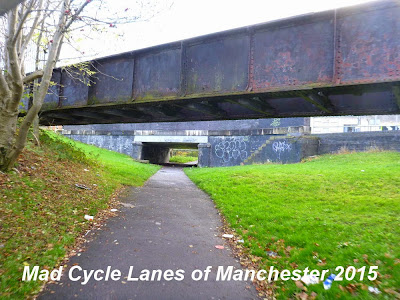 Just south of Hyde Road there was a basin on the left. 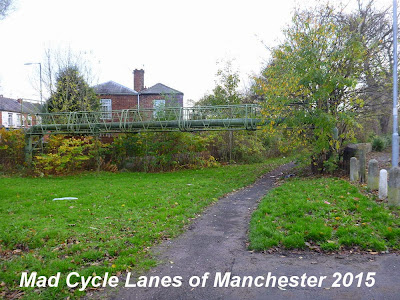 The path then narrows & some gardens have been extended out across the canal, as Gorton Cemetary appears on the right. 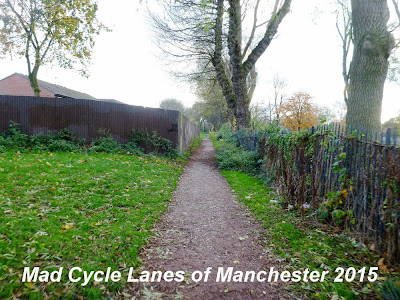 The path surface degrades to a muddy surface as it runs alongside the cemetary, and the covers suggest that there are water pipes of some sort here. 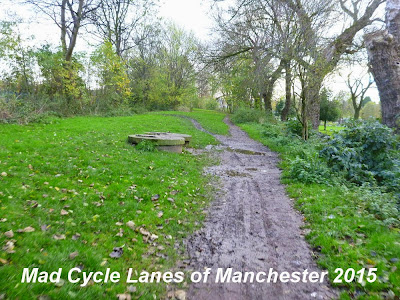 However, before the canal reaches the end of the cemetary the route is blocked by gardens which have been extended. At this point you are forced out onto Broadfield Grove. 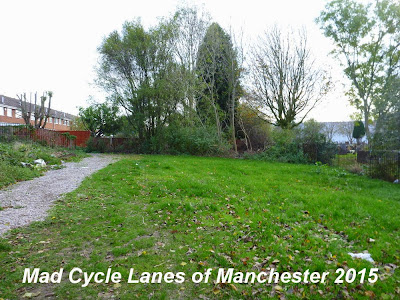 To pick up the canal route again you have to go out onto the main Gorton Road, then right down Furnival Street to get into North Reddish Park.

At about this point the canal enters Stockport, and there seems to have been no effort from here on to preserve the route. 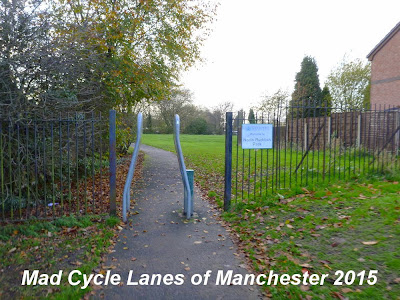 Here the route of the canal runs down the west side of the park. 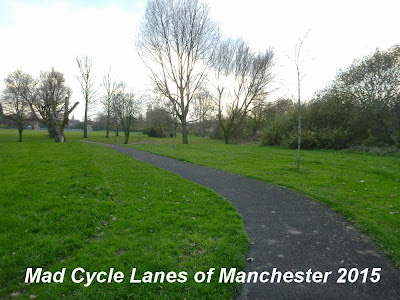 In the southern end it is marked out by this line of trees. 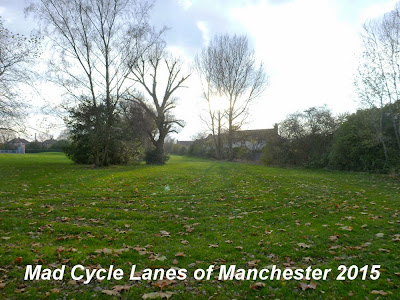 A narrow finger of the park marks out the canal route down to Longford Road West where the last traces of the canal disappear. 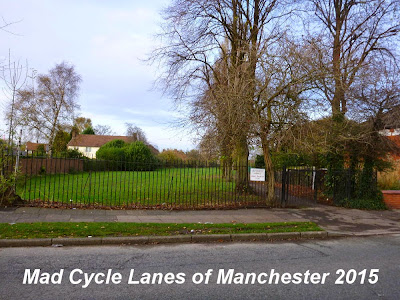 To the south of here the route is again obliterated by gardens & housing development. It can be seen in the landscape running along the east side of Houldsworth Golf Course and some traces near Broadstone Mill and the junction with the Beat Bank Branch Canal, but there is not enough to make a viable walking or cycling route.