The issue of crap advertising bikes in Manchester is becoming an increasing problem...

These shitty bike trailers, mostly advertising cheap alcohol in a fairly tasteless manner are turning up all over the place. 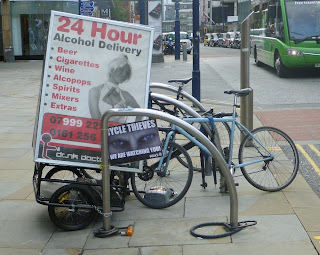 They usually block two cycle parking spaces at once, with chains attached to both racks 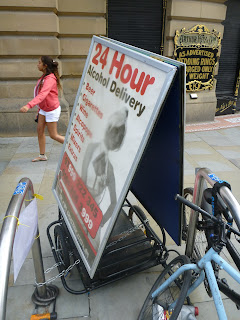 and they are often weighted down at the front with plastic canisters of water. 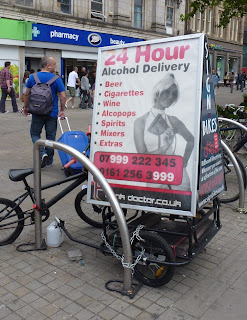 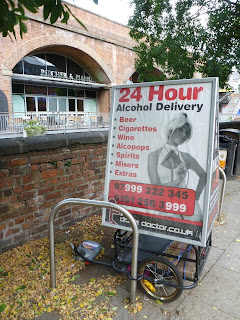 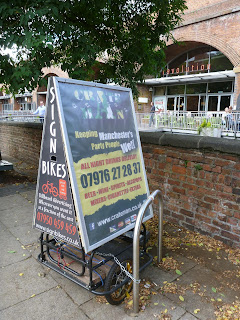 This company are acting as parasites, running an advertising company on the cheap by using cycle parking places which have been provided by the councils. Whilst I usually support bike-based businesses, this lot are a big exception. They even see nothing wrong in blocking cycle parking and cycle tracks.

It may also be against the provision of the Highways Act 1980, section 115E.