Next Monday, 30th September, will see the first mass protest ride organised by Greater Manchester Cycling Campaign in all the time I have been in Manchester.

The ride is a follow-up from the massive Space4Cycling ride organised by London Cycling Campaign where, on the 2nd September, "for the first time in its thousand-year history, the Palace of Westminster was entirely surrounded by protestors on bicycles." 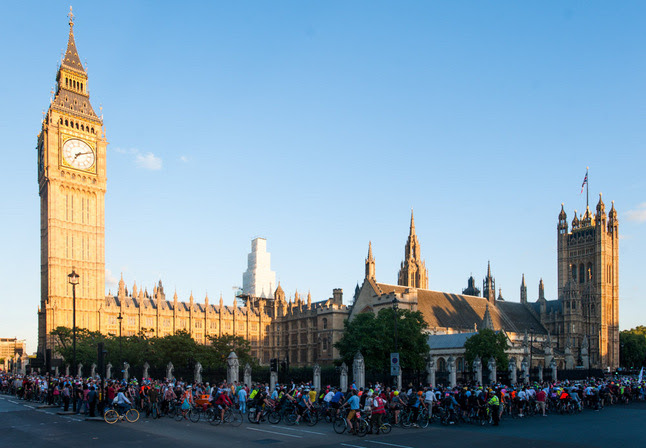 Space4Cycling is fast becoming a national protest movement pushing the case for better conditions on our roads for people who walk and cycle, taking road space away from motorvehicles to prioritise benign transport.

The ride will meeting in St Peter’s Square, in the centre of Manchester, from 6pm and the ride will set off at 6.30pm. There will be plenty of space as Mosley St is closed to motor vehicles during the conference. 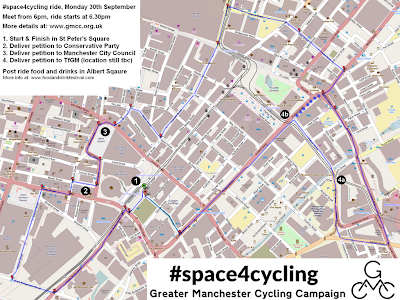 We need massive numbers out on this demonstration to send the message to local, regional and national government to stop wasting money on building roads and start relocating space for cycling. This is your chance to make an impact, bring bikes, trikes, quads, sound systems lights and a party mood. I will be there with the Brox sound system.

There are more details on the GMCC web site.