The floods over the holidays has done considerable damage to the Irwell Towpath in Ordsall. Opposite Pomona tram stop, next to Soapworks the path has been undermined, and much of this section was washed away. Further along the path also seems to be falling towards the river. The gate underneath the tram bridge has been locked shut, so this section is completely unusable and is unlikely to be repaired for many months, and possibly years. 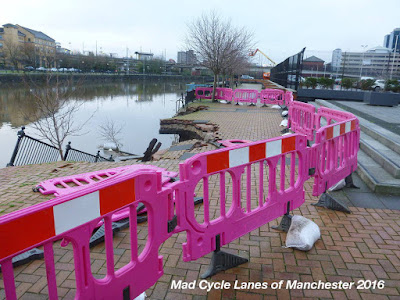 This is in addition to the considerable amount of sand and silt that has been washed onto the lower parts of the path upstream. 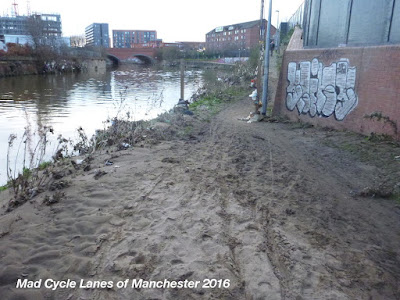 So this leaves the many commuters who use this path looking for traffic free alternatives between Salford Quays and Manchester City Centre. You can cycle along Orsall Road, but I wouldn't recommend it.

There are two alternative traffic free routes, though both are unlit, so you need a good set of lights to negociate them at night. The route across Pomona is somewhat disconcerting in the dark, especially with the off-road motorbikes being ridden around, whilst the Bridgewater Canal Towpath is busier, making it feel safer, but you have to concentrate on the path surface to avoid ending up in the canal.

The nearest alternative is across Pomona. Go over the Green Bridge from Woden Street and then go through the gap in the fence on your right before the viaduct and along the muddy path. After a sharp drop the path turns into a wide gravel track. 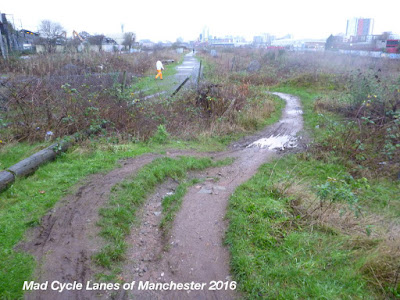 Here you will be greeted by birdsong and the noise of the trams. Though the birds were quiet on Friday morning because of the presence of a kestrel hovering above the verge. 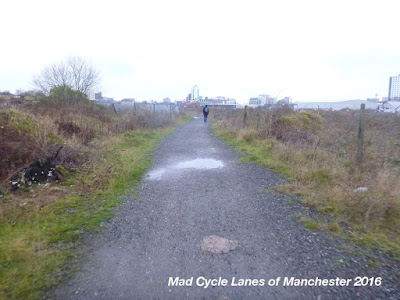 The track turns to tarmac in places, but watch out for some very deep potholes. 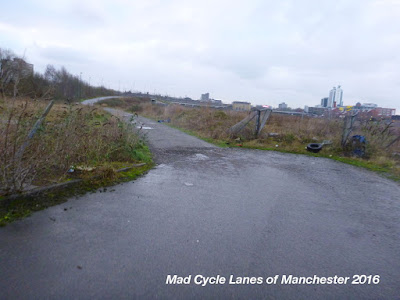 From the bridge over the lock between the Bridgewater Canal and the Irwell the route is then downhill to Pomona Tram Stop. 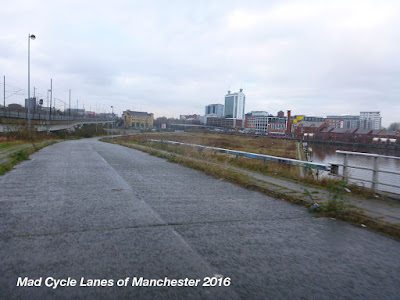 You then have to get onto the pavement to get through the gate. 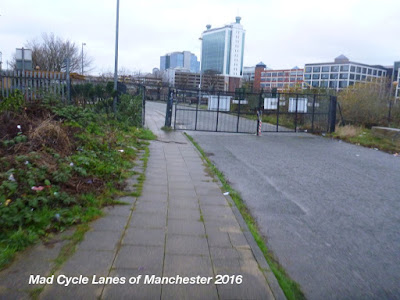 From here you get a view of the damage to the towpath and see how it was undermined in the floods. 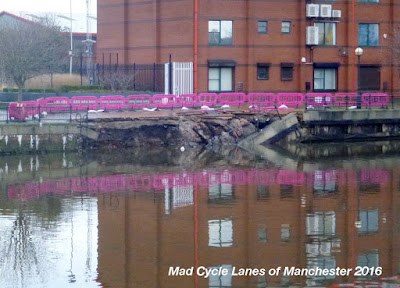 Then follow the road up to the roundabout by Throstle Nest bridge. 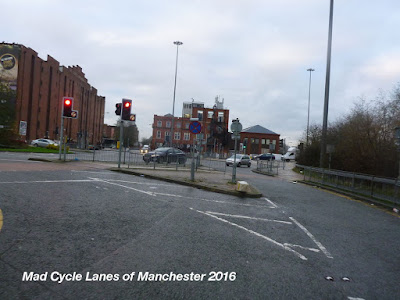 The other alternative route is through Castlefield Basin and along the Bridgewater Canal Towpath. This route has reopened as the remains of the collapsed building have now been removed from the path and the building has finally been demolished.

This is supposed to be an official Velocity Cycle route, but it is pretty poor. The cobbles are quite large and no attempt has been made to fill in the gaps, and on a small wheeled bike you could easilly catch your wheel in one of the gaps and find yourself being thrown into the canal. 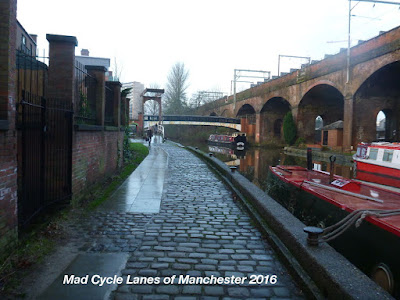 There are also several steep bridges over the wharves, which will mean many people will have to get off & push. 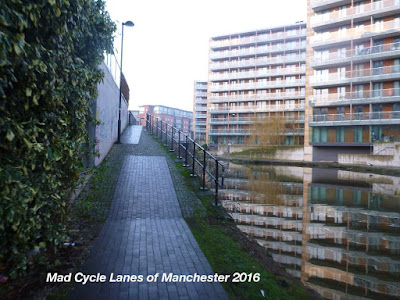 The final bridge has a particularly poor surface. 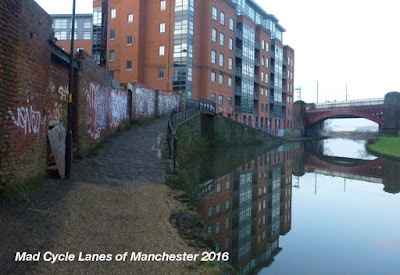 Further along there is a very narrow bridge under a road, though thankfully there is now a handrail which makes it less scary. 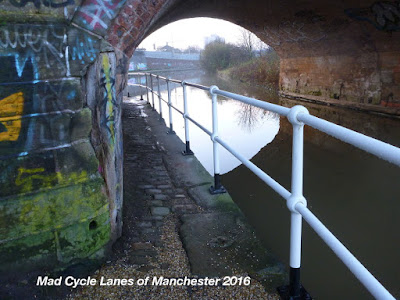 And the open sections are covered in thick loose chippings, making it difficult to keep control of the bike, especially when passing cycles coming the other way as you end up on the thicker layers of gravel. 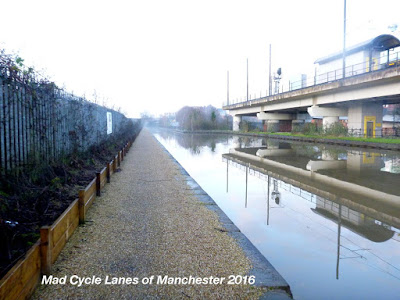 This route again brings you out at Throstle Nest Bridge.

From here there is another section of damage on the Trafford side of the towpath, though it hasn't been closed off yet. 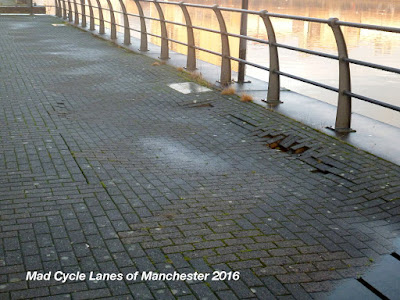 Neither route is ideal, but both offer the chance to avoid the unpleasant experience of cycling on the roads and suffering the threats and abuse from passing motorists...