This year Critical Mass fell on Christmas Day, but that didn't stop the ride. A few of us asked if others were interested and Hannah posted the ride on Facebook which meant the ride was on. 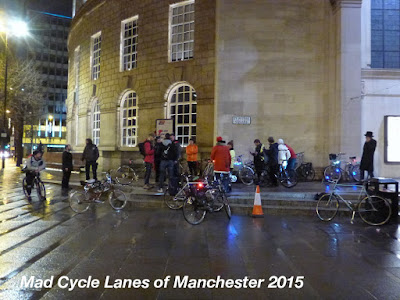 We gathered outside the library as usual, 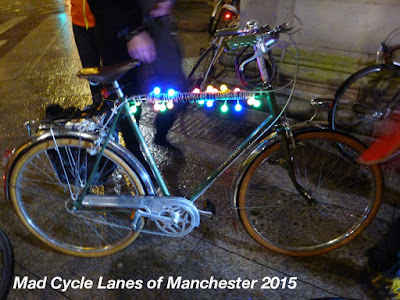 with a good display of seasonal lights on some bikes. 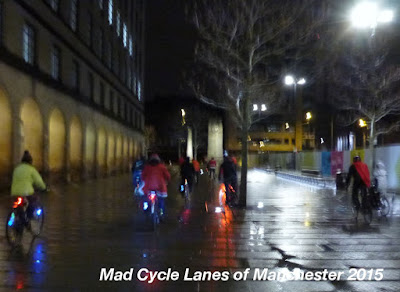 Whilst the ride was small in number 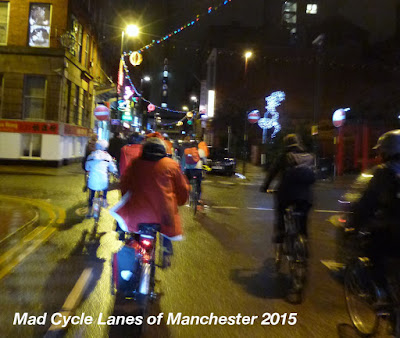 the general lack of motor traffic meant this wasn't a problem. 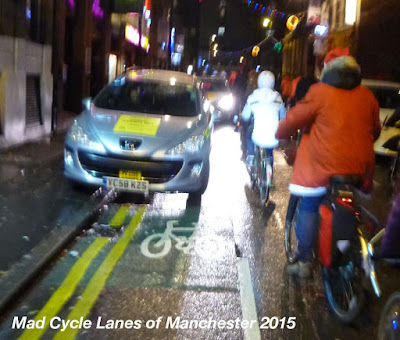 However, despite it being Christmas Day the new contraflow cycle lanes in Chinatown were still blocked by taxis. 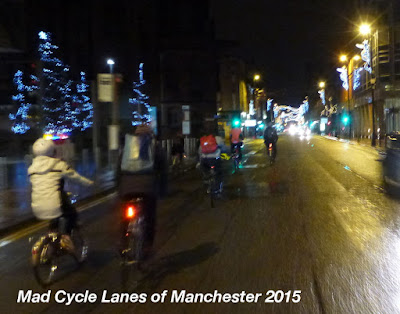 It was nice to ride along Deansgate with so few cars. 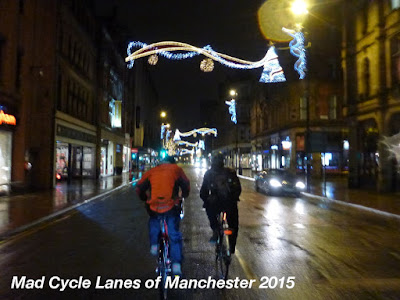 However, eventually the rain set in quite hard and the remaining riders went looking for somewhere open. I'd thought the Wharf would be open, but it had closed by 5pm. 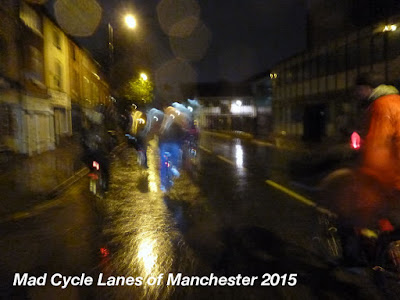 It was great to get out on a bike on Christmas Day. Always a special day for cycling, and doubly so when it is Critical Mass.