This route is entirely traffic free and runs for one and three quarters miles, mostly along the disused trackbed of the Roe Green Loopline in Salford. The Roe Green Loopline was opened in 1870 from Roe Green to Bolton, via Walkden Low Level. A key function of the lines was to support the surrounding collieries in conjunction with the Bridgewater canal, the largest of which was at Mosley Common, one of the biggest pits in the UK at its prime.

This post covers the section from Parsonage Road in Walkden to the boundary between Salford and Bolton at the crossing of the M61. It is a continuation of a previous post Roe Green Loopline 1, Roe Green to Walkden. 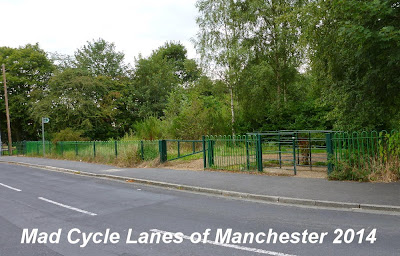 From here the path surface is good tarmac with the light, reddish stone chipping. 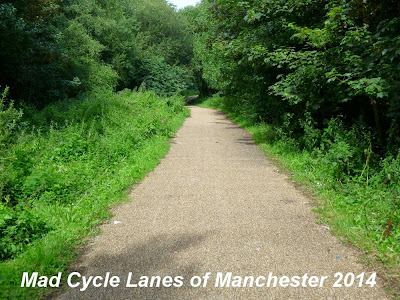 The path then climbs under the Thirlmere Aqueduct. 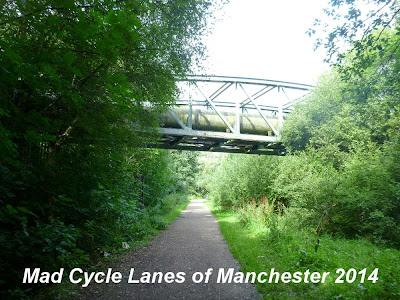 This part of the path has metalwork painted bright red. 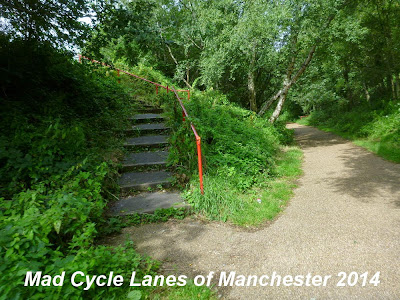 The path runs under Hilton Lane, 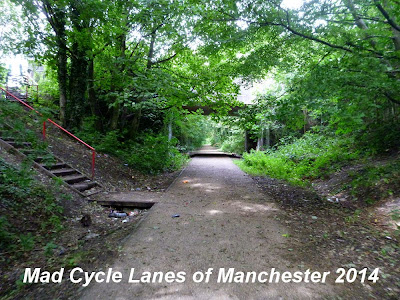 and further along under the A6, Manchester Road East, where the path looks rather neglected. 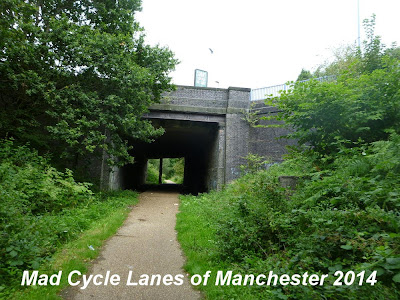 Past the A6, there is this terracing on both sides of the path. This was the site of Little Hulton railway station. The commemorative stone is getting a little overgrown. 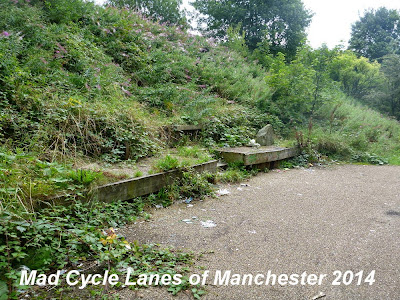 A little further along the path ramps steeply up 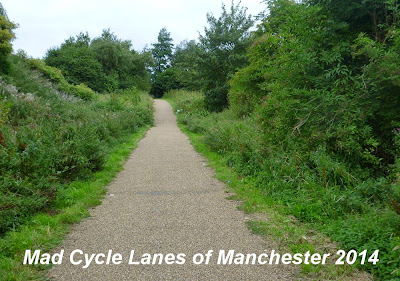 to meet a small footpath between Coniston Grove and Mt Skip Lane.

Unfortunately there are two horrible U-shaped barriers like this blocking the railpath that would stop many pedal cycles. 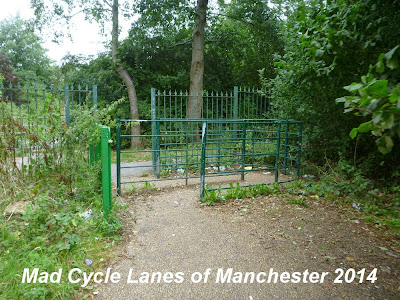 It really is a small footpath that cuts the path at this point. 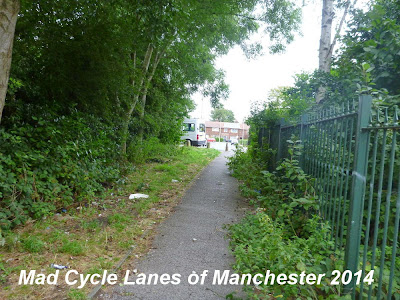 However, beyond the second barrier is the first of a series of murals on this section of the path that mark each of the access points. This is number 10. 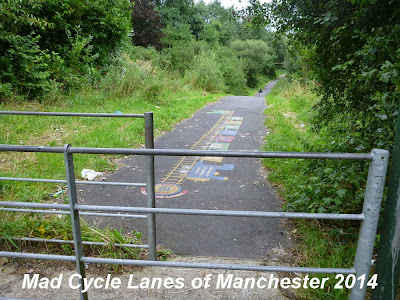 The design came from a local school. 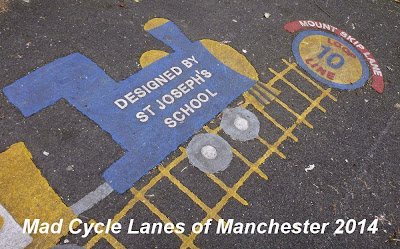 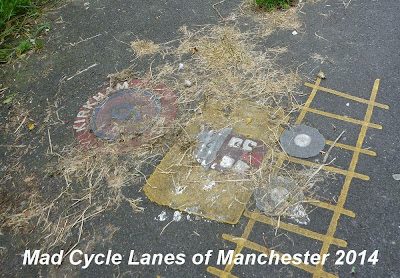 Next under Clegg's Lane 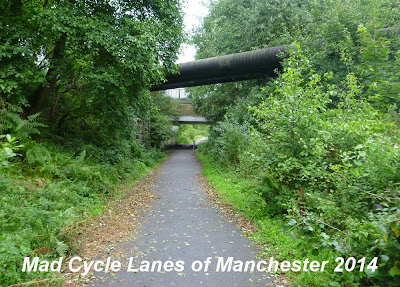 where the path is looking neglected again, with lots of fly tipping. 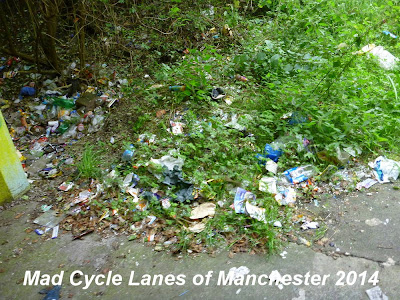 Shortly after the number 8, the access from Clegg's Lane & Old Lane. 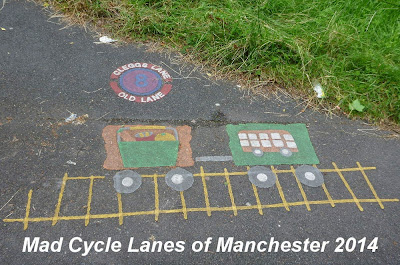 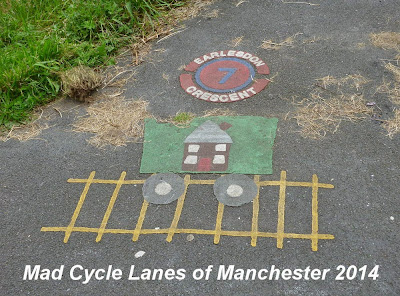 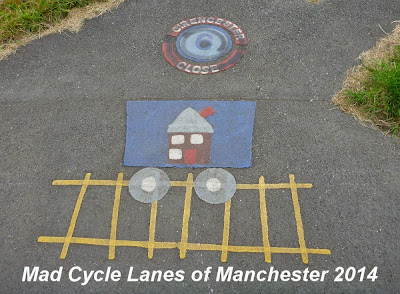 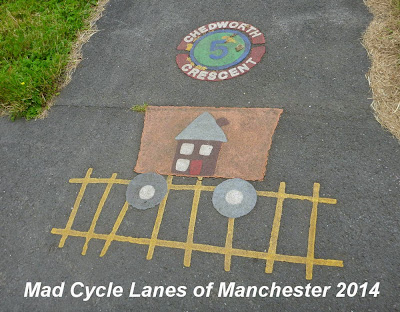 Just after there is this complete map of this section. 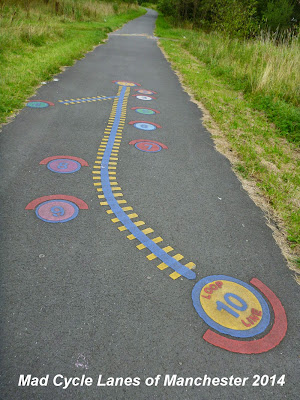 Then, 4 is Old Lane and 3 is Chedworth Crescent. 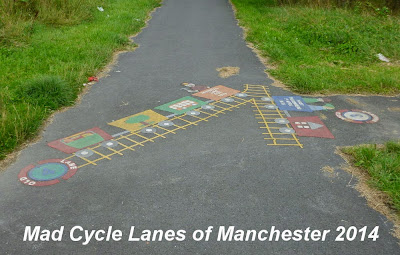 The route to Old Lane is another railway route, though I didn't explore this one. 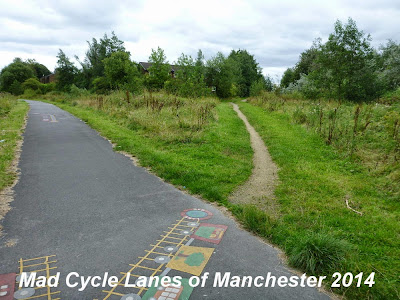 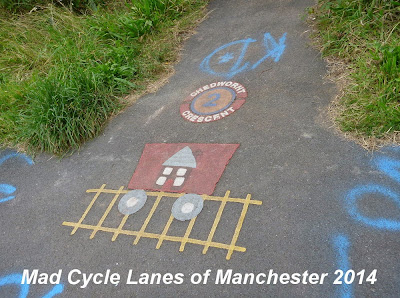 and this is 1, Spa Crescent. The mural was somewhat overgrown. 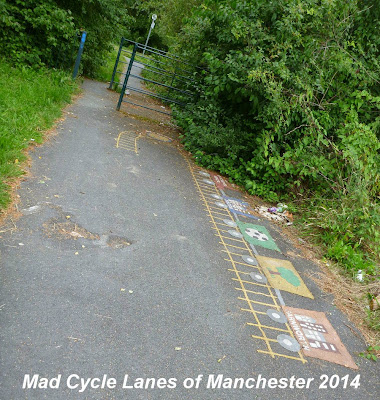 Shortly after the path hits a T junction. The left branch heads into a housing estate, but the official path is the right branch, but not along the obvious path. At this point you have to turn to the left across the grass and through the gap in the trees. 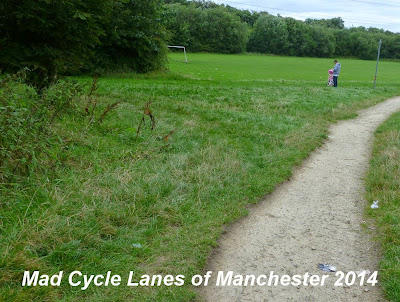 Keep following the vague mark in the grass where the surface is firmer, the metal posts also mark the way. 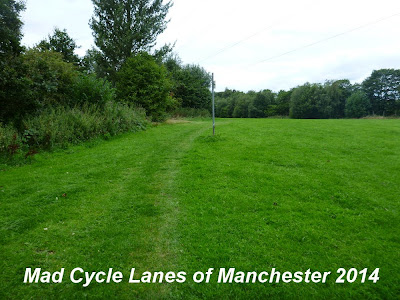 You eventually reach a gate 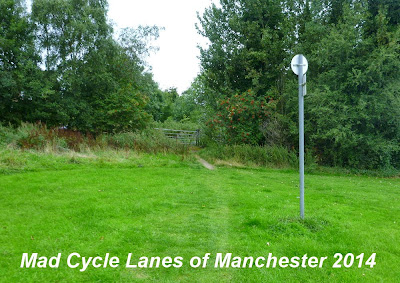 one of the most horrible bike barriers I've seen. 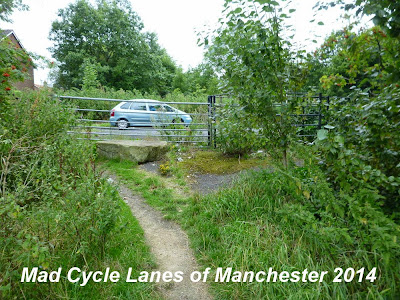 If you look to the left of the gate there is this gap which is easier than the U-barrier to the right. 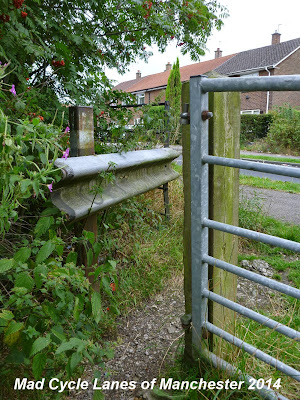 Once out onto the road, turn right and the road then crosses the M61. 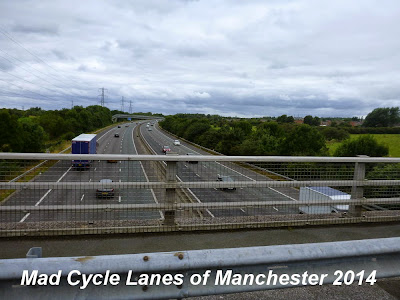