The Outwood Trail is due to officially open on 24th May. 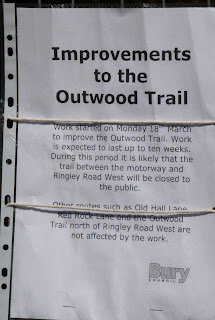 However, today the barriers had been pushed back and several people were getting a preview of the work done so far. 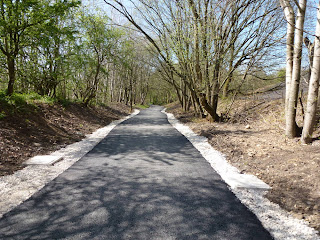 The new cycling surface is really smooth and well laid. 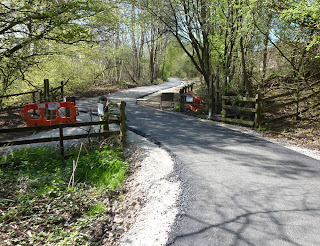 There are some strange bits where the cycle path goes off to one side to leave room for a separate horse path. 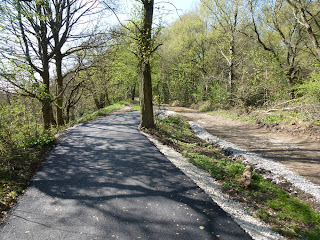 And some bits of wood lying around... 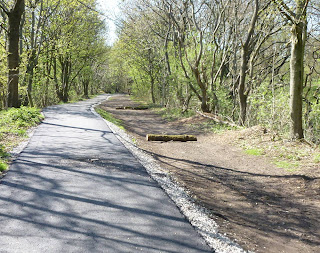 About two thirds of the route has been laid to tarmac so far. 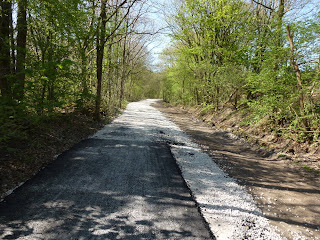 The tarmac runs out just short of the "Trinity" sculpture.

Trinity is a memorial to the navies that lost their lives during the construction of the railway. The sculpture uses the symbolic language of flowers which was common during the Victorian period when the railway cutting was created. The column has rusted over time making the sculpture part of the natural environment, and a symbolic representation of a tree, at home in the surrounding woodland. 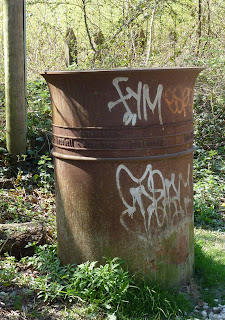 The hardcore also runs out in the last section at the north end and there are pools of water here too. 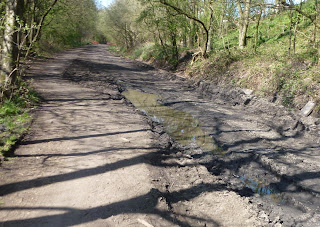 All in all, the work so far looks really promising, and it will be really good when it's finished.