This year's Manchester Day Parade will include an entry from Manchester's cycling groups. Under the banner of GMCC I have been accepted as an entry by the parade organisers. I have yet to discuss any details with Walk the Plank, but the general idea is to reflect on how much better Manchester would be if everyone cycled more.

We will be open to collaborating with other groups who have entered if appropriate. At this stage we have no idea as to whether we could enter as a giant Critical Mass bike ride or whether we will be restricted to a small number of people. This wonderful trike built by Pif-Paf from last year was an example of the kind of thing that inspired me. 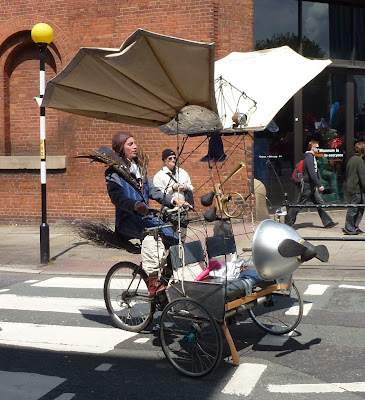 I'm also a great fan of Rinky Dink the pedal powered sound system and would love to build something similar to use to promote cycling in Manchester. 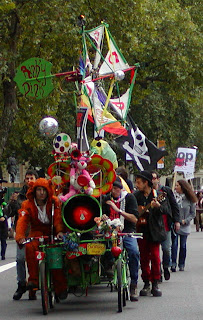 Either way round this is both exciting and rather daunting. We will need lots of help to make the impact we need. This video from last year shows the scale of activity that went into many of last year's entries.

So as soon as I have any more details I will be looking for people to help create a positive image about the future of cycling in Manchester.

P.S. I'm hoping we can improve significantly on the 2002 Croydon Cycling Campaign entry in Croydon Carnival... 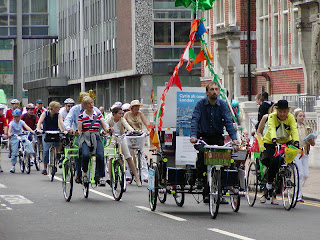