Two years after Salford Council first extended the opening hours of the Irwell River Path the signs have finally been updated. It is now only a couple of weeks till the summer hours anyway, so too late to make a difference this year. 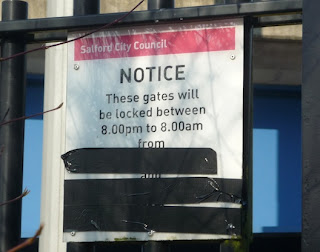 However, the update it looks a bit unofficial, as someone has just put gaffer tape over the incorrect parts of the sign. And before you ask, no it wasn't me, though I had given it some thought...

This is one of the best little paths in Greater Manchester and this morning it was wonderful in the sunshine. Even better was the sound and sight of two lapwings over Ordsall, though they had gone by the time I got my camera out. 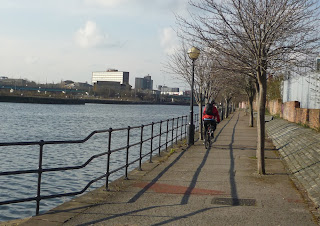