The Delph Donkey path is on the old trackbed of the London and North Western Railway (LNWR) branch linking Delph with the Huddersfield line, which is still in use today.

Starting out from Delph New Road, just down from the junction with Oldham Road the site of the old station is marked by this sign. 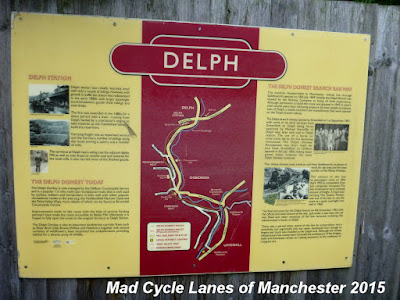 The path goes into a small housing estate on Station Approach. 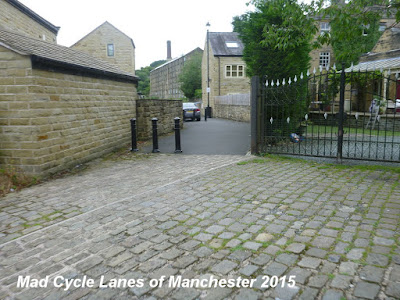 As Station Approach turns to the left the route of the railway goes onto waste ground. 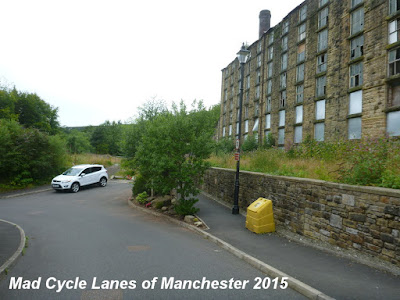 Here a developer blocked the route back in 2008, but nothing came of it and the fences have been broken down, though the access is over a steep bump. 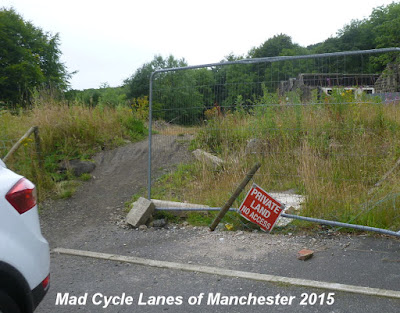 The path covers the waste ground that was to be the development, 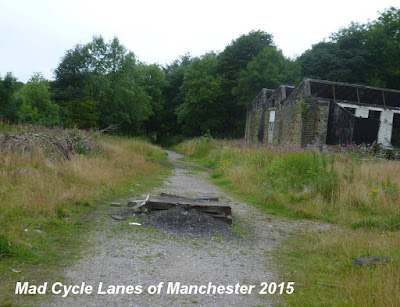 and exits through another broken down fence. Here the steps on the left go down to the road. 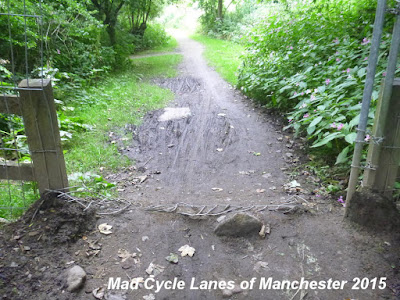 Now the path gains a good surface and is reasonably well maintained. 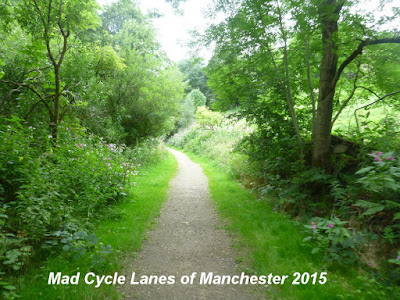 After the first bridge 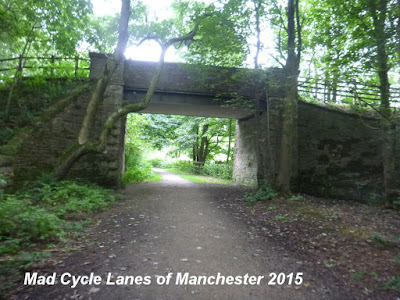 is the site of Measurements Station marked by another board. 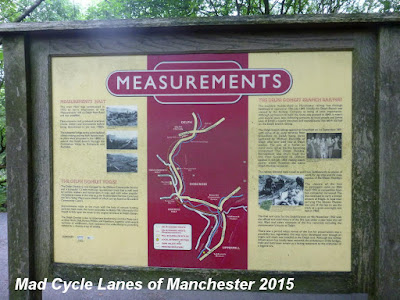 Now the path surface widens and the view opens up to the right, 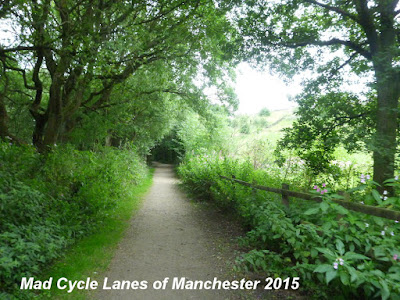 and then as the land rises to the left there is more to see on the left. 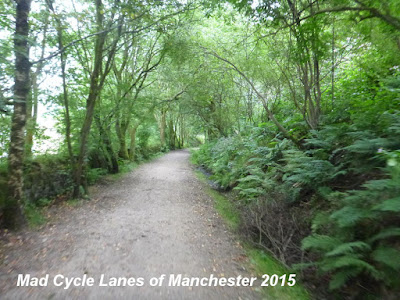 This bridge goes under Wall Hill Road at an angle, 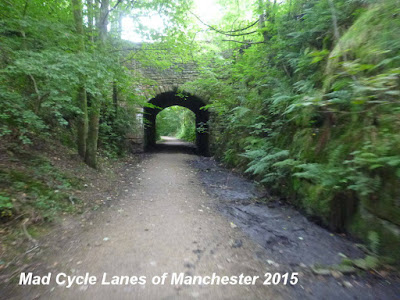 Then after the path curves to the left this short tunnel goes under Streethouse Lane. 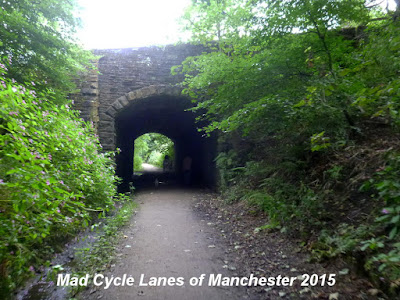 Just beyond a house driveway interupts the path on the level with two sets of barriers. 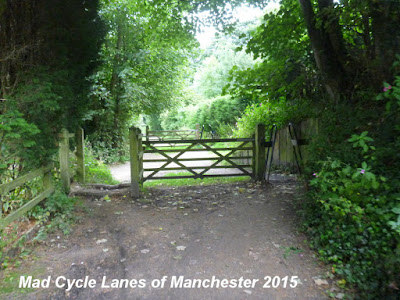 The barriers are set too narrow for many bicycles. 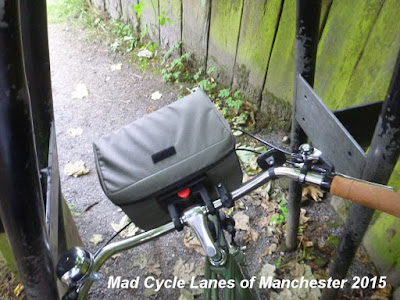 The view now opens out to the left and this is the most pleasant of the picnic benches, it's the only one with a good view. 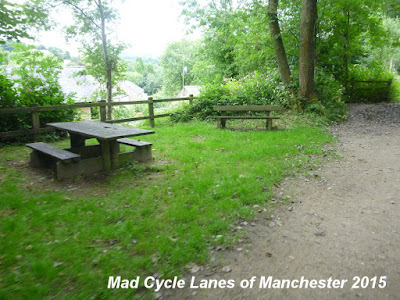 Shortly after is the site of Dobcross Station, just before the bridge over Ladcastle Road. 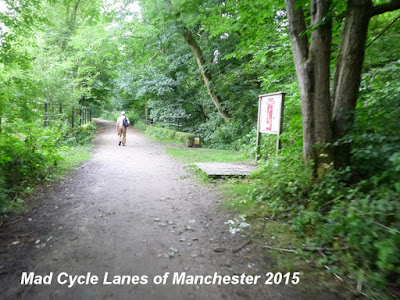 It also has a station board. 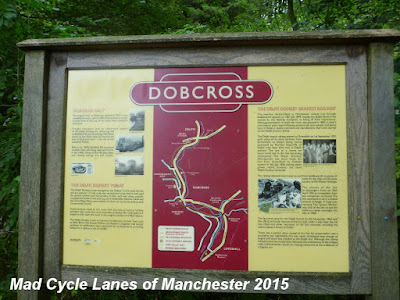 The final section of the path ends in another barrier. 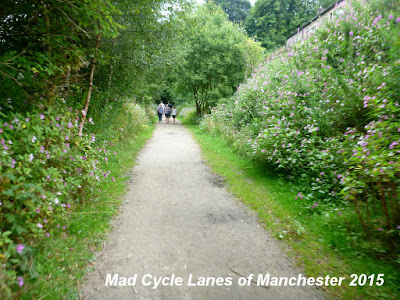 The trackbed continues as a footpath for a short way before reaching the railway line. 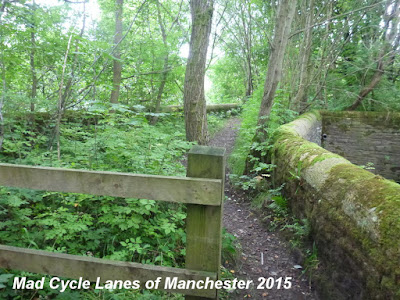 Here the end of the path is marked by a simple wooden sign. 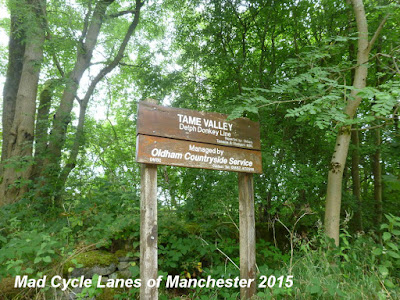 You can reach the Huddersfield Narrow Canal by going down the road under the old trackbed. 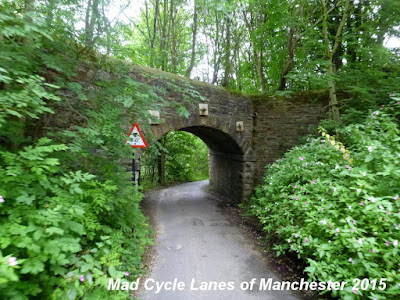 As the road turns right go straight down to reach the canal under the railway viaduct. 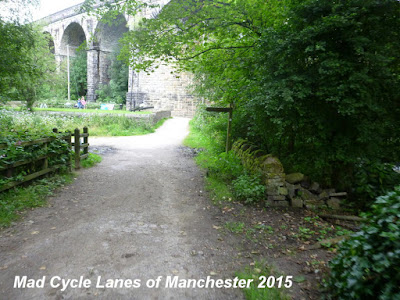