I have never been a fan of the Sky Rides. They have a corporate branding that makes the ride setup sterile and soulless with no real connection to Manchester. This is in contrast to the Manchester Day Parade which has a great community spirit.

However, the worst thing in my mind about the Sky rides is that they have nothing to do with everyday cycling and fail to see cycling from the point of view of people who cycle. The irony of the route going through zones with CYCLISTS DISMOUNT zones is clearly lost on the organisers. 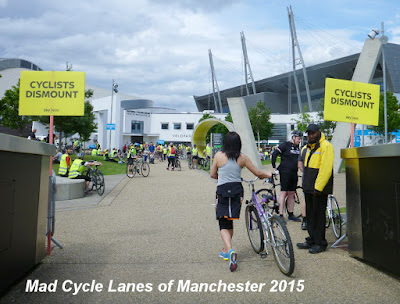 I spent the morning helping out on the Love Your Bike stall with these two chaps. 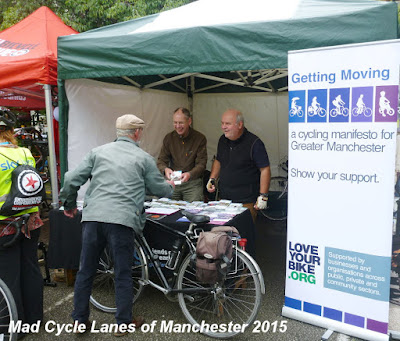 Then went out to ride the course in the afternoon with some music.

What is really striking is the overpowering emphasis placed on hi-viz and helmets by the organisers. It is almost as if they want to discourage cycling by making it seem far more dangerous than it really is. 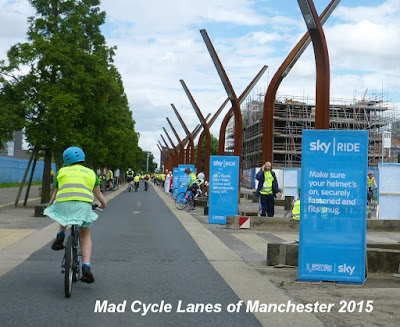 There were a few professional sound systems out on the ride, but far fewer than in previous years. It felt like a cut-price ride this year. I understand that the Sky deal runs out next year, so this is possibly the last Sky Ride Manchester. 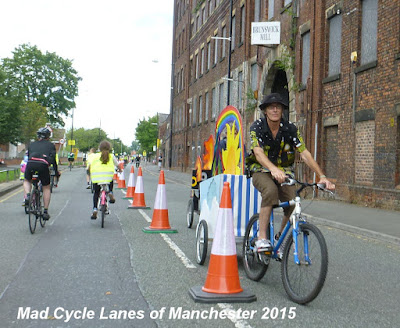 I feel it is time to overhaul the whole ride, rather than just look for another sponsor. The current ride fails to have much of a sense of place, instead going through anonymous back streets to reach the velodrome and stadium, rather than touring the parts of the city you might like to visit by bike. 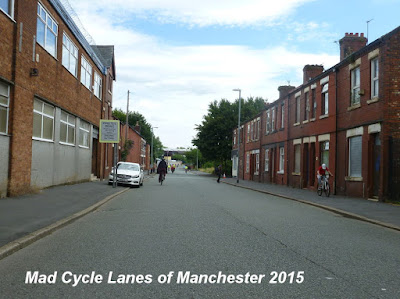 There is also far too much emphasis on cycling as a sport. 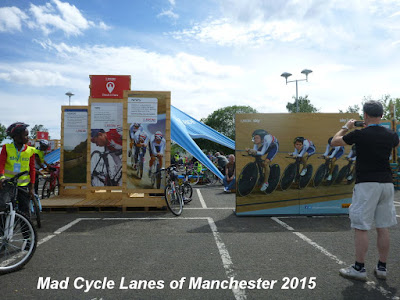 This rather sad looking "Sprint Zone" was beyond parody. 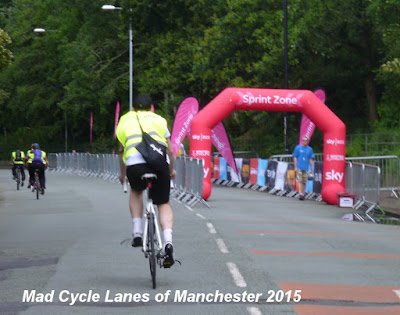 Also the route includes some of the worst potholes in the area. This section of Riverpark Road is just dreadful, with some of the holes several centimeters in depth. 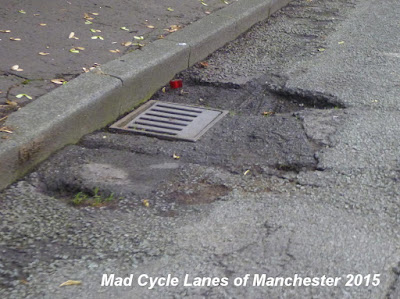 So how about a proper Manchester Community Bike Festival with a ride route, a cycle parade and pedal powered events? Above all, lets have an event which atracts people to cycle into the city centre, take part in events and then park up the bikes and enjoy Manchester in the way people flock to the city for the Manchester Day Parade, Dig the City and the Jazz Festival.