I have missed the past two rides with various commitments and life events and wasn't in a great party mood having ridden straight from work after another busy day, so no sound system. For a July ride it was a pretty big ride which seemed to gain riders as it went along. 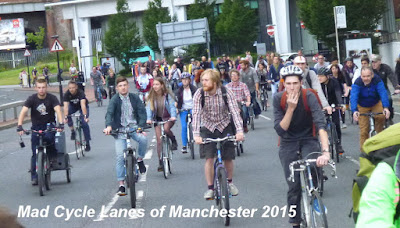 After a very chaotic start with voices calling in opposite directions the ride went down the side of the Town Hall. 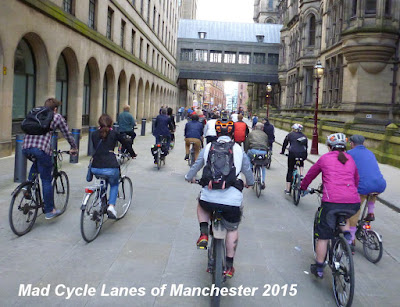 Then round Albert Square and left into Southmill Street 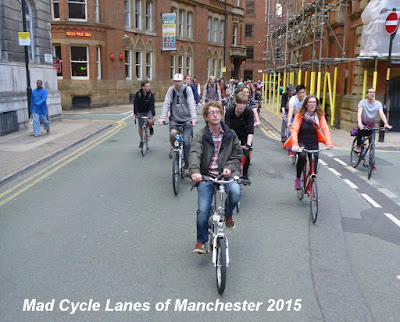 and then right onto Peter Street going west. 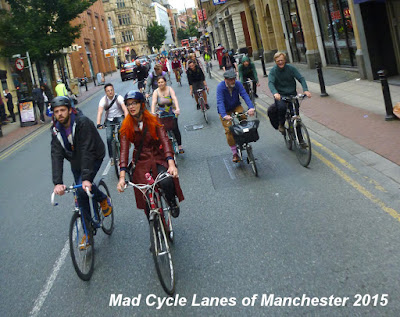 The ride then crossed the Irwell into Salford. 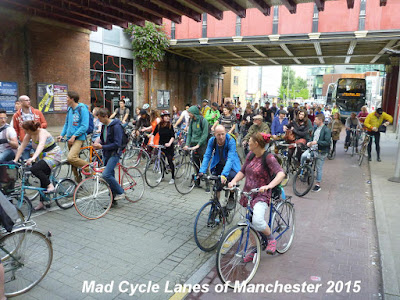 Despite my failure to bring music there were two sound systems, this smaller one on the trike 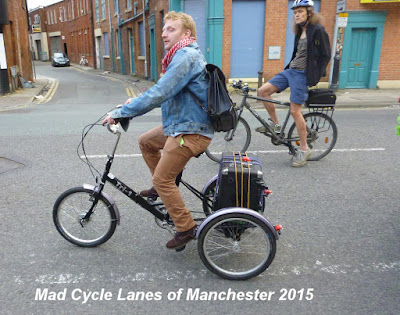 and the somewhat louder cycle trailer... 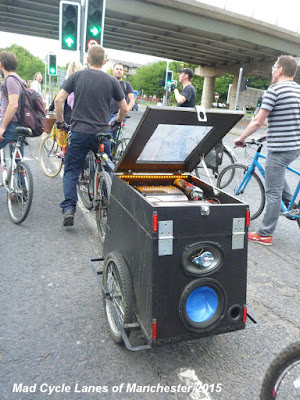 The ride was soon back into Manchester and being held up by the traffic on Deansgate. 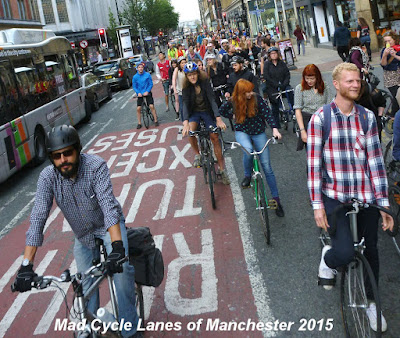 Then up John Dalton Street 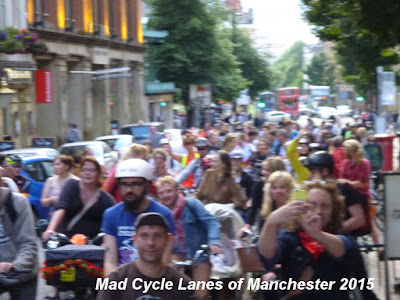 and into Princess Street where cargo bikes where being compared. 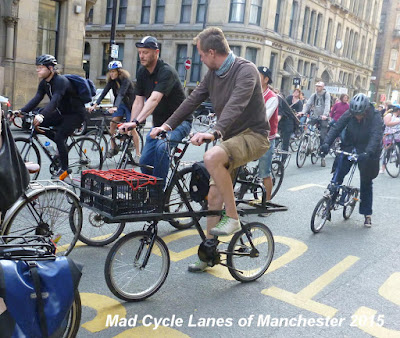 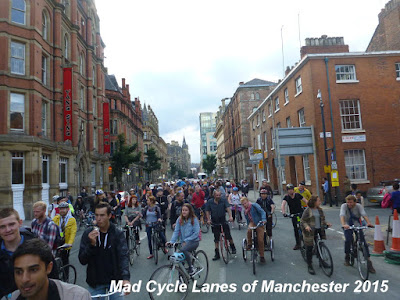 Then via Portland Street and onto London Road 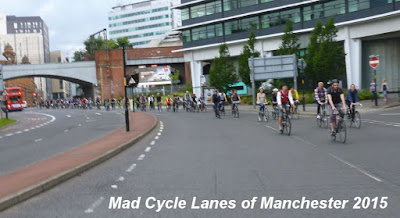 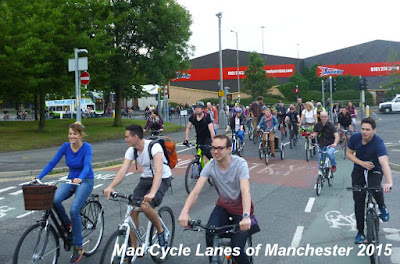 before turning down Oxford Road where I turned for home. 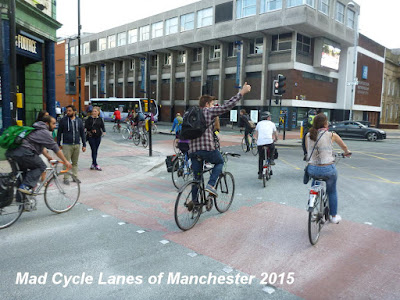 Next time I'll bring the sound system and get back into the proper party mood for August...