The Hollinwood Branch of the Ashton Canal ran from Droylsden to Hollinwood. It was opened in 1797 to transport coal to Manchester from the collieries that lie between Ashton under Lyne and Oldham. For more details see the Pennine Waterways web site. This route is clearly shown on the Tameside cycle map.

The canal branches away at Droylsden Marina. The towpath of the main canal is on the opposite bank. From this point the path along the Ashton Canal going west are Ashton Canal 3 - Clayton to Fairfield and east Ashton Canal 4 - Fairfield to Ashton.

You can just see the towpath on the left of this picture looking from the branch back to the main canal. 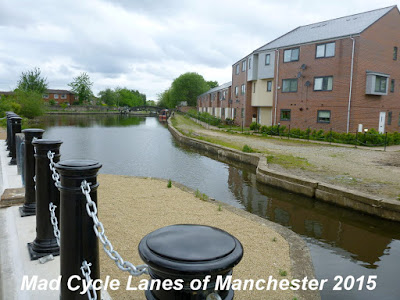 Looking towards the new marina, this is a short section of restored canal. 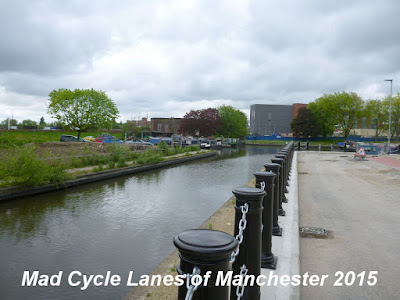 However, the canal ends here. The path of the canal goes under the bridge carrying Manchester Road, next to Droylsden Library. But the route is blocked. 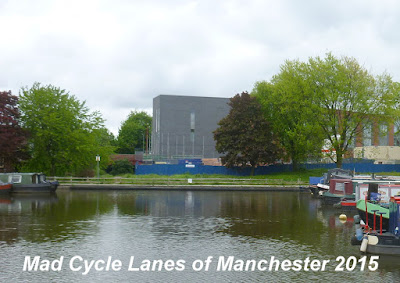 The usable towpath of the canal begins at Sunnyside Road, the site of Clifford swing bridge, opposite St Stephen's View, which has been built on the bed of the canal. Refreshingly there are no anti-cycling barriers to bar your way. 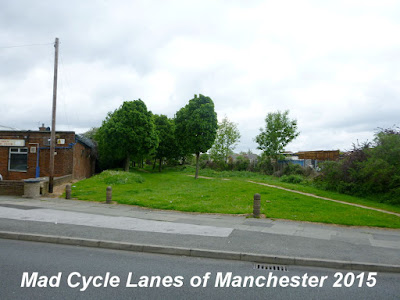 From here the path runs along the infilled canal. The surface is only grit, but good quality if rather narrow. 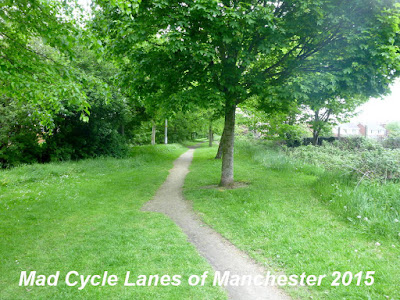 There is some lighting of the path, and the space is pleasant and wide. 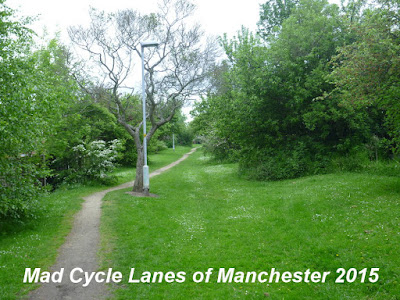 However, after about a quarter of a mile the path reaches playing fields. 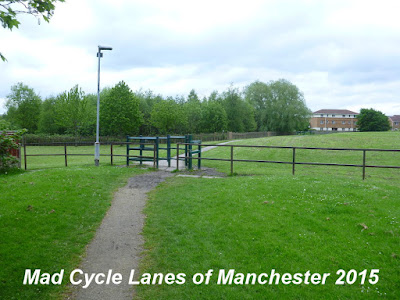 Here the barrier is pretty impossible. it is a struggle to get a small bike through here, anything larger is almost impossible without removing the gate... The path is tarmac from this point. 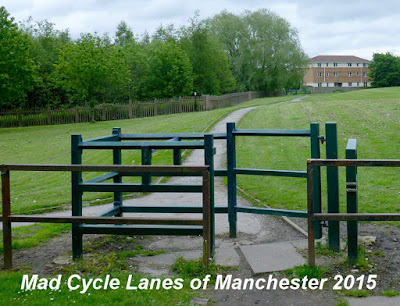 The route of the canal turns to the left here and there is a second barrier as the route runs round Lumb Clough. 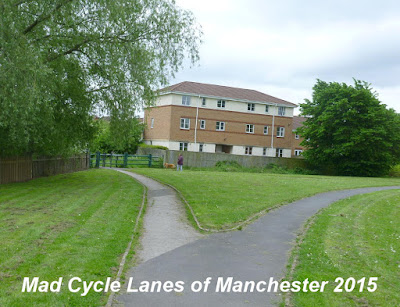 Here the land slopes away to the west into Lumb Clough. 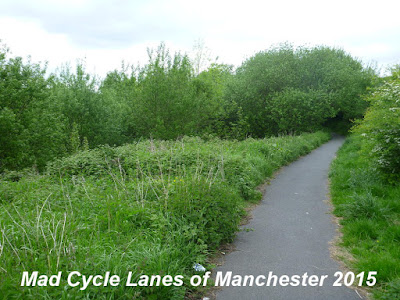 This area is quite wooded, and the path is narrowed by the bushes. There is housing on the right behind tall fences. 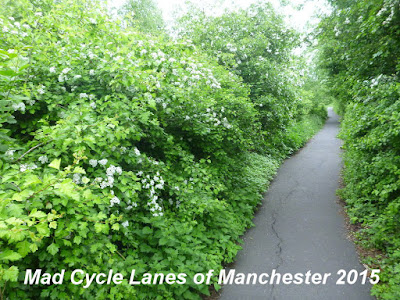 As the trees clear, the fence along the railway line come into view. From here the canal towpath continues over the railway line on a narrow footbridge. This can be followed in the next post Hollinwood Branch Canal 2 - Droylsden Junction to Stannybrook Road. 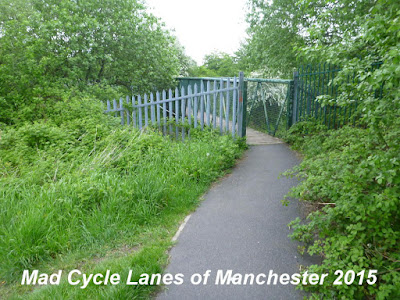 To the west from here one path heads towards Clayton Vale, and another heads east along a disused railway line to Audenshaw. 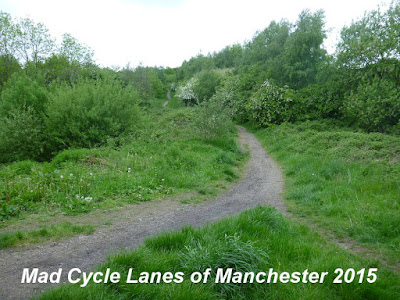 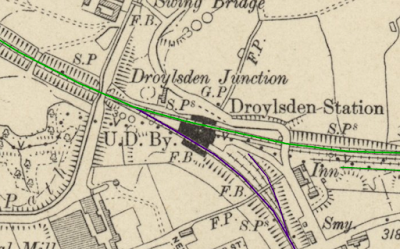