It was just fantastic to see a rickshaw being ridden in Manchester last Wednesday. 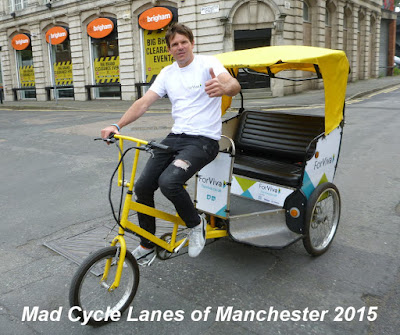 The rider stopped for a chat. He'd been brought in for an event. He has ridden rickshaws all over the country and we got to discussing the differences in attitudes towards cycling and rickshaws between Manchester and Bristol. Needless to say he was far less pleased about conditions for cycling Manchester in Manchester than Bristol. 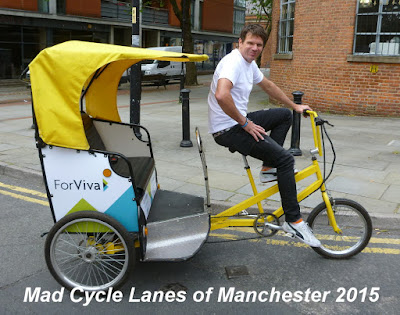 Sadly Manchester City Council has continually refused to license pedicabs or rickshaws to operate as taxis or private hire in Manchester in contrast to other cities. This is to the detrement of the city's environment which is degraded by the air pollution and danger from the excessive number of taxis and private hire vehicles in operation.

The rickshaws were operating a complementary service for the CHI Housing event that was being held at Manchester Central.