Portland Street Bus Priority works have started in central Manchester. This is the scheme where, unlike Oxford Road, the City Council and TfGM have failed to design in proper segregated cycle provision. Now the roadworks have started, the road has been narrowed considerably and the bus lane is no longer in force, making it a really nasty place to cycle. 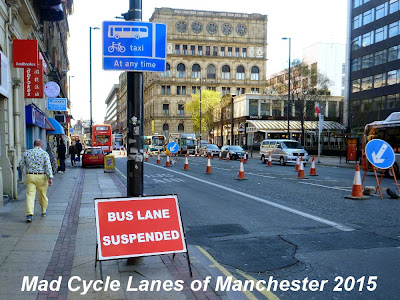 The central islands are currently being ripped out, and the road is currently one lane each way on the outer lanes of the road. 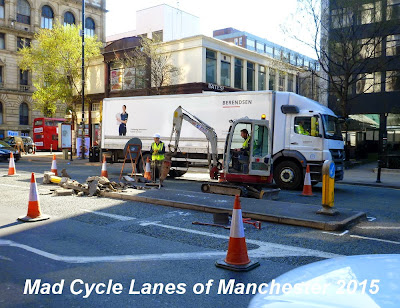 Despite the bus stops being suspended I still saw passengers being dropped off here. 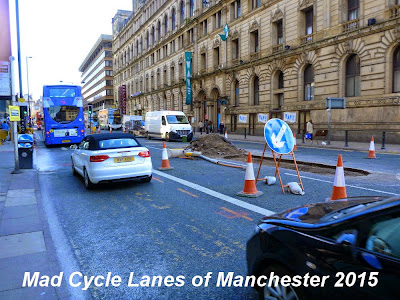 And the pavement is no better. 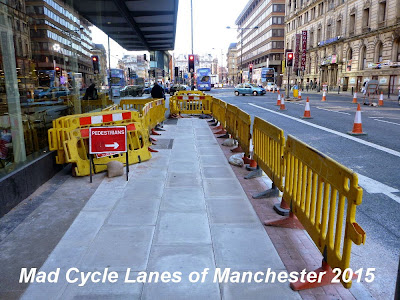 Generally the place is worth avoiding, if you can. 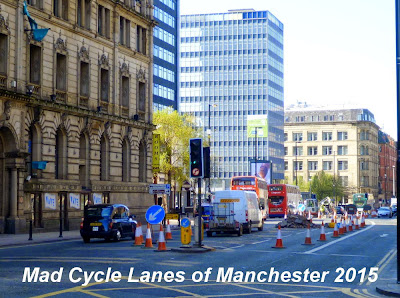 It is becoming almost impossible to get round the city centre on a bike at the moment.