This month saw a good turnout, despite the forecast rain. 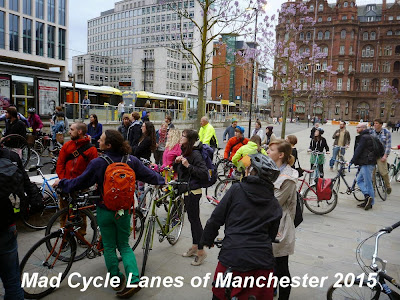 However, we faced a city centre gridlocked with traffic. 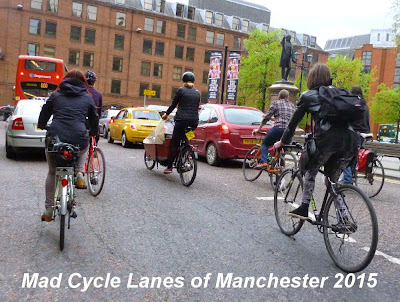 We spent several minutes waiting to get down one side of Albert Square, 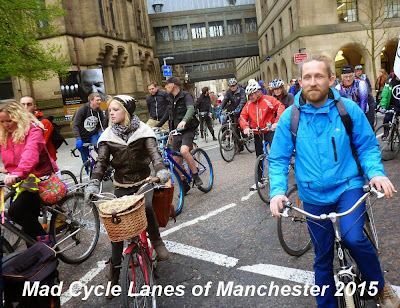 before deciding to turn left down Southmill Street, led by our youngest rider ever :) 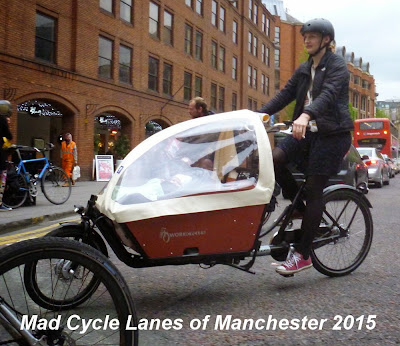 Out on Deansgate the traffic wasn't much better and the ride held together as a group rather than trying to squeeze past the traffic. It made this ride feel very safe despite the conditions. 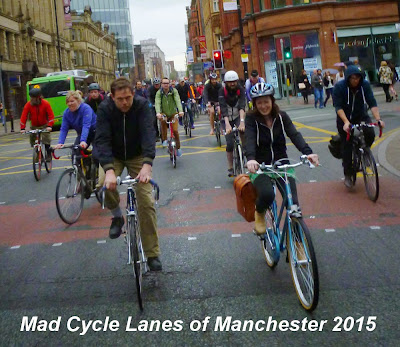 There was much discussion about the route as we tried to escape the gridlock. 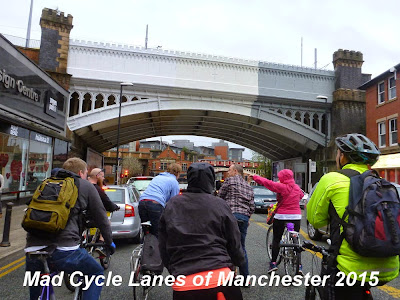 Out onto Whitworth Street West we finally found the space to ride. 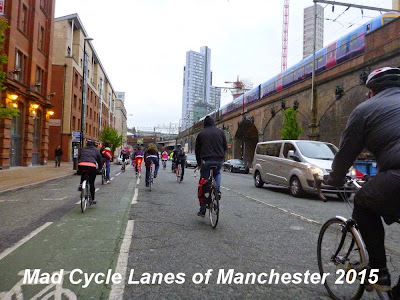 We then weaved round onto Hulme Street and onto Oxford Road as the rain began to fall lightly. 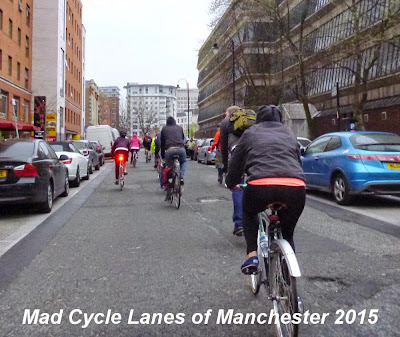 Finally, we reached the Northern Quarter, which for me feels like the spiritual home of the ride. 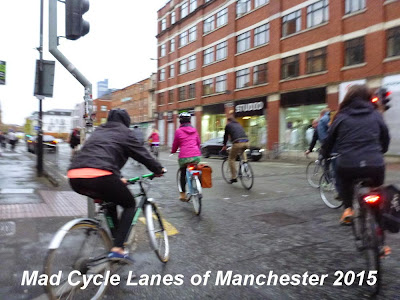 There were two tandems with us again. 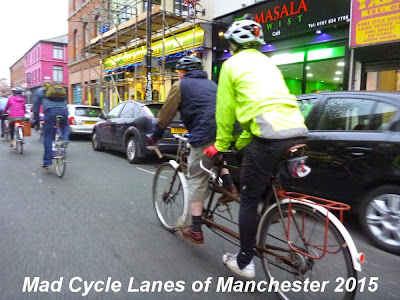 The ride got into a bit of a twist trying to negotiate the traffic, at one point performing a U-turn in Picadilly to avoid getting trapped without a right turn off London Road. 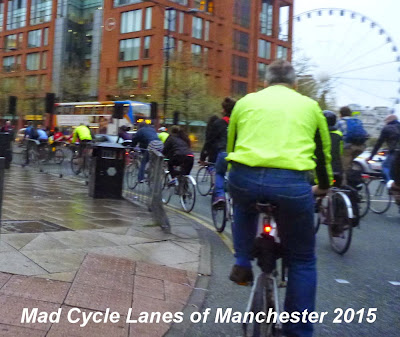 There were two sound systems, the other being the trike. 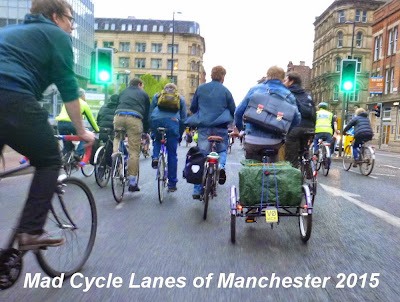 Gently does it across the tram tracks... 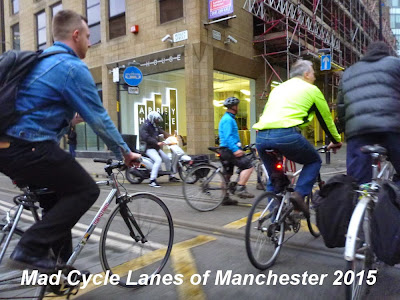 We passed three fire engines in Spring Gardens, apparently there had been an overheating light bulb in the pretentious new hotel. 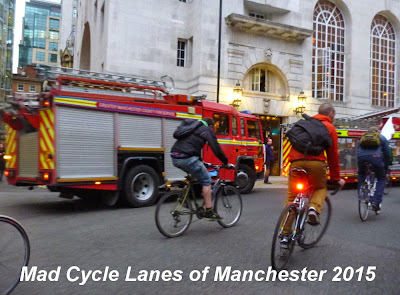 After some unconventional navigation round the roadworks the ride turned into Bridge Street and into Salford. 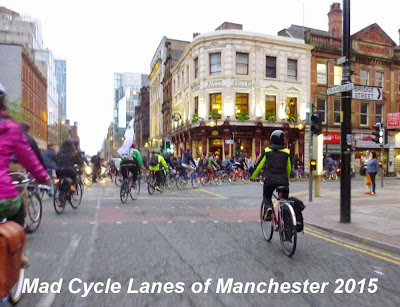 I left the ride as it crossed Chapel Street. It was a somewhat damp ride with heavy traffic, but the ride was highly sociable and felt very safe with people all looking out for each other.