Yes, there is one location in Manchester City Centre where you are threatened with a £500 fine for cycling. 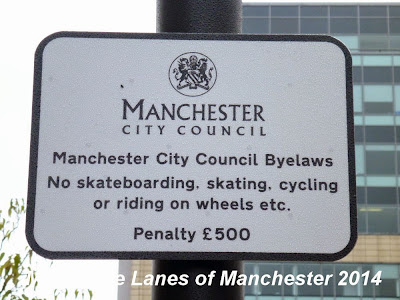 It is this big open space in St Peter's Square. 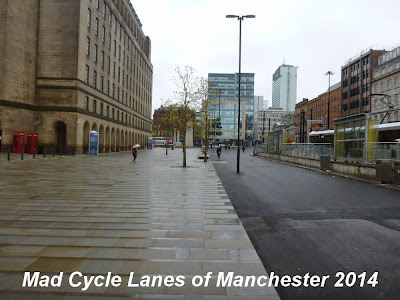 Not that the signs say anything about driving, so you still have to watch out for the construction traffic, even on a Saturday. 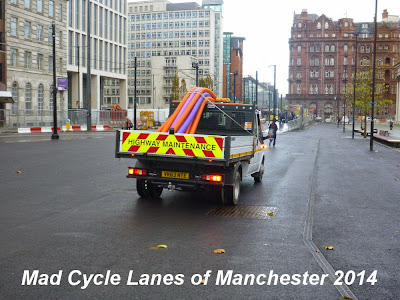 The sickening thing is that this used to be a cycle route, it crossed into the square here 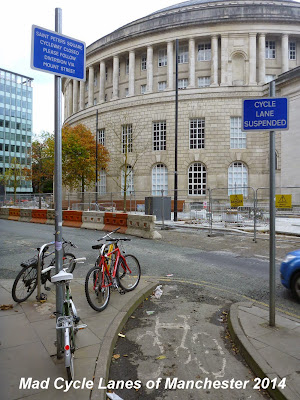 and ran across the front of the library here, but there is no sign of it now. 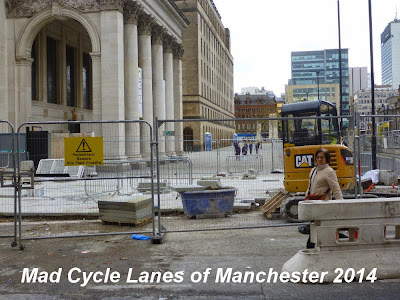 Ironically TfGM are still making use of this photo, taken on the cycle track where cycling is now banned. It is the background image on all their cycling web pages! 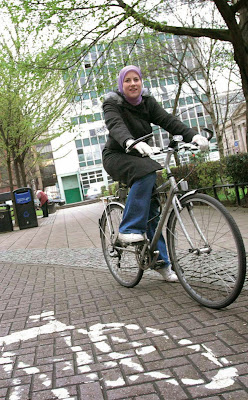 Update: It has been pointed out to me that this route is still marked on the Manchester cycling map. Another non-existent cycle route on the TfGM maps! 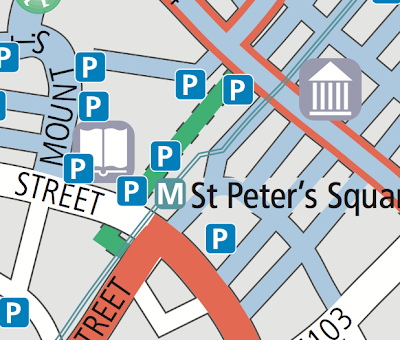 This is not the case in other squares in Manchester. If you go and take a look at the signs in Piccadilly Gardens 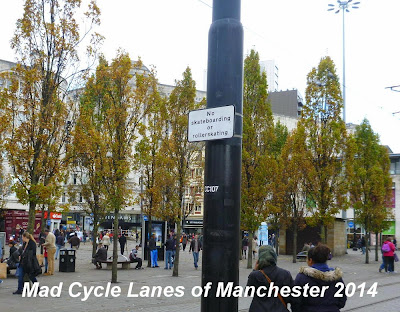 and in Albert Square they just say "No skateboarding or rollerskating." 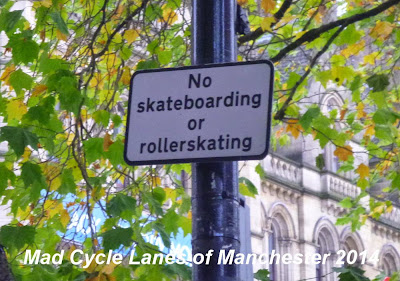 So why the by-law against cycling in St Peter's Square?

I haven't been able to find out any more. Details of the council's by-laws aren't available on the council's web site, so I can only assume this getting caught in the crossfire in some knee-jerk reaction after the skateboarding on the war memorial. 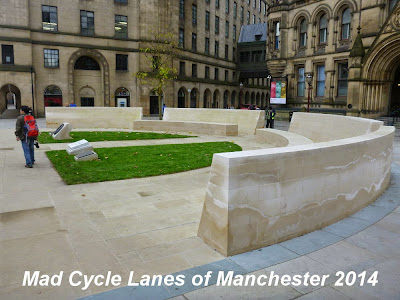 If anyone does find out what is going on I'd really like to know. I've asked for this to go on the next Manchester Cycle Forum agenda and I'll keep asking around. It is simply dreadful that whilst one part of the City Council is trying to promote cycling other departments are doing their best to ban it.

P.S. Many thanks to Cllr Chris Paul for putting me on the trail of this one...