This year's big bike entry in the Manchester Day Parade nearly didn't happen. I've been ill for many months now so when, back in January, the call for entries in the parade came out I knew I couldn't do it myself this year. So I went to GMCC's January meeting and asked for someone else to take on the organisation of this year's entry and was met with a stunned silence. Nobody was willing to help or even discuss how they might help.

Thankfully, Love Your Bike stepped in and Pete Abel took on the paperwork and the liaison with Walk the Plank. We came up with the idea of taking the theme Manchester, Going Global and shaped it into an entry along the lines of Manchester, Going Dutch, Going Global. This gave us the idea of putting a new puppet on last year's bike representing a Dutch woman and then bringing together distinctive bikes from around the world. Finally after some discussion with our artist Julian we also agreed that we should get all the people in our group to wear green to give the group some visual cohesion and the idea became Manchester, Going Dutch, Going Global, Going Green.

The new puppet was finished just in time, and in the morning I walked out to find the Love Your Bike Ad-bike already parked up in place. 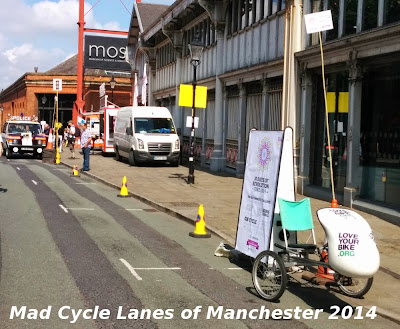 I caught up with Pete in the workshop just as they had had a problem with the wheels ceasing up. After Julian had tracked down some grease Pete got the machine moving and rode it up to the start. 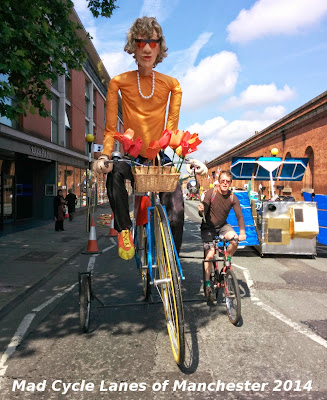 However, in the process one of the pedals sheared off, so more running repairs were required from Julian. 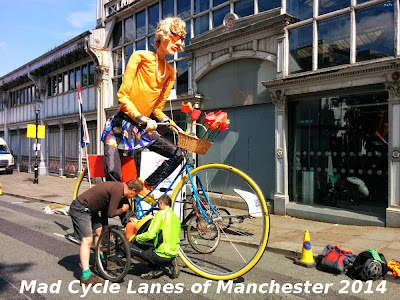 With the repairs sorted others started to arrive 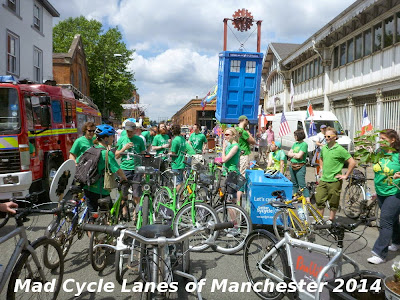 and we arranged the bloc with The big bike out front, followed by the sound system and the two remaining members of the Spokes, one couldn't make it following an injury, and then the Ad-bike taking up the rear. 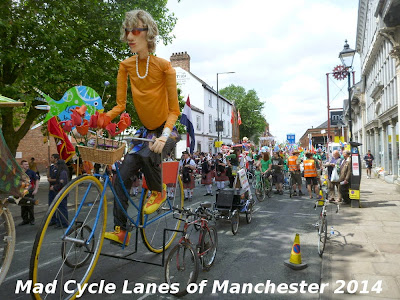 There were a total of 55 people in our section, thanks to the Love Your Bike recruitment campaign and Pavol's team on the hire bikes and cargo cycles. The riders all had flags on their bikes representing a country of their choice (limited to what was available). 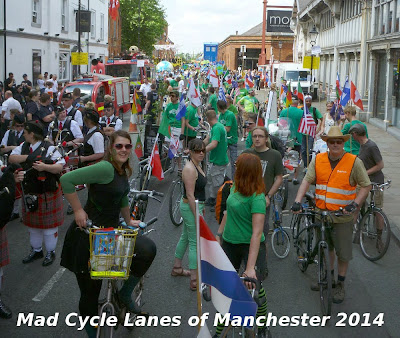 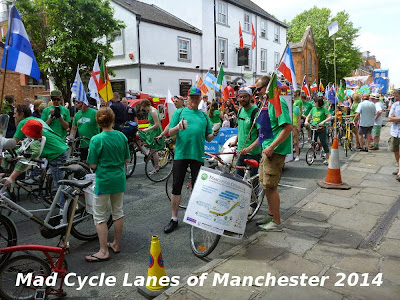 Then all of a sudden we were told it was time to move off, and out onto Deansgate in front of the huge crowds. 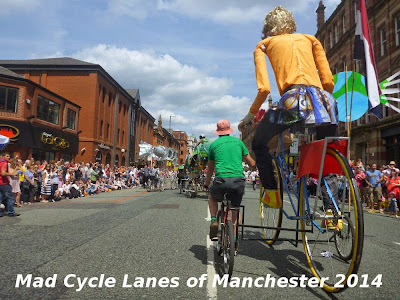 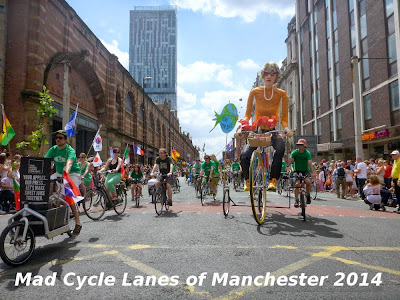 Then going up St Peters Street yet more running repairs were needed to the big bike and in the attempt to be heard above the drummers in front, my sound system failed on one side. According to those behind it emitted a loud bang and one of the speakers sent out smoke signals. Thankful it didn't catch fire... 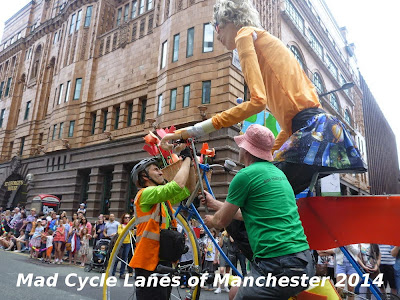 We then entered Albert Square 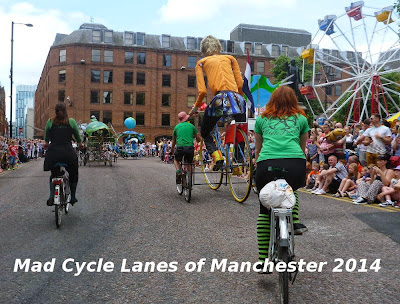 and between running repairs Julian was taking lots of photos of his work which he will hopefully put on his Flickr page soon. 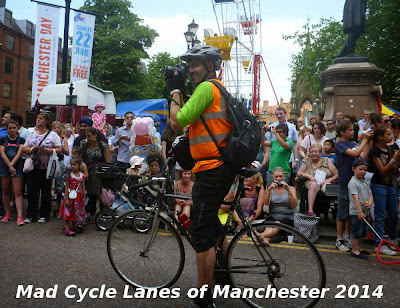 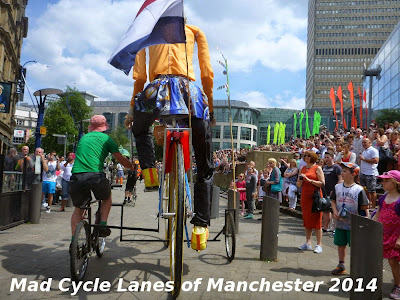 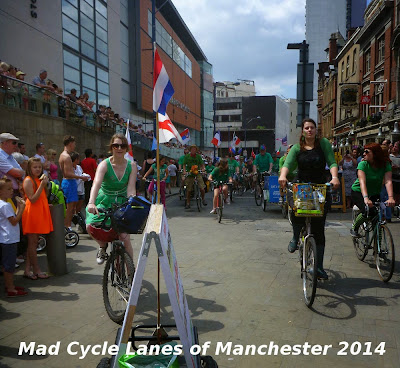 Our entry seemed to get much more attention this year. I think it was because the puppet was much more colourful and striking.

We even got into the BBC local evening news with a few seconds of the big bike and sound system rolling into shot which was then repeated every half hour during BBC Breakfast on Monday morning. 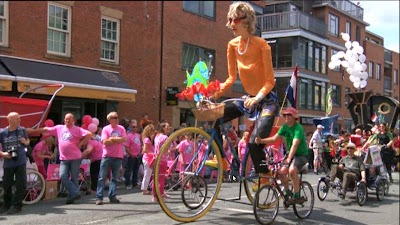 I am really grateful for Pete taking on the hard work of organising this year's parade. I only came out of hospital two weeks before, so I could never have done it myself this time. Pete and the rest of the Love Your Bike team brought their great organisational and networking skills to this year's entry which helped enormously.

The remaining question now is what about next year....