Who Pays the Piper?

The old saying goes, he who pays the piper calls the tune, and this is as true in the world of cycling and cycle campaigning as any other walk of life.

In the world of cycle racing the sponsor is emblasoned across the riders' clothing, bikes and cars. Nobody can miss the fact that British Cycling/Team Sky is funded by the Murdoch TV organisation and others, including £24m from Manchester City Council. 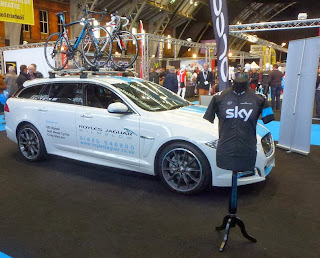 However, in the world of cycle campaigning it is not always obvious who is paying whom. It can be a real problem understanding what interests people have at cycle campaign meetings. There are may people who work in cycling based jobs in the UK.

There are many people working in cycle shops as mechanics or sales staff, people who work as cycle trainers, local authority officers and even professional advocates and campaigners as well as "consultants" who work freelance and then those employed by architectural and engineering firms and other organisations that design, manage and build cycle routes. There are also professional writers, photographers and artists and probably many more I've forgotten.

The problem is that it is difficult to remember who is being funded by what organisation.

Almost all bike shops and mechanics are entirely self funded, so whilst they will obviously want to see more people on bikes, because that should mean more sales, they have no worry about speaking their minds. However, people who's work is cycle training or route building will sometimes be funded through a local government scheme. Just think for a minute, if the local authority pays these peoples' wages, are they going to risk their funding by openly criticising the organisation that funds them? I think not.

So next time a "cycle campaigner" says that you shouldn't criticise the local transport authority or local council, ask whether they receive funding from that same local authority, either indirectly through the organisation they work for, or directly as an employee, consultant or pensioner. If they are funded by that local authority then it is perhaps best to ignore their advice...
at 18:25