More restrictions on cycling at Mediacity?

TfGM have put up new maps of the diversions around the tram works in Trafford. At first glance they might be seen as useful information, but a closer look reveals that they have included a cyclists dismount restriction on BOTH bridges across the ship canal. 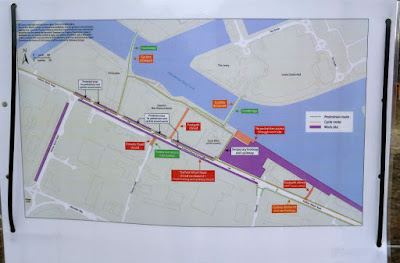 
Anti-cycling notices were posted on the swing bridge in August 2016, exactly 5 years after the place opened - probably to do with the time a developer has to wait before they can ask for their section 106 commitments to be removed. 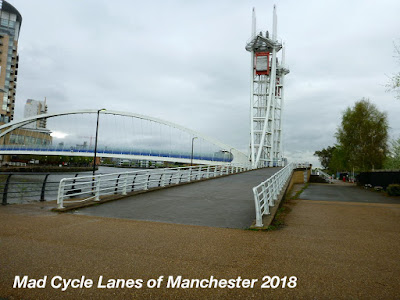 However, no notices have appeared on the lifting bridge... YET! 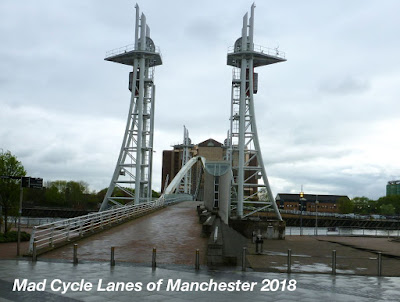 TfGM and Peel are in the process of creating a bicycle user group - controlled by the two organisations and these maps are perhaps the first evidence that they may be trying to further restrict cycling on the site?