Manchester's #space4cycling ride today exposed a real tension between the lack of proper organisation of the ride and those of us who had put a lot of effort into our own participation. Those at last Monday's GMCC meeting saw the problems exposed in full.

Pete Abel & I had spent Thursday morning getting the Love Your Bike Ad-Bike into shape for the ride with a giant #space4cycling poster on both sides and giving it a mechanical once-over. I spent a couple of hours last Sunday doing the same thing with my bike trailer.

Here we are setting out down Whitworth Street West along the rather odd cycle lane that tries to stay out of the door zone. 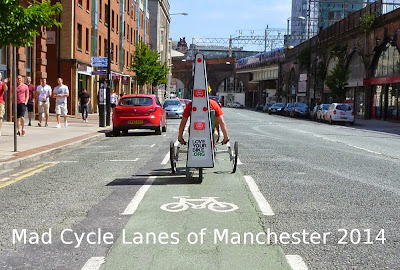 Then out along Oxford Road and the strange cycle track beside Whitworth Park. We rode alog Oxford Road and Wilmslow road with our big machines just to make sure the message was seen at least once.... 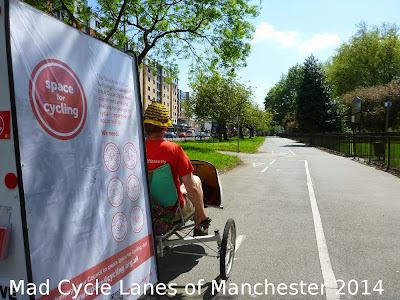 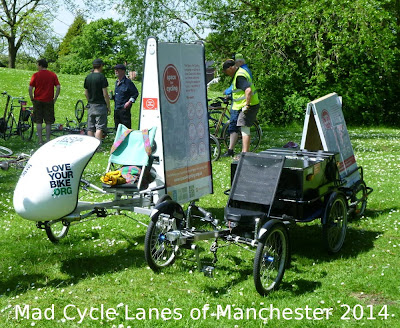 The star of the show, however, was the Bicycle Guy and familly by a long way :) 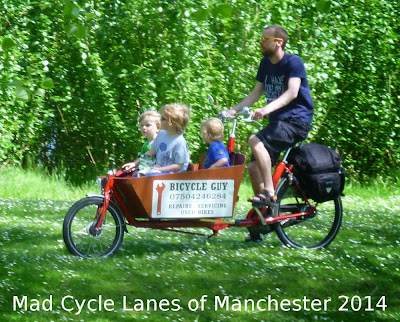 After a few words from Cllr Kate Chappell and Cllr Chris Paul the ride set off along Wilmslow Road in the sunshine. 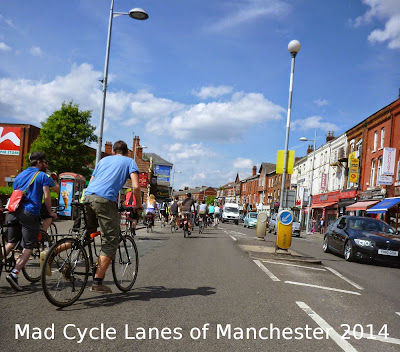 Then along Oxford Road, by which time it was clear that the Police were not going to intervene & spoil the day. 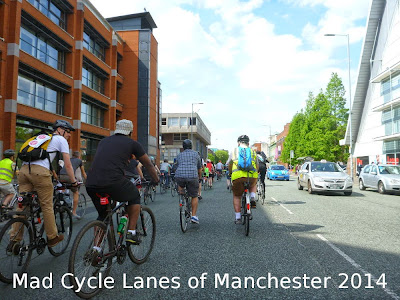 However, it was disappointing, that after we had around 500 people on the streets on a weekday evening for #space4cycling back last September, there were only around 150 out today in the weekend sunshine. 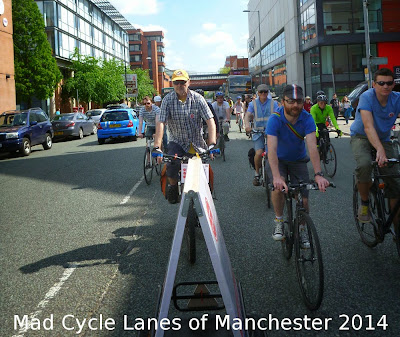 Unfortunately, this ride was poorly organised, to the point where it was deliberately not press released and as a result many people stayed away. 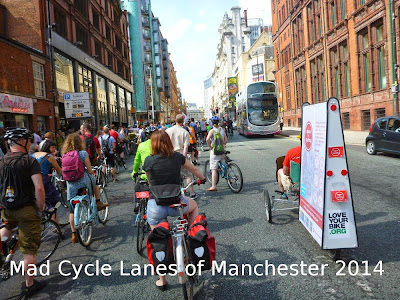 Also, the event clashed with many other events in the city today. The Spokes were at the Vegan Faire.

However, it was good to see Gabi from Manchester's Bike Lab carrying on the research :) 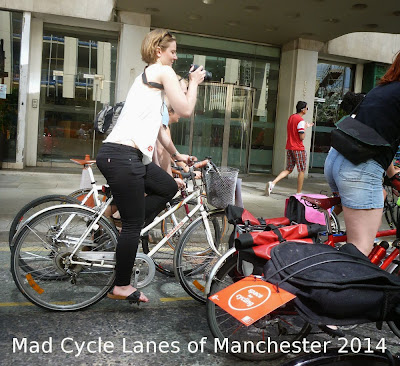 Luckily, the ride set off so late that there was room in Albert Square for the ride to end 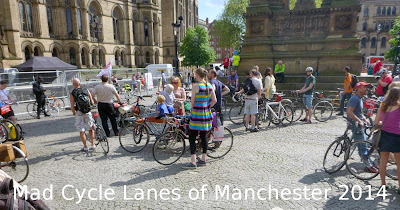 and there was time for end of ride bike comparisons... 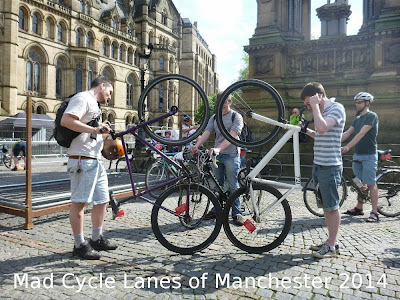 It is likely that there will be another ride in Manchester in September.

We need to get thousands out on the streets!