Just got home from CM, had a great time, didn't know a soul but was made to feel really welcome. Thank you lovely people! Looking forward to the next one.

The theme was dress up like a Criticalmass Tree with lots of LED lights. There were several examples of brightly lit bikes. 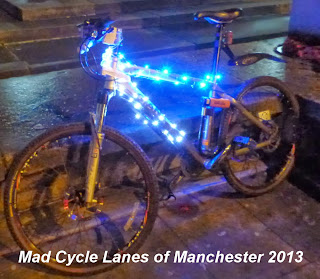 These drew the admiring attention of a pair of passing community support offices who normally patrol on bikes. They were very impressed with the lights and chatted for a while before moving on. 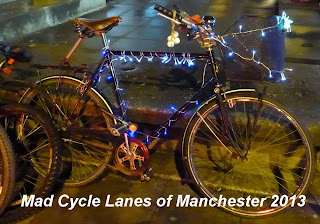 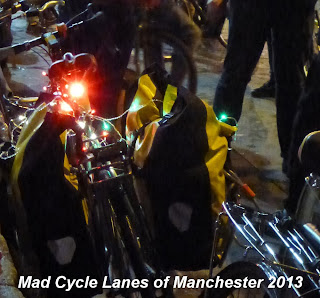 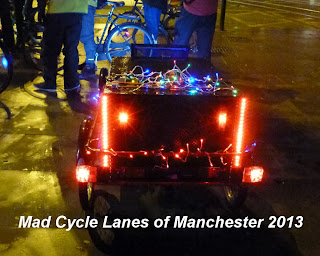 The turnout was worryingly small, probably caused by the cold and earlier rain, which had only eased off at about 6pm, but the ride seemed larger than the start. 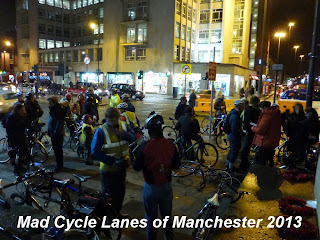 However, we needn't have worried. As the ride moved off to sample the xmas lights it became clear that the ride was going to be a good one. The corking and communication with the traffic was really good - often 3 of 4 people handling each junction. The ride got held up in traffic, but this didn't spoil the atmosphere. 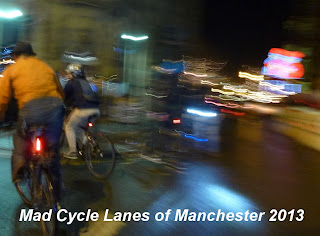 The abiding memory was of a very friendly ride. Lots of conversation over the music and everyone looking out for each other. I even received help from other riders pushing me up the steep hills. 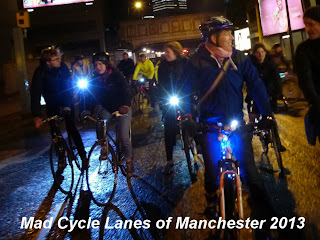 We took a very unusual route out onto Bury New Road and up by Strangeways, 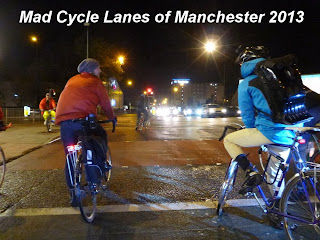 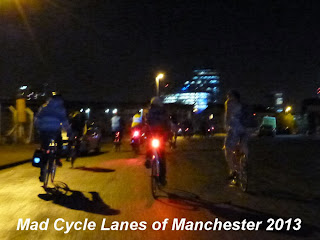 The ride ended at a warm and cozy Popup Bikes, 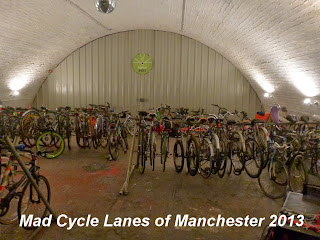 for the Bikes ‘N’ Such Photography Exhibition which included free beer! 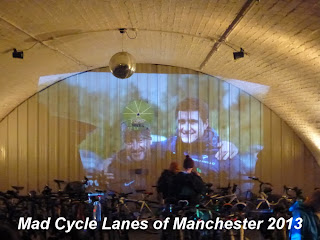 The projected photographs certainly added to the atmosphere. 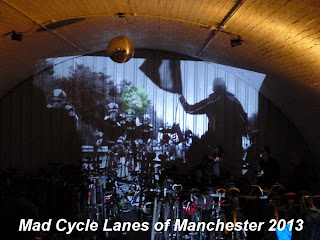 It was a really lovely ride and it really lifted my spirits.

I won't be able to make December & January's rides because of clashing commitments, so hope to see you all again in February.

Thanks everyone for making it such a lovely evening.

Music playing was by MorPheuSz, Days of Delirium & Nocturnal Nightmares