Popup Bikes is an odd-ball bike place in an archway under the tram lines in Corporation Street, near the new Coop building. Dipak, who runs it, has an easygoing but entrepreneurial attitude mixed in with a large helping of social purpose. What with the film nights and photo exhibitions the place is almost like an unofficial/alternative Manchester bike centre 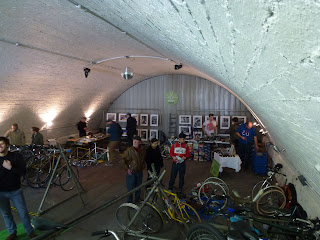 It was small in scale, compared to the events at the velodrome. 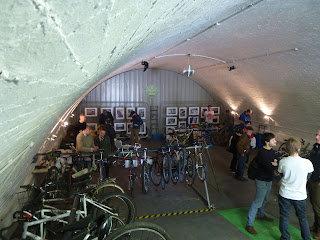 There were a few bikes for sale as well as parts and accessories, 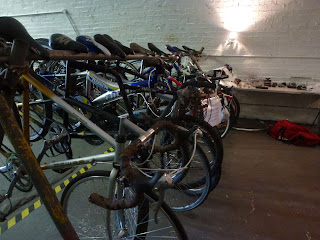 But on a sunny Saturday afternoon it seemed to end up as much a social event as a commercial one. 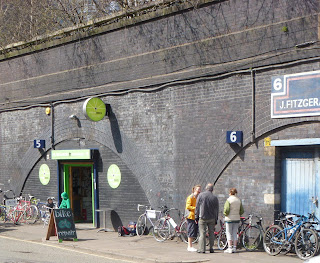 When I dropped in again at the end of the day the conclusion was it had gone well, so it may be the first of many.
at 14:32