This evening's Critical Mass had a surprisingly good turnout considering the city was under an amber weather warning for snow. Nearly 50 people turned out for a snowy ride round the city centre. My photos are a bit random, thanks to my little camera having not entirely survived bouncing along the road earlier in the evening and the viewfinder having stopped working. 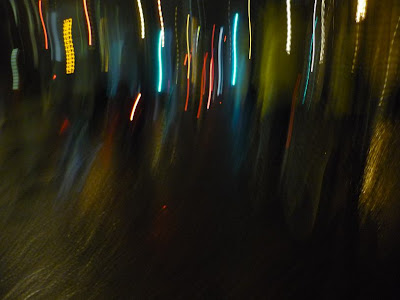 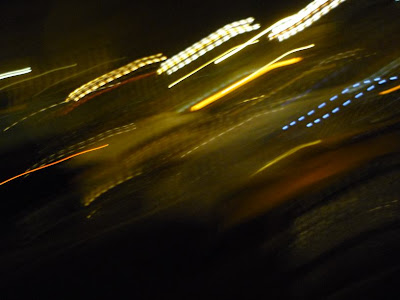 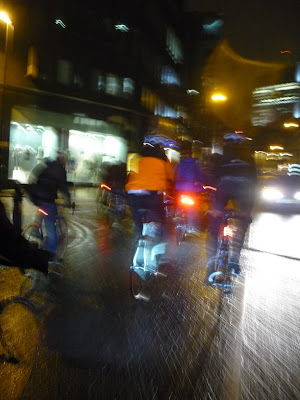 There was one, well waterproofed, sound system providing entertainment. 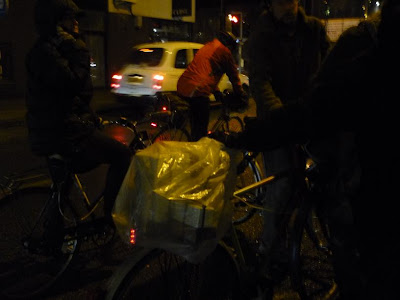 The ride came to an early conclusion and many people headed to a nearby pub.

Some people are now thinking about having another mass ride, but on Sundays in line with the traffic free Sundays that happen around the world in many cities where the council close roads for the day.