Yes, that dreadful sign has returned to Victoria Street. 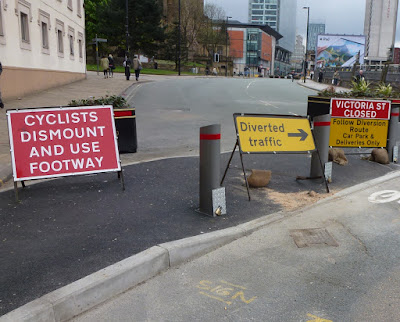 Travelling south along Victoria Street anyone on a bike is basically being told to get off and walk by Manchester City Council. So much for making cycling easier in the city centre!

An utterly bonkers short piece of advisory cycle lane (much used by taxis for dropping off passengers) has been painted in the run up to the road closure. 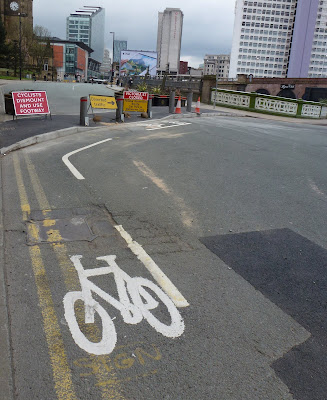 The lane ends in a solid line, which is very odd since there are no traffic lights. 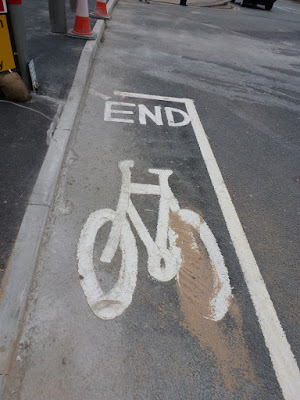 The truth seems to be that the cycle route has been deliberately blocked by road signs with no thought for how anyone on a bike should get through. 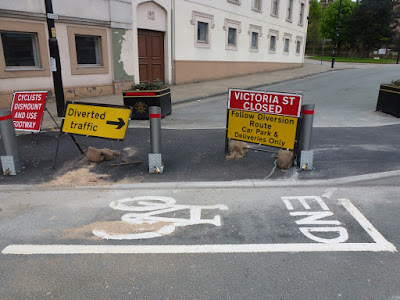 Manchester Council clearly don't want too many people cycling in the city centre.