This route is one of the Velocity 2025 cycle routes. It's a nice new footpath along the Bridgewater canal, but it is a very poor quality cycle route, and in places quite dangerous.

I joined the path at Pomona Strand, near Old Trafford Football Ground, here the towpath crosses the canal on an iron bridge. 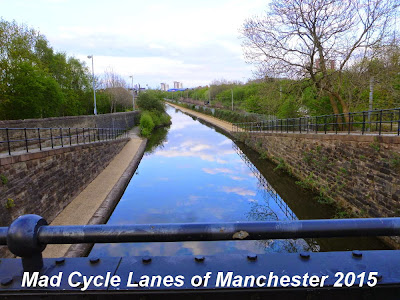 The path seemed to be open, so I assumed that the work had been finished. 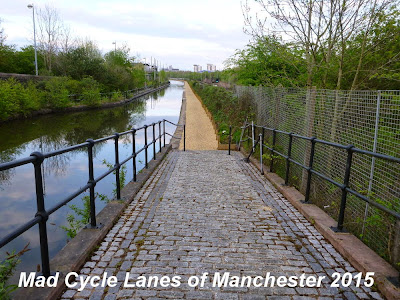 The path has been cut back to make it as wide as possible, and finished with a gravel surface. 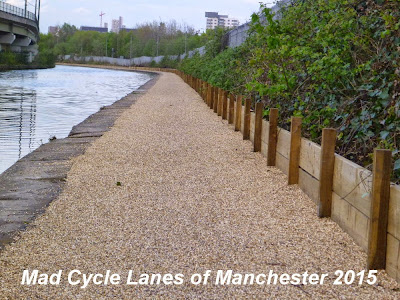 However, it was soon apparent that this surface was not fit for cycling. It is a deep loose gravel surface that is not bonded together, and my bike squirmed around quite alarmingly. 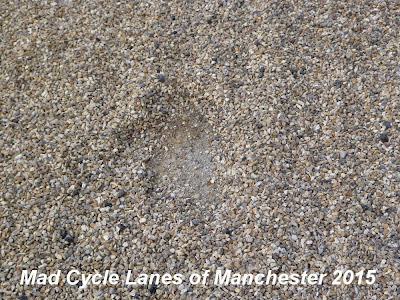 The path continues under the tram line, it is wide enough at this point, but it is quite uneven and feels like it is pushing the bike towards the water. 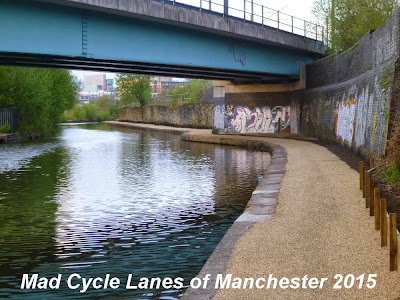 and then reaches this bridge under Pomona Strand. 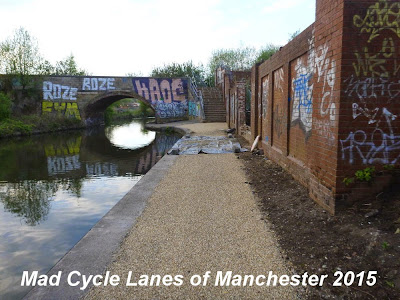 Here the path turns to cobbles and narrows alarmingly under the bridge. 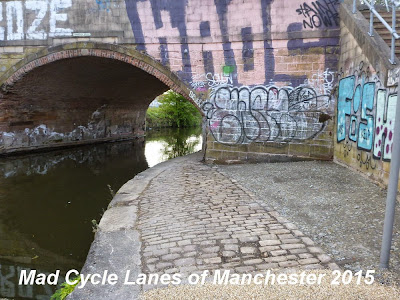 Under the bridge the path is extremely narrow and cobbled with no railings to stop you falling in the water. This is so narrow that no tricycle, cycle trailer or hand cycle would be able to get safely through.

This route is simply unfit for purpose as a cycle track. 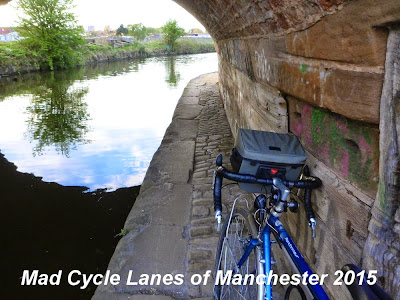 The canal then passes under the railway and tramlines. 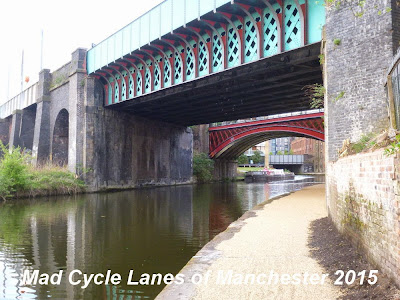 Here the towpath goes over several cobbled bridges that rise over the entry to the many wharfs. At this point the barriers at various alarming angles made me think the path isn't quite finished yet. 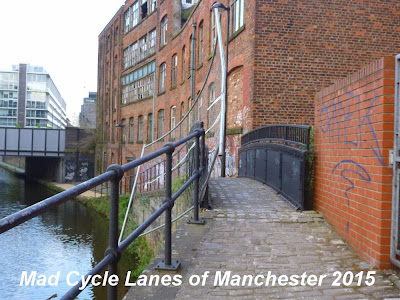 There are more narrow passages under bridges with cobbled surfaces. 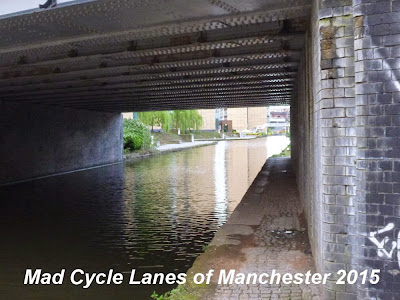 These cobbled bridges are quiet steep and narrow, and the path becomes very busy here. 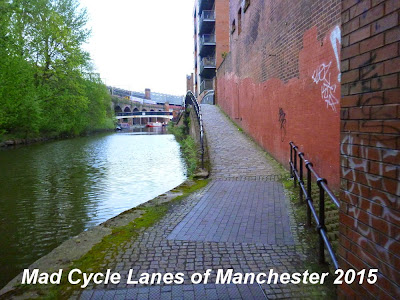 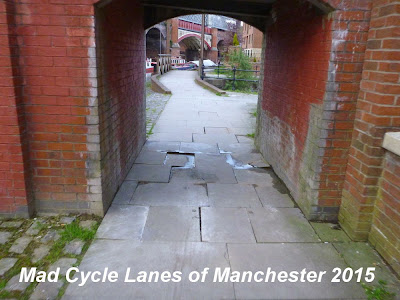 and out into Castlefield Basin via another set of cobbles, or mud if you prefer. 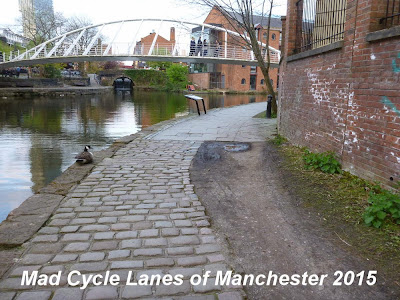 The cycle route is then due to go round Caslefield Basin, past the Wharf Pub and emerge at the bottom of Deansgate. 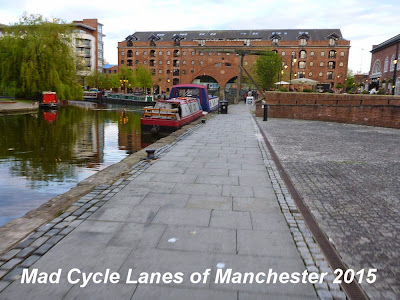 This is a useful upgrade to the footpath along the Bridgewater canal, but it is a crap cycle route, and really quite dangerous. I hate to think how much cycling money has been wasted on this route when it could have been spent on upgrading one of the many parallel routes.