This is the beginning of the Ashton Canal, and is not an official cycle route. The canal begins in Piccadilly Basin, here access is only via steps from Ducie Street, and the route starts on a very low bridge turning back under Ducie Street. 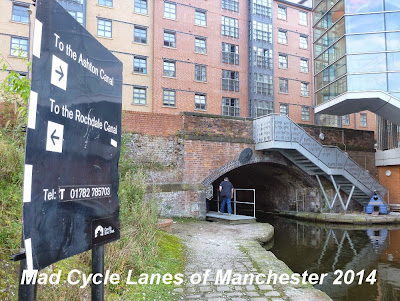 The bridge is very low. 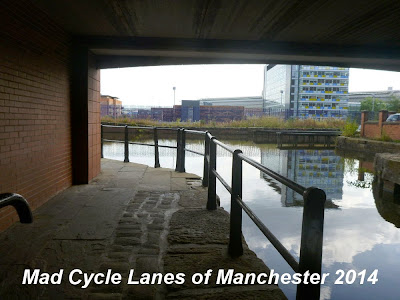 The towpath then winds around the new developments and over this bridge. From here the path is ridable, up till this point it is best to walk. 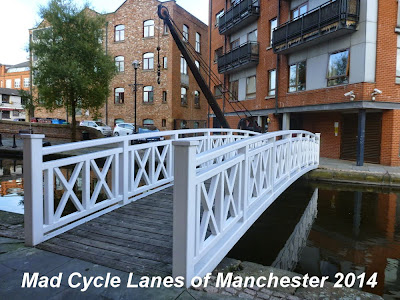 Next is Store Street Aqueduct, originally built over Shooter's Brook, 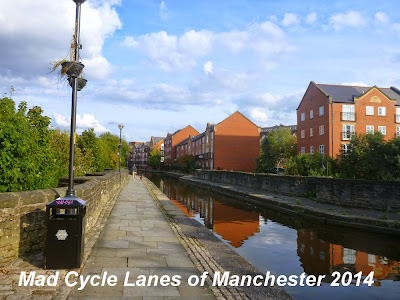 but that has long since been culverted and is now the route of Store Street. 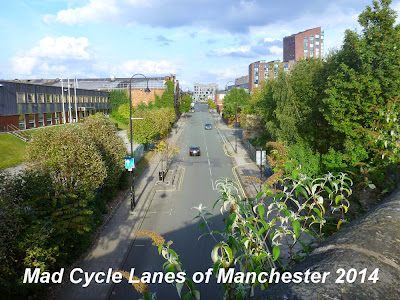 Next is Piccadilly Village, somewhat artificial and sterile. 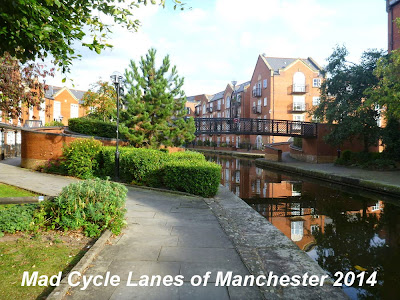 Another bridge takes the towpath over another side basin, and the path then goes under the A665. 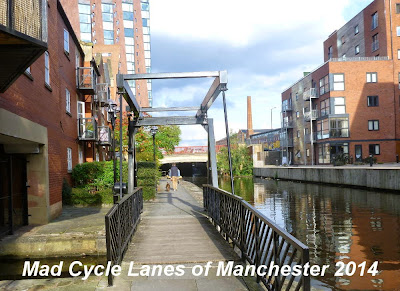 Past the first lock is the lock keeper's cottage. 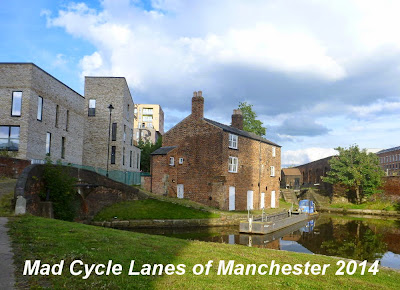 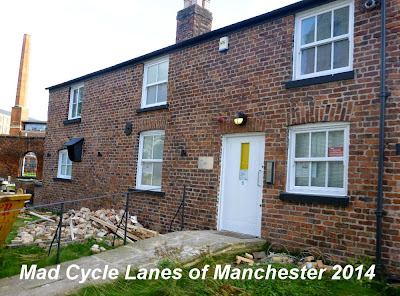 At this point the towpath turns into an official cycle route 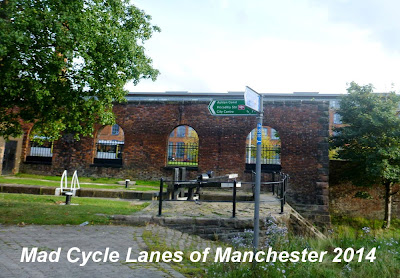