The report on the Oxford Road consultation came out last week, and I received an email response:-

Following your response to the Oxford Road bus priority package consultation which was held between 22 May 2013 to 5 July 2013 we have now analysed all responses received.

Over 1,000 people commented on the plans for both Oxford Road and Manchester city centre. The reports demonstrates support for our original proposals with Oxford Road receiving support from 65% of consultees, with 12% against the plans and 23% neutral or with no clear opinion. A copy of the consultation report is attached.

Please note a separate report is available for the Manchester city centre proposals.

If you would like to view a copy of the Manchester city centre report or the appendices for both reports, these are available at www.tfgm.com/buspriority or alternatively, you can request a hard copy by contacting us:

Both Oxford Road and Manchester city centre schemes are now being further developed in line with the suggestions and comments received during the formal consultation process.


The consultation report is available on-line, please have a look.

The main message is that by far the biggest number of responses were about cycling, so a big thanks to everyone who responded.

The recent fatalities in London, underline the need to get this scheme right, and not just bodge something up because it is cheap. 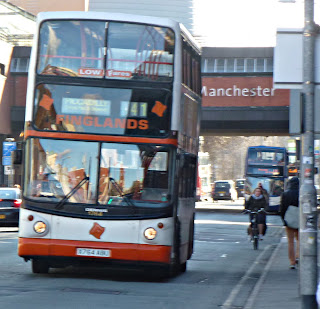