Trafford Cycling in the Altrincham Parade

On the 6th July I rode the Brox and sound system down to Altringham to join the Altrincham Festival Parade. It was an experience in total contrast to taking part in the Manchester Day Parade. For a start the parade is very long, going from St Margarets Road in Bowdon, all the way to Beech Fields in Timperley and unlike the Manchester Day Parade, which is almost entirely pedal and foot powered and is strictly no advertising, this convoy is dominated by advertising for local companies and the huge trucks of the local scrap metal companies which sponsor the event.

Pippa Cameron and Emma Copson had put together an entry in the parade under the banner of Trafford Cycling.

Forming up in St Margarets Road. 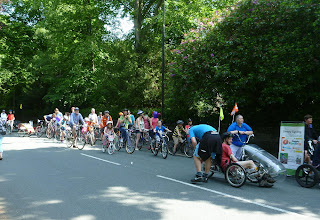 Moving off - just one or two people around... 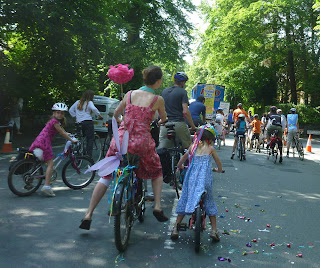 Downhill into the town centre. 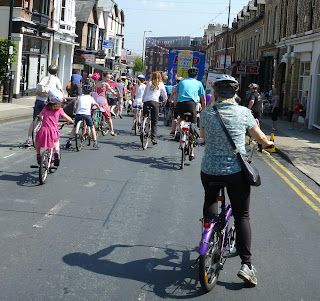 We had around 40 people on a variety of cycles. 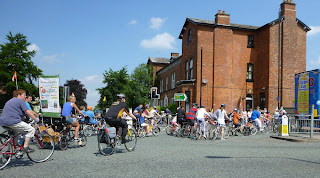 Unfortunately we were stuck behind a large truck with a very loud live band onboard, so my sound system was struggling to make itself heard. 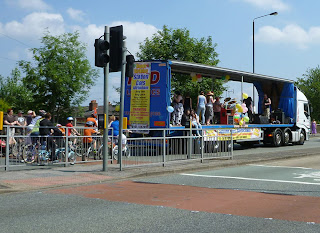 Richard Alderson of GMCC turned up on a hired Brompton... and there was a big contingent from Simply Cycling on all manner of machines.

Several miles in the strong sunshine meant we were pretty weary by the end. 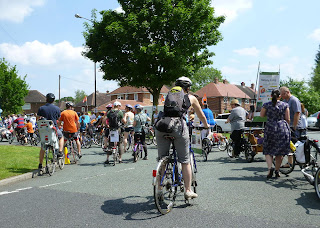 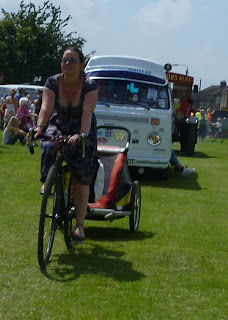 And as the prizes were being announced Pippa decided we ought to go over to where they were being handed out, just in case... 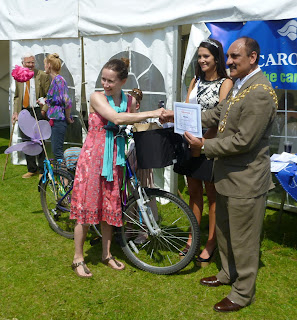 We were awarded, Highly Commended in the Voluntary entry class! 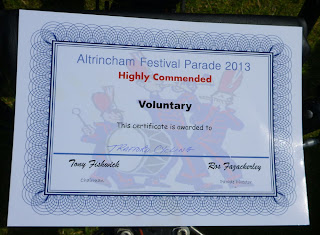 All in all it was a very worthwhile exercise and is likely to be repeated next year.

Some photos from elsewhere on the web

and this photo appeared in the Sale and Altrincham Advertiser 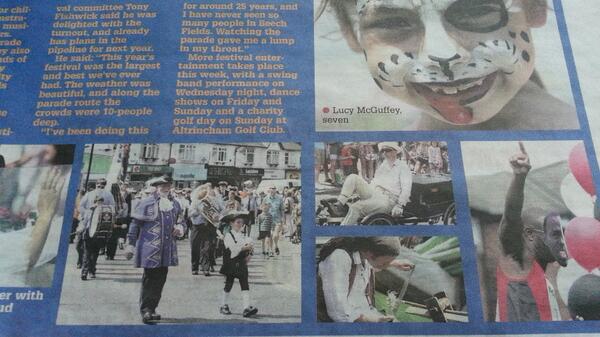