The London Hire Bike Scheme seems to be changing the culture on the roads of the capital.

You used to only see this sort of thing in places like Amsterdam... 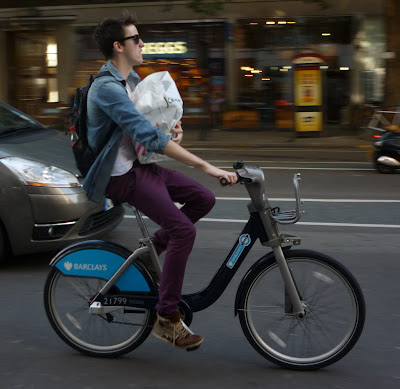 But now everyday people in everyday clothes are seen taking to London's streets on two wheels. 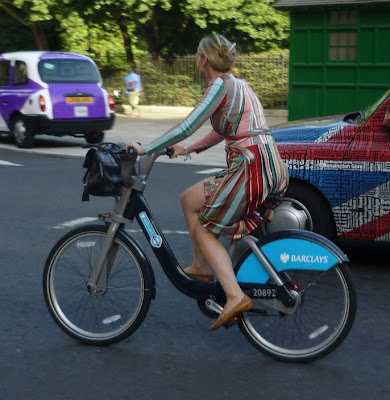 Even the black cabs seem to be taking more care these days, after all one never knows if that is your boss cycling to work. 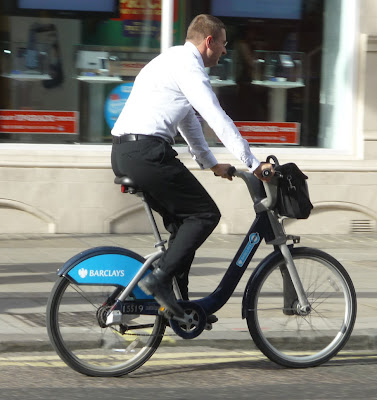 I was only wandering round for a couple of hours but cycling seems to becoming quite cool in some parts of London. 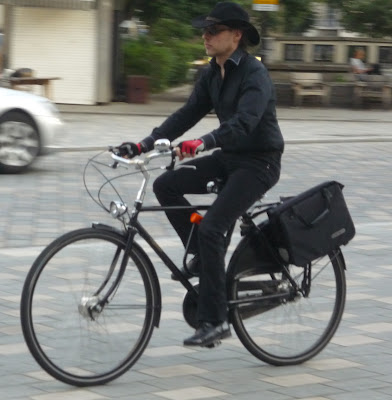 Now that's what I call a cycling hat :)

However, the issue is, would a scheme like this work in Manchester?

I think it could, but a scheme like this costs a lot of money to make a success of it. A major sponsor is needed with deep pockets and an image to promote..... It would be really cool if the Coop Bank were up for it!