For most of the past year I have been unable to ride a bicycle, restricted to my four-wheeled recumbent I have been temporarily disabled. Worse than that, much of the local cycle infrastructure is unridable on such a machine.

So, when today I was finally able to ride my touring bike without pain it was a cause for celebration, I made it out to Monton Green via the Bridgewater Canal. 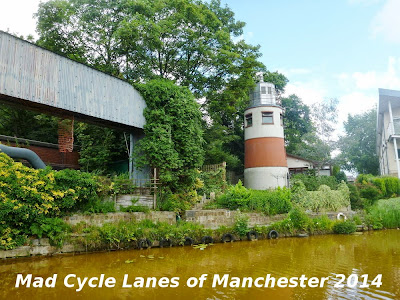 This route would have been totally impossible on a trike or four-wheeler, as to get to the newly resurfaced section of the Bridgewater Canal I had to carry my bicycle down a steep set of steps and lift it over a barrier. This section is unfinished so hopefully access will be easier from further east once it is finished. 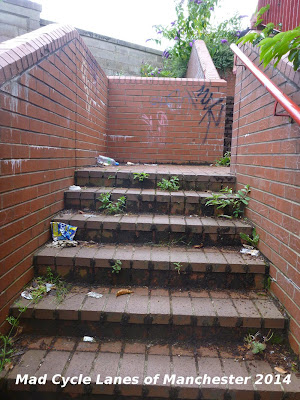 On the return journey I decided to try out NCN Route 55, through Salford, which should have been the best option. Yet again, with this barrier at the bridge over the entrance to Ellesmere Park would have been impossible on my four-wheeler. 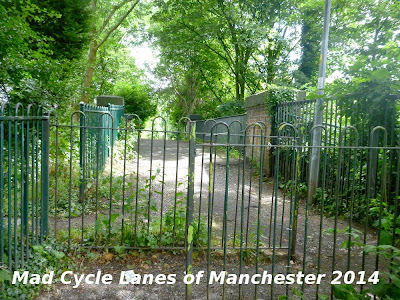 Then at the south eastern end of Ellesmere Road I meet the first sign of failure. 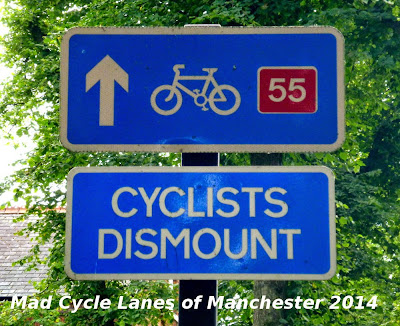 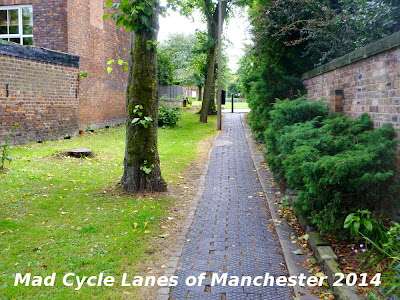 with a bollard at the end, just to ad an extra insult. 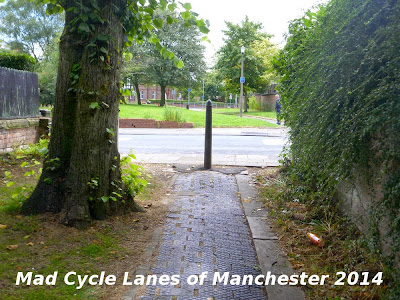 The second sign of failure is at the bridge over the motorway. It is wide enough for a shared cycle route, but getting into it involves getting onto the pavement round the barriers. 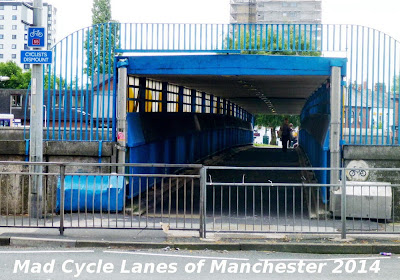 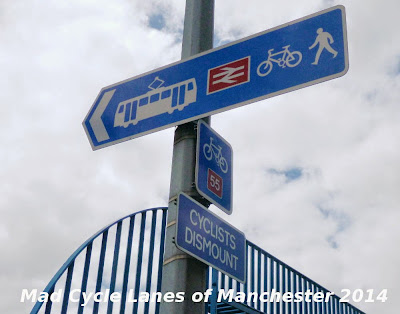 The final failure was then at the roundabout between the A57 and the A576. 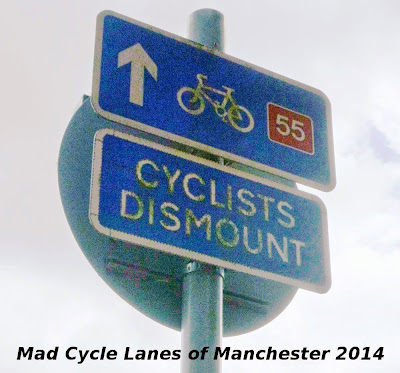 The use of the "Cyclists Dismount" sign on cycle routes clearly demonstrates a lack of political will on the part of the council to provide decent, safe and accessible cycle routes.