A week ago it was noticeable that the cycle trailers had moved away from the cycle racks and were attached to other pieces of street furniture.

A signpost in Cross Street, 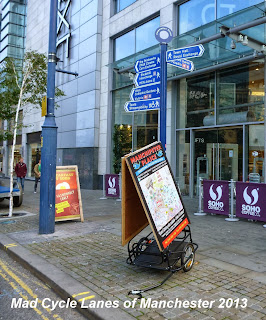 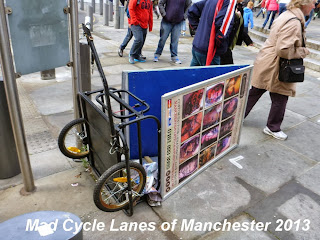 and a big lamppost in Piccadilly Gardens. 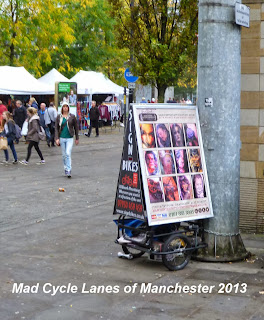 However, this Saturday, only the trailer in Piccadilly Gardens was still there, 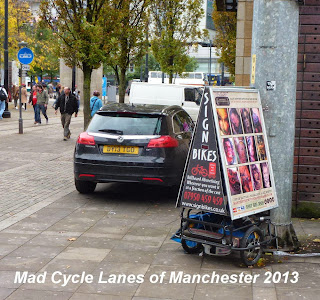 and just round the corner the same company seems to have resorted to people standing around holding placards. 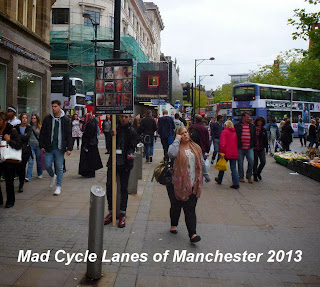 Lets hope with further pressure from bike riders and councillors we can get rid of the remaining few BMX bikes and get some more cycle parking back into use.

However, there is a much greater problem with blocked cycle parking in the city centre, and that is the many motorbikes which block cycle racks. Last Friday, this was the state of the cycle racks outside MOSI. Not a bicycle in sight. 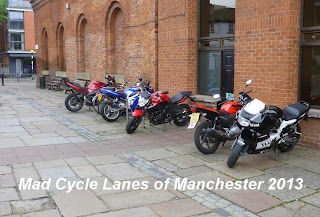 All the bicycles have been displaced onto the nearby iron railings, which are less secure than the purpose built Sheffield bike racks. 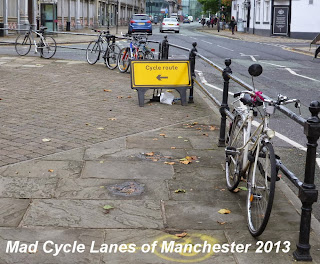 That's a campaign for another day...