November's Critical Mass was a very chilly one. As the cycles were gathering, the traffic looked so bad we thought we'd be going very slowly. However, as we rolled away the congestion cleared somewhat and we had a reasonably free flowing ride. 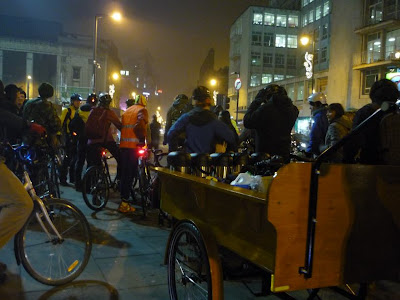 There were at three sound systems on the ride, including this trike-mounted one which I hadn't seen before. 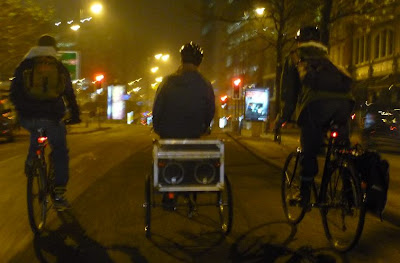 The ride was also very colourful, several people were wearing strings of led lights and it was especially good to see Dipak from Popup Bikes back on his bike after his long recovery.

I left the ride as it turned south towards Platts Fields. 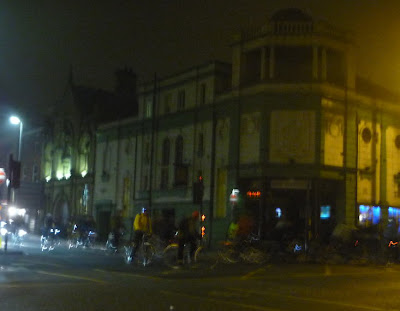 It was getting pretty cold by this point.