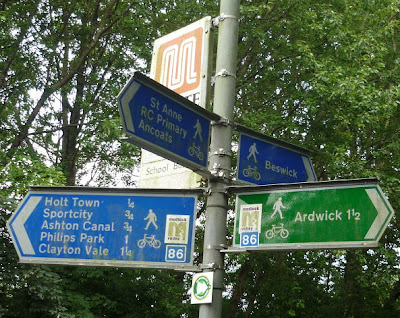 This route is shown on the Medlock Valley Leaflet as alternative to the NCN 86 along the Ashton Canal. It is shown going from the inner ring road by PC World all the way to Sport City 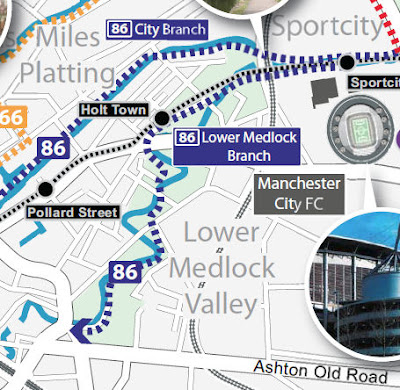 It is also shown following the same route on the latest TfGM Manchester cycling map. 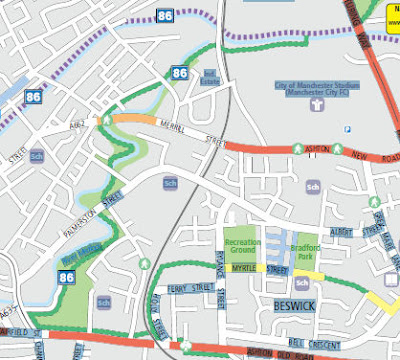 However, when I rode this route back in August I found the route came up somewhat short of it's claimed destination.

The route begins at the southern end, where the inner ring road crosses the River Medlock. 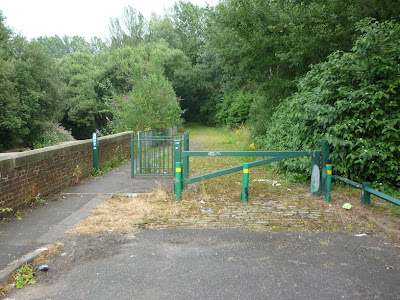 It is a rough start on cobbles alongside the river. 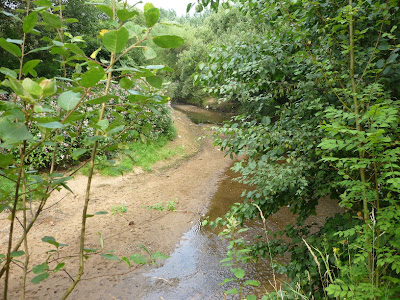 After the cobbles run out the path forks left along the river, 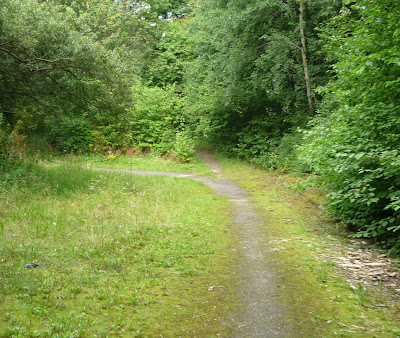 and gains a tarmac surface as it starts to slope upwards. 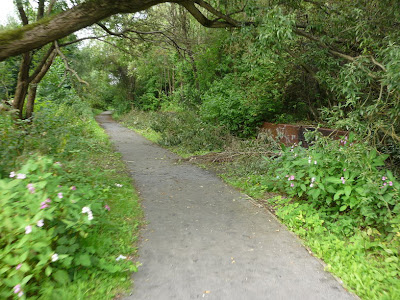 It then turns right and climbs more steeply between railings to run alongside Aden Close, 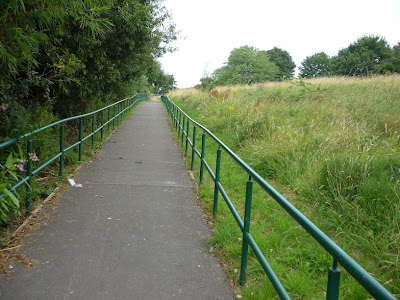 before turning left and descending to rejoin the river. 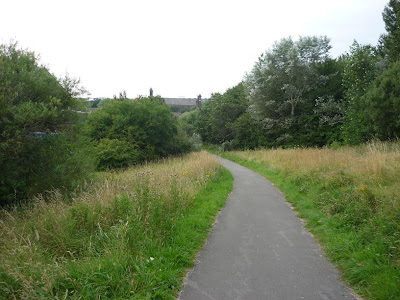 The path then crosses Palmerston Street. Thankfully the kissing gates have been removed all along this route, so access is not a problem. 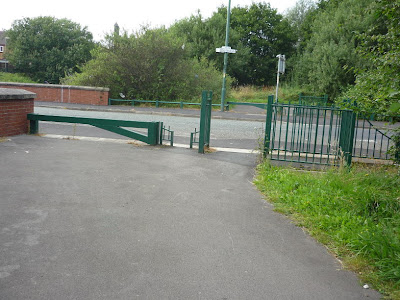 After crossing Palmerston Street the path turns sharp right and goes into woodland, 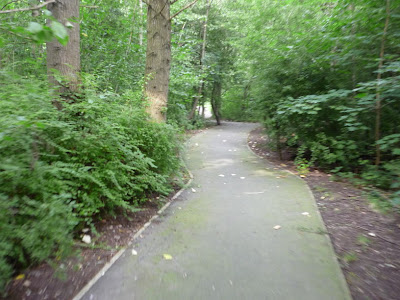 before emerging at Gurney Street. Here the route turns left along the road crossing the river on the road bridge 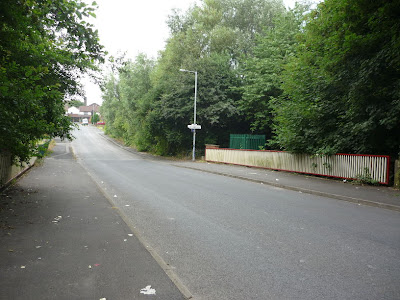 and then turns right into woods again. 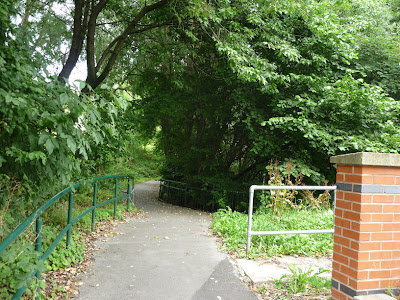 A few yards further along the route forks left up a steep path, the only signage being the NCN sticker on the railing. 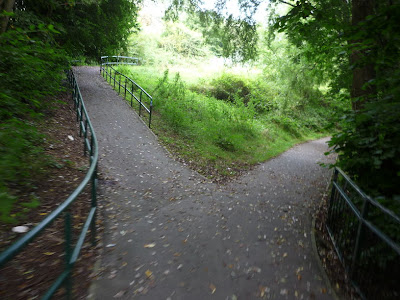 The path then turns left again 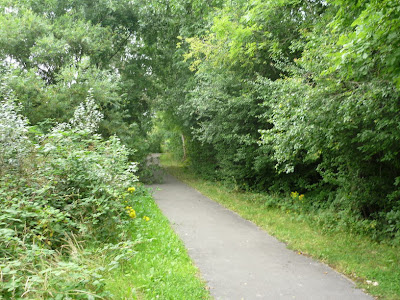 and emerges onto Merrill Street/Ashton New Road at the Mitchell Arms. 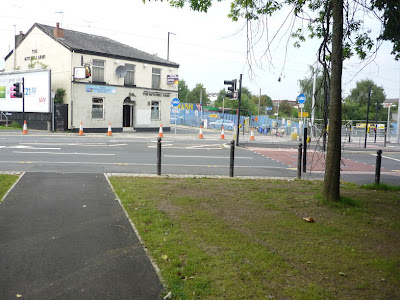 Here, despite the sign pointing onwards the route just vanishes. 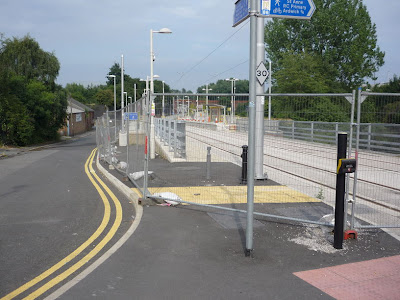 The rest of the route onward to Sportcity has been closed for the construction of the tram line. There were no closure notices, nothing. 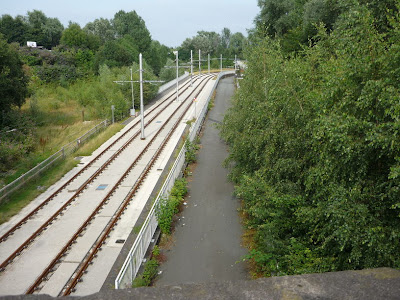 I could find nothing on the City Council's web site about the closure or anywhere else for that matter.

The maps given out to people interested in cycling contain quite a few errors and omissions. I don't trust these maps as they do not give accurate information about the conditions on the ground.

This is not a route I would recommend for cycling. There is too much stopping and starting and a lot of broken glass along the route. The Ashton Canal is a far better route.