Notices have appeared around Princes Bridge (NCN6) saying that the Ordsall Chord scheme, which would see the removal of Princes Bridge, has gone to a public enquiry. It looks like this may have been triggered by English Heritage who in their application to the secretary of state to halt the scheme concluded: ‘the necessity of causing substantial harm to individual designated heritage assets and to the historic environment in general has not been demonstrated, as there is an alternative route which is technically and operationally viable.’

The quality of the proposed temporary cycle route was not going to be good. 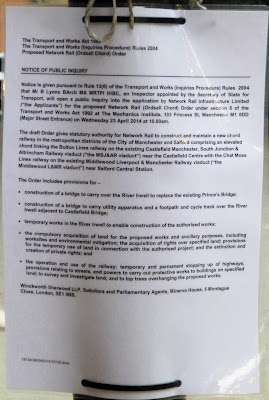 The enquiry will commence at the Mechanics Institute at 10am on the 23rd April. 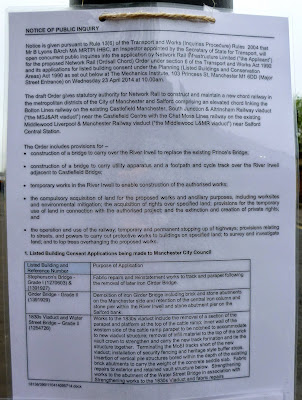 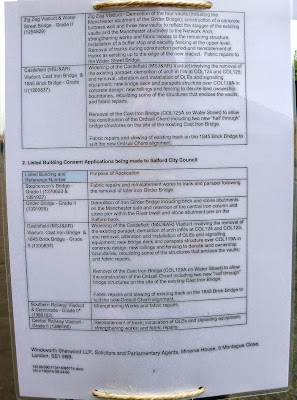