With an epic thunderstorm and torrential rain at around five o'clock, everyone was beginning to worry that the Halloween Critical Mass would be a washout. However, the pedal powered party people of Manchester are made of sterner stuff, had spent far to long on the costumes and own sufficient waterproofs to not be put off by rain on a warm autumnal evening. Besides, I'd spent far too long sorting out a music mix for the ride so I wasn't going to let the effort go to waste. In the end between 150 and 200 people turned out, which last year would have been a good turnout on a dry day!

And the costumes really were good. 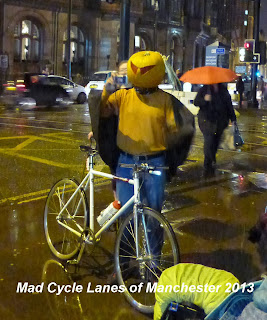 The ride was colourful if somewhat wet. 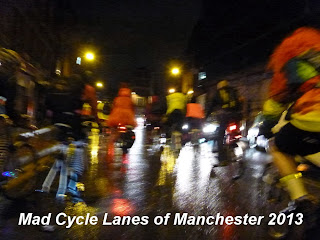 Some had painted faces, 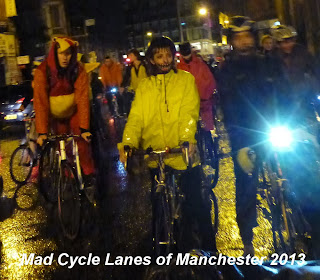 others had gone to town on the outfits. 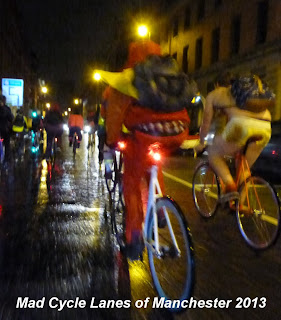 The orange devil with trident was the full works, 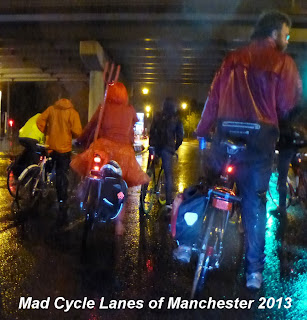 whilst little more than bandages were used to horrifying effect. 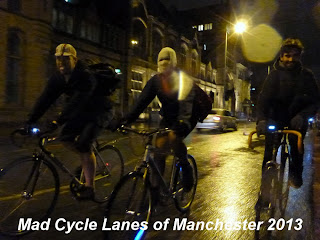 The ride was pretty wet at times but that just seemed to add to the atmosphere.

The ride ended at Platts Field Park, for the pedal powered film night. 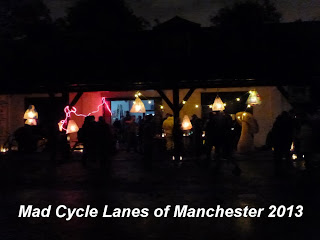 The boat house was dressed with lanterns providing a wonderfully warm welcome, and the interior was even better. 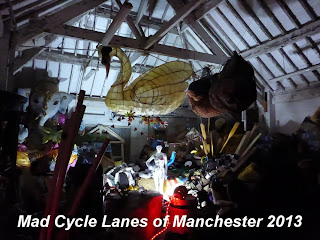