Putting the F word back into in cycling...

If there is one word that sum up cycling then it has to be FUN! 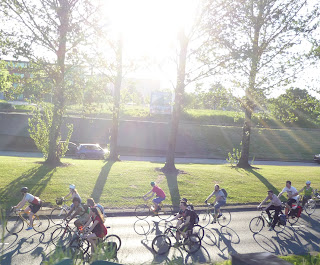 If we can't have fun then we've missed out on the most important aspect of cycling. Just being out on a bike can put a grin on your face, and cycling with others can be even better. 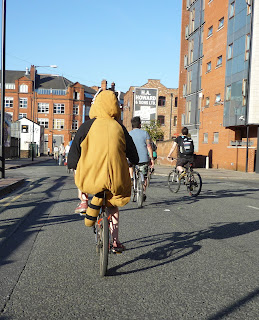 So whether it's taking part in a parade, 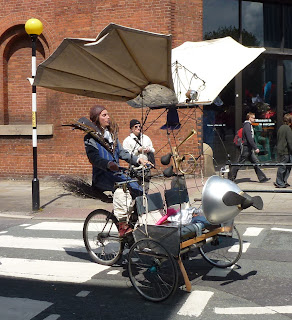 or just dressing up some bikes, don't forget the fun. 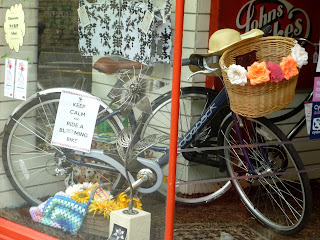 That's why a group of us have been meeting for a regular Saturday morning coffee at Popup Bikes in central Manchester. We've decided that we're going to conspire to put more of the fun back into cycling come along after 9am and join us for a chat.

Popup Bikes is lso currently hosting a photographic exhibition with photos by Paul Davy, and there will be a gathering there after this month's Critical Mass.

So if you've got ideas for putting the fun back into cycling in Manchester then come along and share your enthusiasm for pedal power...

Email ThisBlogThis!Share to TwitterShare to FacebookShare to Pinterest
Labels: fun