Despite the cold and dark, February's Critical Mass turned out to be really special. Many of the key people who help guide the mass were not present, often a sign of problems, but not this time. The mass took a while to get into rhythm, but today it was definitely gentle. The ride held together well, and a collective responsibility emerged. Several fast riders circulated around the mass taking the role of plugging side roads and even oncoming traffic with skill and good humour. Overall this was one of the most empowering Critical Mass rides I have taken part in. People really looked out for each other, even to the point of dropping off the ride to help with breakdowns and bumps.

Two sound systems were out on the ride, and my camera decided it was going to play up yet again, so some of these were taken blind.... 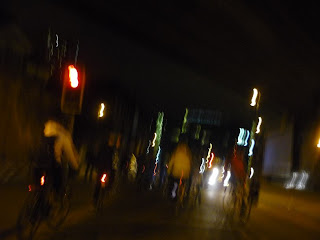 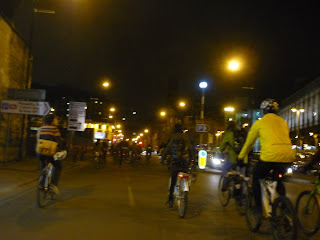 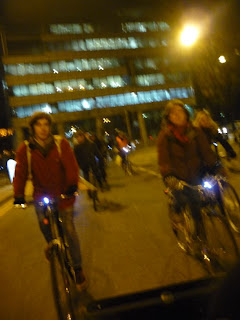 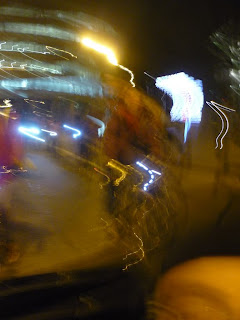 As the cold began to sap people's energy we headed over to Popup Bikes where there was a photo exhibition and book launch. 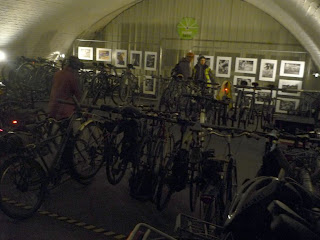 It was a wonderful way to end the ride and chat and warm up with good company. 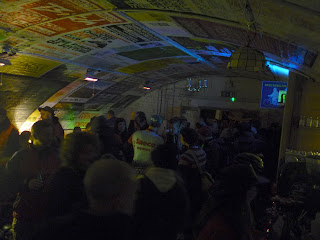 Thanks to all who made this ride special.

Update: there is a video from the ride now on Facebook, posted by Radu CoTet & made by Marco Massa

Further update: another video, this time from Fred Lowther-Harris