As the clocks change we enter the season of blurry photos... (if you are after pin sharp, high quality photos of the evening take a look at Dominic Torrisi's pictures of the ride) 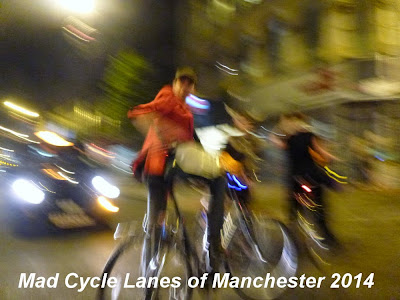 This October's Critical Mass fell on Halloween itself. It was also the warmest Halloween on record, ending in a dry evening making for a great party atmosphere out on the streets. It was a wonderful evening where Critical Mass fitted perfectly with the mood and dress sense of the rest of the party-goers in Manchester. 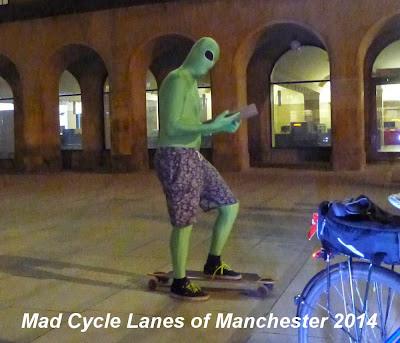 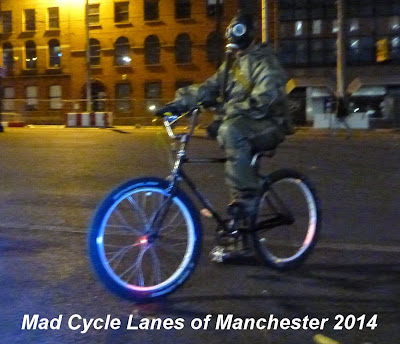 ...quite a bit further in some cases! 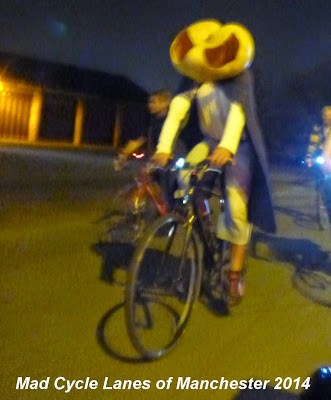 So many people had turned out in some sort of outfit, creepy in most cases 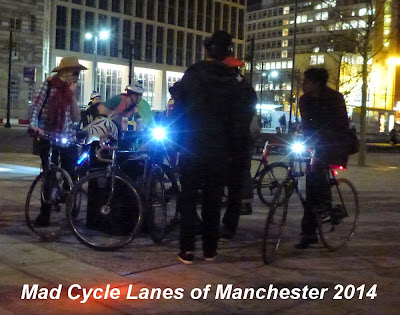 whilst others were sweet pussycats :) 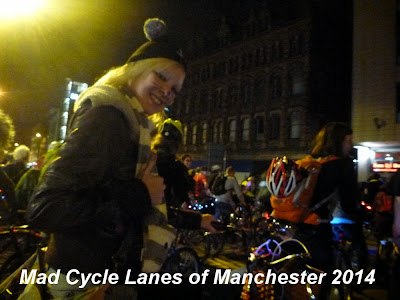 With Cooper Street blocked off the start was a bit awkward, with a short section of tram track on Mosley Street to get onto Fountain Street. 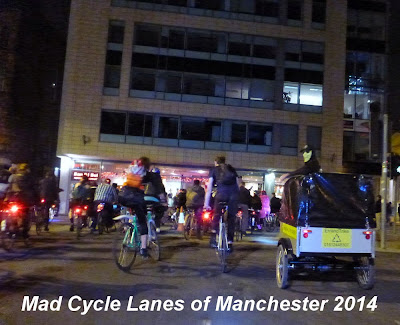 There was a new sound system on this ride, playing motorbike engine noises along with the music! 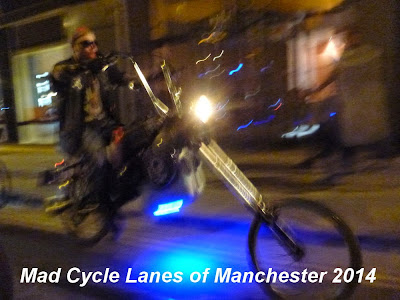 The mood of the ride was very relaxed and in full party mode. 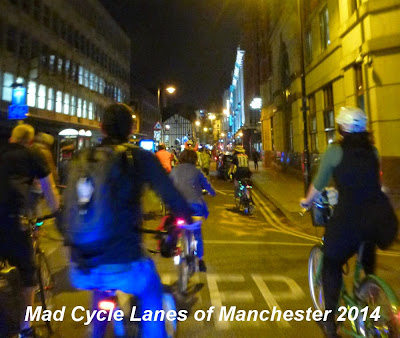 Some people had even dressed up their bikes too. 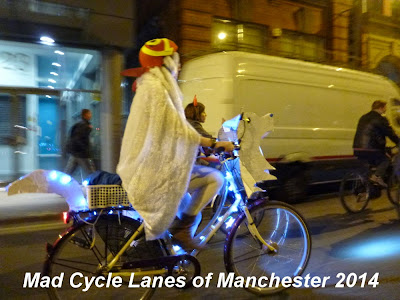 Lots of photos and video was taken. 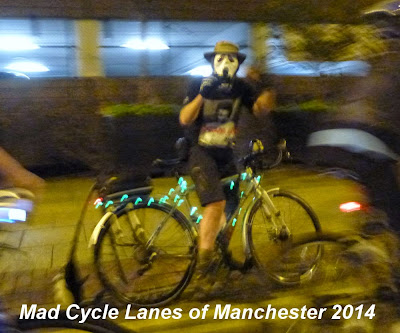 And we spooked the city centre looping round through many streets twice. 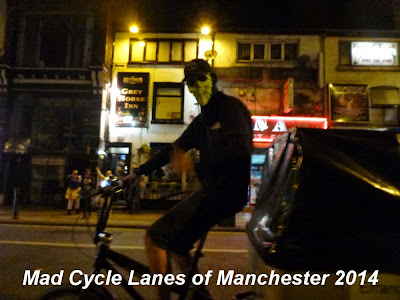 All in all it was a great ride, possibly the best ever. I couldn't count all the riders, but it seemed to be well in excess of 200. 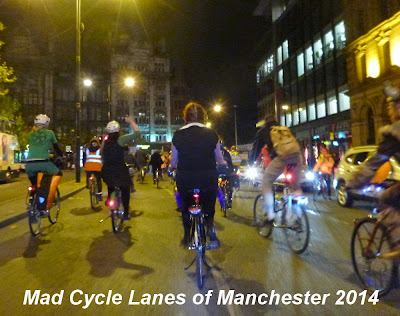 The ride kept itself to the city centre so was quite short and ended at The Angel where there was a performance by The Spokes. 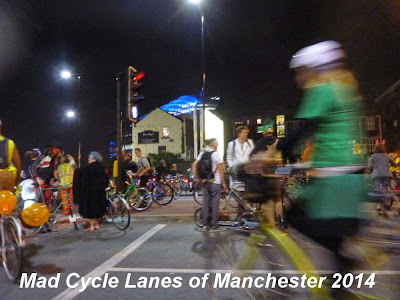 Can we critical mass get any better?