I cycled home today past the library, as I'd been told that it was looking really good now the hoardings had been removed and that some of the bike racks were in place. However, on arrival, the first thing I noticed was that even late on a Sunday afternoon, bikes were still being locked to the tram stop railings. 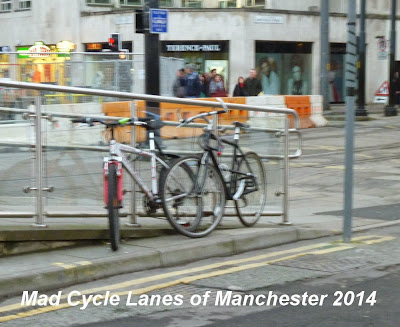 Yes the place does look a lot better, but you have to look hard to find the new bike racks. 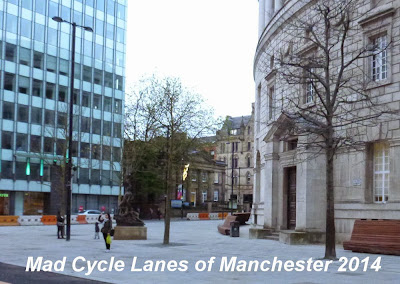 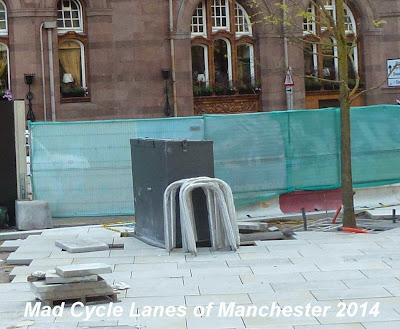 a grand total of two have been installed near the Library entrance. 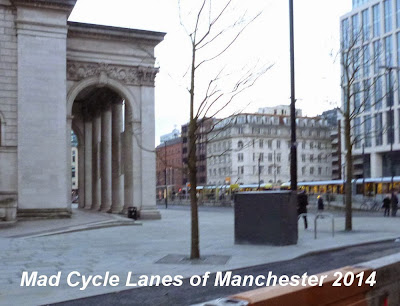 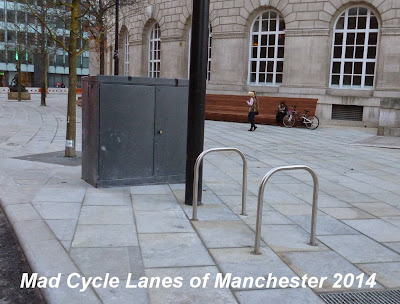 So what happened to the other seven? 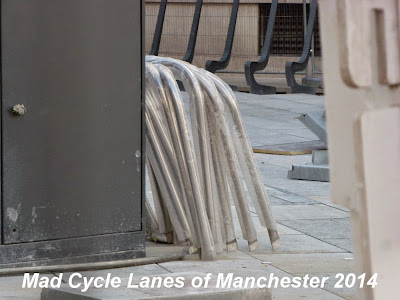 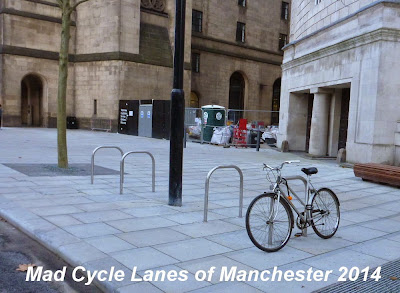 I know Manchester City Council are putting together a project to put more cycle parking in the city centre, but it is really sad when an expensive scheme like this one did not include sufficient cycle parking to meet even the current demand.

Of course, one impact of this scheme was to close the cycle route across the front of the library, so one wonders if the designer hoped the bicycles would go away.